Shares of Bed Bath & Beyond Inc. (NASDAQ:BBBY) were up 8.6% as of 1 p.m. EST Monday amid speculation that the specialty retail chain could benefit greatly from the passage of a congressional tax bill.

More specifically, Wedbush analyst Seth Basham predicted that with the Senate voting to pass its version of the tax bill over the weekend, there's a "very good" chance we'll see corporate taxes reduced beginning in either 2018 or 2019. 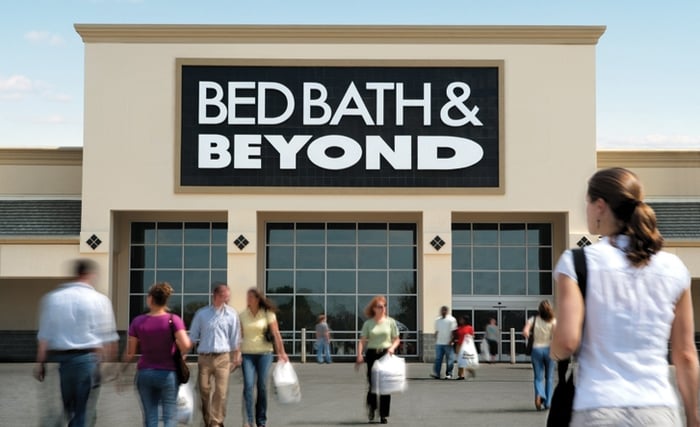 As such, many domestic hard-line retailers like Bed Bath & Beyond could be poised to enjoy an average increase in earnings per share of around 23%, assuming the Federal corporate tax rate is reduced to 20% as both the House and Senate bills dictate.

Bed Bath & Beyond wasn't the only company Basham singled out. He also listed Pier 1 Imports (OTC:PIRRQ), CarMax (NYSE:KMX), and Lowe's (NYSE:LOW) as other potential prime winners of the legislation -- and shares of each business are up at least 3% as of this writing.

But Bed Bath & Beyond has been hit particularly hard given today's challenging retail landscape. Even after today's pop, shares are still down more than 40% so far in 2017. That includes a nearly 30% plunge between the beginning of September and the end of October, after weak comparable-store sales led the company to reduce its per-share earnings guidance for the year.

To be fair, Bed Bath & Beyond is also undertaking an ambitious business restructuring that includes operational efficiency initiatives and the realignment of its store management structure. Investors should receive an update on the progress of those initiatives when the company next reports earnings on Dec. 20, 2017.

In the meantime, given the prospect of an impending tax-related boost to its bottom line, it's no surprise to see shares bouncing today in response.