The stock market saw some signs of internal discord on Monday, as major benchmarks moved in different directions. The Dow Jones Industrials were up triple digits, celebrating the Senate's passage of its version of the tax reform bill late Friday, though they ultimately closed with more modest gains. There was continued interest in shares of companies in the more cyclical areas of the economy. Yet the Nasdaq Composite fell sharply as investors seemed to gravitate away from the high-growth market darlings that have driven returns for quite a while. Amid the volatility, some individual stocks fared quite well, and Blue Apron (NYSE:APRN), General Cable (NYSE:BGC), and Cameco (NYSE:CCJ) were among the best performers on the day. Below, we'll look more closely at these stocks to tell you why they did so well.

Shares of Blue Apron climbed 17% as investors continued to react favorably to the meal-kit preparation specialist's decision to replace its chief executive officer. The company said on Friday that outgoing CEO Matt Salzberg would be replaced by CFO Brad Dickerson at the top, and that led to significant gains to close out last week. Today, analysts at Barclays suggested that the move could help Blue Apron establish a low point for its share price and help to stabilize its business going forward, and upgraded the stock from underweight to equal weight and set a $4 per share price target. That's not a huge vote of confidence for a stock that came public at around $10 per share, but the meal-kit service still has to prove it can succeed from a fundamental business perspective. 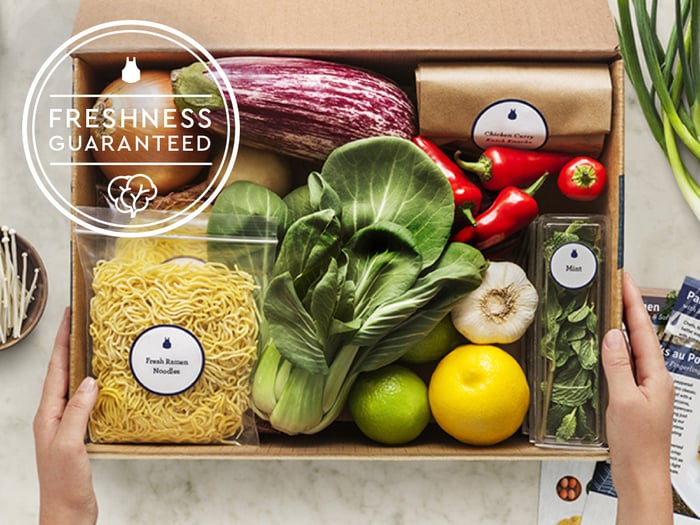 General Cable stock soared nearly 35.5% after the cable maker received a buyout bid from an industry peer. Italian company Prysmian offered $30 per share in an all-cash offer for General Cable, valuing the Kentucky-based manufacturer at about $3 billion. The companies believe that they'll be able to close on the deal by the third quarter of 2018, and Prysmian sees the move helping to increase its presence in North America while also providing for expansion in other markets like Europe and South America. General Cable had started looking at strategic alternatives for its business back in July, and those shareholders who stuck with the company have been rewarded for their patience.

Finally, shares of Cameco climbed 13%. The uranium specialist posted large gains on news that the country of Kazakhstan, which is the world's largest producer of uranium, had cut its forecast for output by 20% over the coming three years. Many in the uranium market have waited for a long time for such a move, with supplies of uranium having been excessive as demand for nuclear-power fuel has waned in recent years. Despite a short-term bump, it's far from certain that the latest news will create a lasting rebound for uranium prices, but shareholders in Cameco are hopeful that market conditions could create more favorable opportunities to lock in business for the long run.