Shares of Eagle Bancorp Inc. (NASDAQ:EGBN) are up about 10% as of 11:15 a.m. EST on Monday after losing 24% of their value in active trading on Friday. Over the weekend, Eagle Bancorp put out two press releases responding to allegations made by Aurelius Value about insiders using the bank for their own personal profit.

Aurelius Value's report cast a negative light on the bank's internal controls, particularly as it relates to loans and credit lines extended to company insiders and to businesses in which the bank's insiders have a vested interest.

Eagle Bancorp published its first response to Aurelius Value after the market closed on Friday, writing that the report relies on "unsubstantiated claims in two pending lawsuits." It went on to say that "contrary to the misrepresentations by Aurelius, the loans identified in the piece were not made to the identified executive, and, in any event, were approved and disclosed (where required) in compliance with Regulation O." 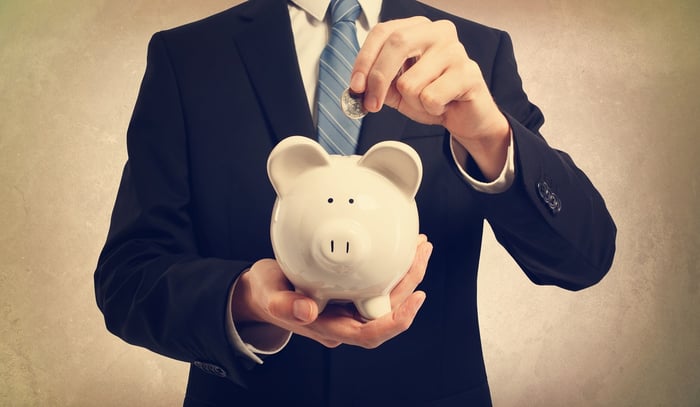 Late Sunday night, Eagle Bancorp doubled down with yet another press release, stating "we summarily reject the allegations" made by Aurelius Value. It also put a positive spin on loans to insiders. A snippet from the press release appears below.

In most banks, you will find that the making of loans to insiders is not just present but desired. This is especially the case at community banks, where directors bring in those they know to the bank, whether as friends, business partners or peers in the community. There are required disclosures of loans to insiders (as defined in Regulation O), both in annual filings with the Securities and Exchange Commission and in quarterly Bank regulatory reports. The filings by the Company have always been complete, receiving the attention of monthly Board meetings, the Bank's Compliance team, the internal Disclosure Controls Committee and the Audit Committee of the Board. In addition, there are external independent auditor reviews. In all such cases, the loans are made on market-rate, not preferential, rates and terms. The Bank treats insider and related party loans exactly the same as borrowers who have no director or officer relationship with the Bank.

Only time will tell who is right and who is wrong, but the market seems to be giving Eagle Bancorp a little more credit after hearing its side of the story on Monday.