Shares of General Cable Corporation (NYSE:BGC) jumped as much as 35.2% in trading on Monday after the company accepted a $3 billion buyout offer from Prysmian Group. Shares traded in a tight range during the day, and at 1:30 p.m. EST shares were up 35.1%.

Prysmian agreed to pay $30 per share in cash, an 81% premium to July 14, 2017 when the company announced it was undertaking a strategic review. The deal has already been approved by both companies' boards of directors, and Italian company Prysmian has proposed financing some of the transaction through an equity offering. 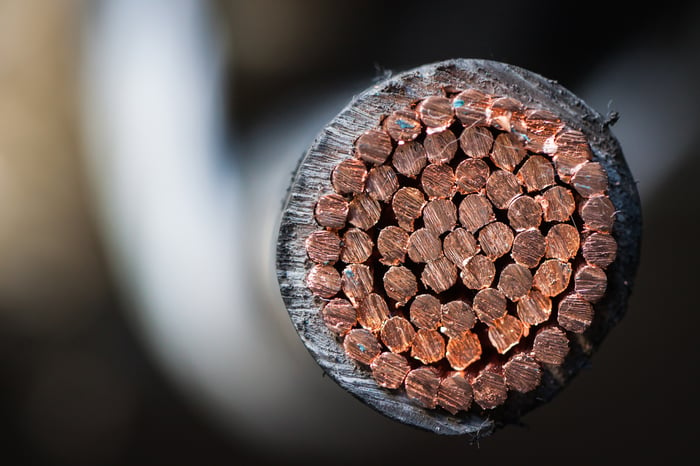 The acquisition isn't expected to close until the third quarter of 2018, but shares are already trading near the offer price, so the market thinks it's highly likely to close.

Given the massive premium being paid, I think it's probably wise to take some gains off the table. There's still a possibility that the acquisition won't close -- and if that happens, shares could give back today's gains.

What we do know is that General Cable's strategic review led to a big buyout offer, which drove shares higher today.