Please ensure Javascript is enabled for purposes of website accessibility
Log In Help Join The Motley Fool
Free Article Join Over 1 Million Premium Members And Get More In-Depth Stock Guidance and Research
By Lee Samaha - Updated Dec 4, 2017 at 11:22AM

A look at what went wrong last month and what investors should expect next.

General Electric Company (GE -1.24%) stock fell 9.3% in November, compounding a disappointing year for investors. In a nutshell, GE's investor update on Nov. 13 failed to demonstrate that a quick fix for the company's problems was in the cards. In addition, a 50% dividend cut would have disappointed any income-seeking investors holding the stock.

Investors were given several more reasons to sell the stock. In particular, GE's power-segment problems were revealed to be deeper than many had anticipated, and the overall near-term earnings and cash flow guidance was disappointing -- management's guidance for full-year 2018 adjusted EPS in the range of $1 to $1.07 implies a decline from analyst estimates for $1.07 in 2017. Moreover, if it wasn't for debt issuance and the prospect of asset sales, GE's new, and reduced, dividend is arguably poorly covered. 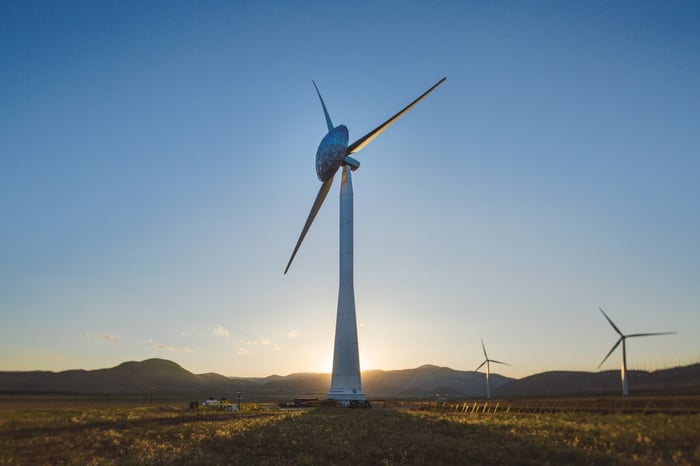 The color on the problems in the power segment and the scale of the challenges ahead remind investors that GE's power segment -- traditionally its core activity -- may well be facing structural problems. Specifically, increasing usage of renewable resources for electricity generation could threaten demand for GE's smaller gas turbines, and the falling cost of energy grid storage could reduce demand for gas turbine equipment and services.

In addition, the disappointing performance in power and oil and gas raises questions about the previous management's decision-making -- GE made significant investments (Alstom's energy assets and the Baker Hughes merger) in both industries.

On a brighter note, the aviation segment has strong long-term prospects, not least from ramping up production on the company's highly successful LEAP engine. GE is also a leading player in renewables and storage, while its healthcare subsidiary is a relatively predictable, if slow-growing, cash cow for the company.

Looking ahead, management's aim is to complete its plan to exit its transportation, industrial solutions, and lighting businesses while exploring options with Baker Hughes. Furthermore, the power segment should start to stabilize in 2019, and renewables and aviation should continue to generate strong growth -- management expects 7% to 10% operating profit growth for renewable energy and aviation in 2018. Meanwhile, net structural cost cuts of $2 billion should boost profitability in 2018 and set the company on a path of improving cash flow generation.

In the long term, GE's management expects 2% to 4% organic revenue growth, with operating margin expansion and free cash flow conversion from net income of 90% to 100%, compared to around 65% in 2017. Achieving these aims could make GE stock a good value right now -- the stock trades at less than 17 times analyst estimates for earnings in 2018 -- but a lot depends on the company's ability to turn things around in the power segment.