Please ensure Javascript is enabled for purposes of website accessibility
Log In Help Join The Motley Fool
Free Article Join Over 1 Million Premium Members And Get More In-Depth Stock Guidance and Research
By Travis Hoium - Updated Dec 4, 2017 at 6:44AM

Could a buyout of this legendary toymaker be on the horizon?

Shares of toymaker Mattel, Inc. (MAT -1.12%) jumped 29.2% in November, according to data provided by S&P Global Market Intelligence, driven by news that Hasbro, Inc. (HAS -0.65%) has approached the company about a buyout. No deal is imminent, but it appears to be more serious than past forays to combine the two.

We don't know the terms Hasbro might be offering or have any assurance that a deal will go through. So, investors buying Mattel are purely speculating on an acquisition. 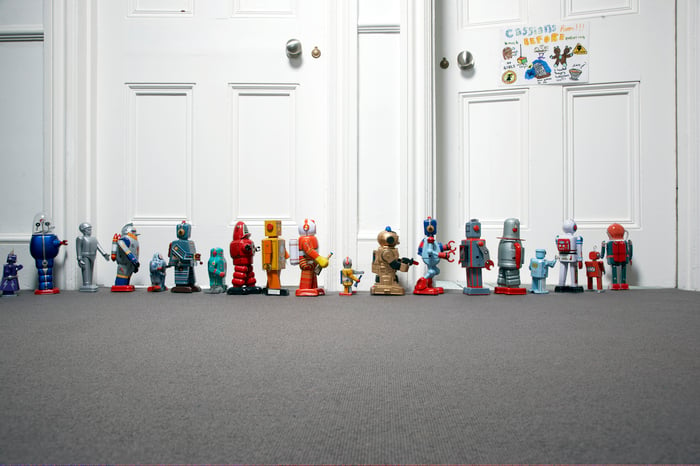 Hasbro sees its smaller toy rival as a potential target in the battle for toy dominance. Not only would Mattel bring brands like Barbie and Hot Wheels into the fold, but it will also make it easier to win licensing deals in the future. Mattel and Hasbro are bitter rivals when licensing deals come up and having both under one roof should lead to lower licensing costs and higher margins.

In a lot of ways, the combination of Hasbro and Mattel makes sense because it would likely lead to a more profitable company over the long term. But the government may not allow such a deal to happen, which I see as a big roadblock if the two companies can come to terms.

I wouldn't buy shares of Mattel on buyout rumors alone, but if the merger succeeds, it could be a big win for toy investors long term.