Shares of Ascena Retail Group (OTC:ASNA) were moving higher last month along with the much of the retail industry as the Lane Bryant-parent benefited from better-than-expected earnings from its peers, low expectations, strong Black Friday reports across the industry, and hope for the tax bill currently going through Congress.

According to data from S&P Global Market Intelligence, Ascena, which owns Ann Taylor, Dress Barn, and a number of other women's apparel brands, rose 20.6% last month. As the chart below shows, the stock was volatile over the course of the month as its two surges came when retail earnings reports first began coming and then after Black Friday reports showed a strong start to the holiday-shopping season. 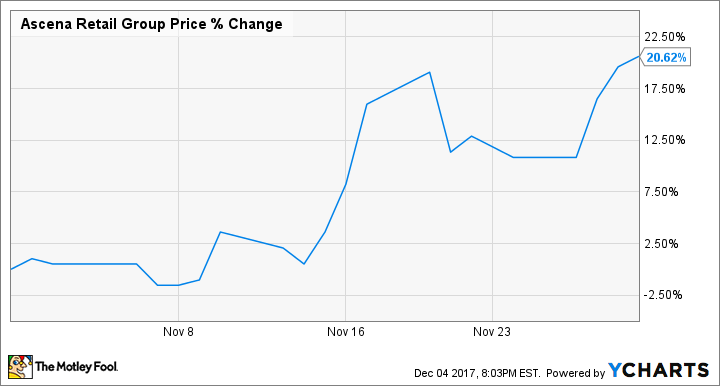 Though there was little direct news out on Ascena during November, bullish reports by Macy's, Victoria's Secret-parent L Brands, and others helped get the stock revving higher on Nov. 15 as it gained nearly 20% in just four sessions. Optimism also seemed to be building for the company's first-quarter earnings report that came out Dec. 4 as the stock came into November down nearly 70% year to date, indicating an opportunity for it to bounce back on a decent earnings report.

The stock climbed again in the last week of November as multiple research outlets reported better shopping trends over the holiday weekend than expected and as the tax plan in Congress that would slash corporate tax rates moved forward.

Ascena stock gained another 12% over the first two trading days in December in tandem with retail stocks and as the Senate passed its version of a tax overhaul plan. However, shares of the Ann Taylor-parent crashed after the company's first-quarter earnings report came out, down 20% after hours. 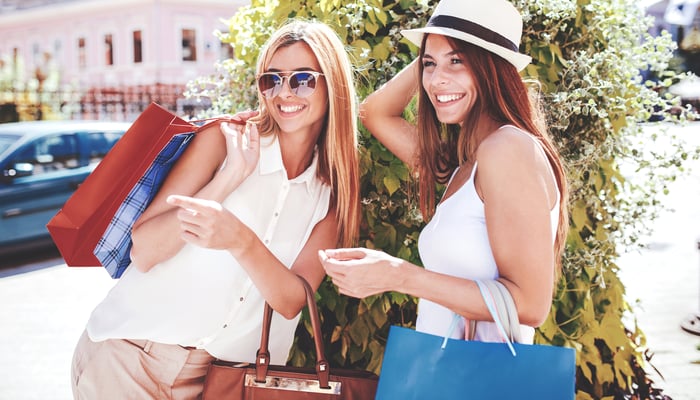 Comparable sales slipped 5% in the period, falling in all seven of the company's brands, and overall revenue declined 5.5% to $1.59 billion, which matched estimates. On the bottom line, adjusted earnings per share shrunk from $0.18 to $0.11, which also equaled expectations.

Still, CEO David Jaffe called it a "disappointing quarter" as the company was "unable to capitalize on the improving macro traffic environment due to fashion missteps." Looking ahead, guidance was also weak as the company sees comparable sales falling 4% to 6% and a loss per share of $0.07 to $0.12. Both projections were worse than analyst estimates.

Given the weak outlook and the fashion missteps, it's not surprising to see the stock giving up much of last month's gains.