Shares of Lands' End (NASDAQ:LE) skyrocketed nearly 24% in Tuesday's early trading, then settled to trade up around 6% as of 1:15 p.m. EST after the casual clothing, accessories, and footwear retailer announced stronger-than-expected fiscal third-quarter results. 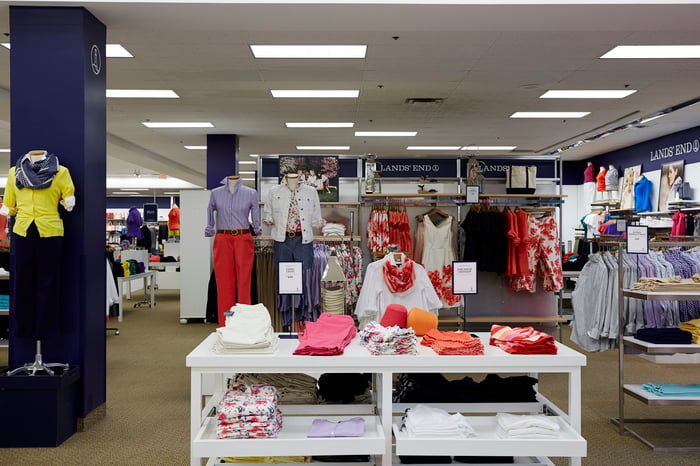 Lands' End's top line included a 6.7% increase in direct segment revenue, to $290.3 million, and a 10.8% decline in retail segment revenue to $35.1 million. To be fair, the latter drop was primarily the result of fewer Lands' End shops at Sears, as the beleaguered department store chain has closed a significant number of locations over the past year.

"We are pleased with the continued momentum in our business in the third quarter, which carried through the Thanksgiving to Cyber Monday period," elaborated Lands' End CEO Jerome Griffith. "[W]e grew revenue, expanded gross margin, and significantly increased profitability."

Lands' End didn't provide specific financial guidance for the fiscal fourth quarter. But Griffith added that the company looks looks forward to building off this momentum as it strives toward "consistent revenue and earnings growth over the long term." All in all, this was a great start to that end, and it's no surprise that Lands' End stock is rallying in response.