A really, truly mouth-watering dividend -- say, a double-digit yield -- is a thing of real beauty for an investor. Too bad none of these stocks have one, and they ought to be ashamed of themselves.

In some cases, though, there are perfectly good reasons why a company offers a dividend that seems embarrassingly low. But for income investors, there are usually better options. Let's look at why The Chemours Company (NYSE:CC), Anadarko Petroleum (NYSE:APC), and Honeywell International (NASDAQ:HON) are dividend duds, and reveal some better options for income-focused portfolios. 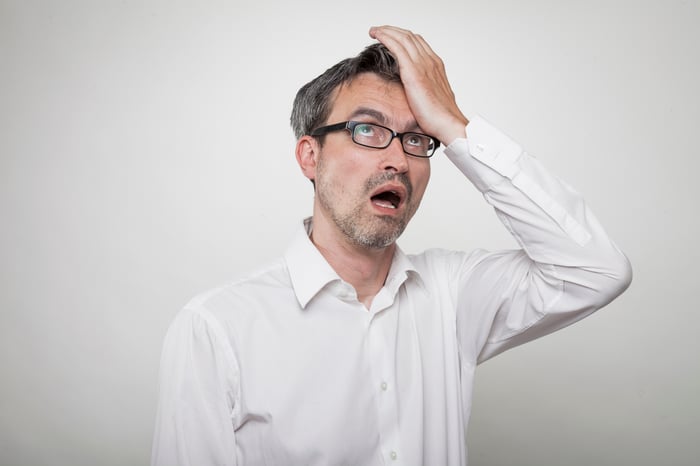 Companies with low dividends ought to be embarrassed -- most of the time -- when there are better yields in the same sector. Image source: Getty Images.

Child of a naughty parent

When DuPont spun off Chemours in 2015, it wasn't very nice to the fledgling company. DuPont loaded Chemours up with $4 billion in debt, or about 4.5 times the company's EBITDA. DuPont even threw in a bunch of legal liabilities to boot. However, one nice thing the parent company gave Chemours investors was a robust $0.55 quarterly per-share dividend.

Given the debt and the legal liabilities, plus a slumping market for Chemours' signature chemical product, titanium dioxide, it should come as no surprise that Chemours paid out that $0.55-a-share dividend once, and then promptly slashed it by 94%, to just $0.03 a share. The company's fortunes have since improved, with its share price rising more than 130% so far this year. But its quarterly dividend is still stubbornly stuck at $0.03 a share, for a tiny 0.2% yield.

That pathetic yield isn't the only problem Chemours has right now, but investors might want to consider the parent, which has since merged with Dow Chemical to become the unimaginatively named DowDuPont (NYSE:DD). DowDuPont sports a best-in-class 3.1% yield and is poised to perform well as the combined company finds cost-sharing synergies and eventually spins off parts of its business into focused single-sector companies.

It's been a rough year for Anadarko Petroleum, along with many other independent oil and gas exploration and production companies. Anadarko shares have lost 31% of their value so far this year, and the company has failed to turn a quarterly profit since 2015. Adding insult to injury, a Colorado home explosion in April was shown to be caused by a nearby gas well owned -- albeit not drilled -- by Anadarko.

But when share prices slump, dividend yields rise. So what is Anadarko currently yielding? 0.4%. The company was forced to cut its quarterly dividend from $0.27 per share to $0.05 per share in 2015.

There are better dividends (and better companies) in the oil patch these days. Of course, the oil majors all have decent dividends, but if you're looking for an independent oil and gas driller with a decent dividend, you could check out Apache Corporation (NASDAQ:APA), which has never cut its dividend and currently yields a best-in-class 2.4%. Apache is also expecting big things from the Alpine High find that it's currently developing in West Texas.

How low can it go?

At just 1.8%, Honeywell's dividend isn't as low as that of Anadarko or Chemours. But it's pretty embarrassingly low for an industrial conglomerate. Consider that rival United Technologies is yielding 2.2% and General Electric -- even after its pending dividend cut -- will yield about 2.6%.

But the reason for that lower yield is actually a plus for Honeywell: share price appreciation. While GE's shares have dropped more than 42% so far this year, and United Technologies' have risen just 10.8% -- underperforming the S&P 500 -- Honeywell's shares have risen 34.7% on the back of strong sales growth and guidance improvements.

Don't expect that dividend yield to grow a whole lot more, though. The company just upped its quarterly dividend from $0.665 a share to $0.745 a share, so if the company continues to outperform, the yield may continue to slip. Of course, with its shares continuing to rise, that's really nothing to complain about. I'll take a slightly lower yield with strong share price appreciation over the opposite any day of the week.

There are many reasons a stock's dividend yield might be low. Like Chemours or Anadarko, it may have had to cut its dividend due to operational or balance sheet issues. Or, like Honeywell, it might have seen such impressive share price appreciation that its yield can't keep up. That's why it's important to look past the yield to the company's underlying performance.

That's why investors should feel confident picking up shares of DowDuPont, Apache, and Honeywell to get strong companies with solid yields and possibly even some price appreciation in the bargain.