Please ensure Javascript is enabled for purposes of website accessibility
Log In Help Join The Motley Fool
Free Article Join Over 1 Million Premium Members And Get More In-Depth Stock Guidance and Research
By Keith Noonan, Chuck Saletta, and Danny Vena - Dec 6, 2017 at 8:35AM

These promising stocks are priced at a discount.

With the holiday season kicking into gear, legions of prospective gift givers are scouring catalogs, online stores, and shopping aisles hoping to find the best deals around. Forward-thinking investors are also on the hunt for bargains, knowing that seizing the right opportunities could help ring in the new year on a positive note.

With that spirit in mind, we asked a panel of three Motley Fool investors to spotlight a bargain buy that has the potential to be a long-term winner for your portfolio. Read on to see why they identified Mylan (MYL), Apple (AAPL 1.62%), and Momo (MOMO 4.95%) as top value stocks to buy this December. 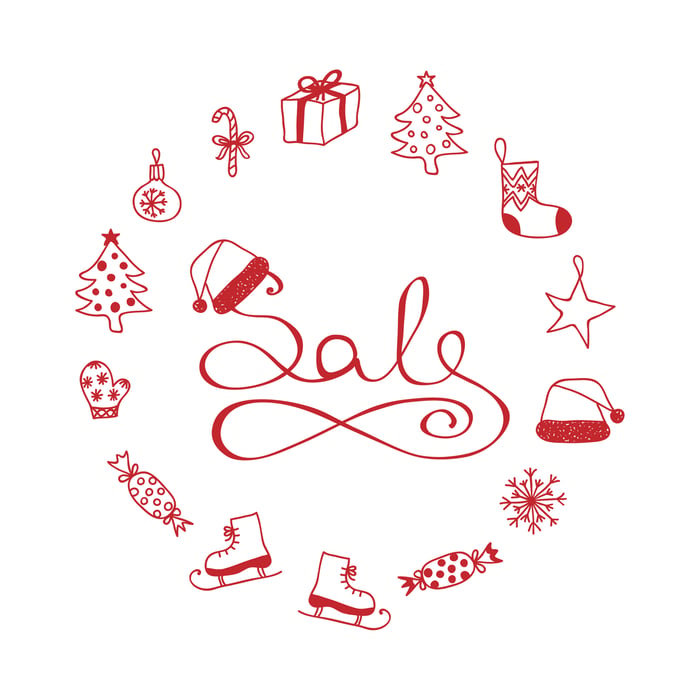 A company that helps keep healthcare costs down

Chuck Saletta (Mylan): There's money to be made in healthcare -- including by those companies that are dedicated to keeping overall healthcare costs in check. Generic-drug maker Mylan does just that by focusing on pharmaceuticals that are no longer protected by patents. By manufacturing medicines without the heavy research investments associated with new drug development, Mylan can profit while offering comparable healthcare products at far lower prices.

That's an important market to serve, and it provides a solid reason to believe Mylan can continue to thrive for a long time to come. What makes it a value stock, however, is its current market price compared to its potential earnings power. For 2018, analysts expect Mylan to deliver $5.36 per share in earnings. At a recent market price of $38.12 per share, that gives it a forward price-to-earnings ratio around 7.1.

That's a reasonable price for a company that's not expected to grow much. While Mylan isn't going to light the world on fire, analysts think it will be able to increase its earnings by around 4% annualized over the next five years. That growth makes it look like a downright bargain at today's prices. On top of that, with a debt-to-equity ratio of only about 1.2 and a current ratio above 1.3, Mylan's balance sheet looks solid enough that it should be able to endure a typical recession and emerge strong.

A consumer tech titan on sale

Danny Vena (Apple): Some investors might balk at the idea that a value stock could increase 56% over the past year and sport the world's largest market cap at over $875 billion. Still, there's clearly an argument that Apple is a value stock.

By the most common measure of value -- the price-to-earnings ratio -- Apple is clearly cheap. The company currently trades at only 18 times trailing earnings, far below the S&P 500's trailing valuation of 25 times.

There are other reasons to like Apple. Its dividend yields 1.5%, while paying out only 26% of earnings, which gives the company plenty of room for future increases. Apple has also been buying back mounds of stock, retiring 20% of its diluted outstanding shares over the last five years.

The company isn't without risk. Apple reaped 55% of its revenue in the most recent quarter from its flagship iPhone. With the recent release of the iPhone 8 and iPhone X, some are expecting a "super" upgrade cycle, but once that winds down, many worry that sales will stagnate.

Apple is not counting solely on the iPhone for future growth. The company plans to double its services revenue -- which includes Apple Music, Apple Pay, The App Store, and iCloud -- to nearly $50 billion by 2020.

Finally, if tax reform passes, it could save Apple an estimated $50 billion in taxes on its $268.9 billion cash hoard, much of which is overseas.

Keith Noonan (Momo): For investors looking for compelling growth stocks trading at discount prices, Momo is a standout candidate. The Chinese social media platform has evolved from a dating-focused app to become a service for general purpose messaging and video streaming, and it looks to have a promising future.

The roughly $5 billion market cap company's most recent quarter saw sales increase 126% year over year and net income more than double over the prior-year period to reach $79.1 million. Revenue growth for the October-ended quarter actually came in better than expected. While sales growth over the trailing-nine-month period is still up 204% year over year, underwhelming guidance and a lack of sequential growth for the company's paying user base has shares trading down roughly 20% from the day before its Nov. 28 earnings release and down 35% over the last six months.

Following the big post-earnings sell-off, shares now trade at just 15 times forward earnings and less than four times forward sales. Those are appealing metrics in the context of the company's growth opportunities. Its push into video has proven very successful, with Q3 sales from the category climbing 179% to reach $302.6 million, or roughly 85% of third-quarter sales. Live-streaming video looks to be a long-term growth category in China, and Momo's associated business of selling virtual gifts to users should drive earnings growth as its social network scales and emerges from heavy spending periods.

Momo stock isn't a risk-free investment, of course, but it presents an attractive risk-reward dynamic at current prices.