Ulta Beauty (NASDAQ:ULTA) reported its third quarter earnings last week, and there were plenty of reasons for long-term investors to cheer. While the cosmetics industry overall saw a slowdown over the summer, the company is proving once again to be a standout leader in this space.

After diving into management's comments from the earnings call, here is what Ulta investors need to know.

In contrast to the second quarter, when Ulta limited discounts in favor of preserving margins, the company decided to offer customized discounts to win back customers after the color cosmetics category slowed, and Hurricanes Harvey and Irma disrupted sales. While that decreased gross margin 110 basis points to 37.6%, management pointed to strength in these other metrics:

As a result, Ulta gained 320 basis points of market share. As CEO Mary Dillon has previously indicated, ULTAmate rewards is the company's "secret sauce", so long-term investors should cheer the continued growth in sales and membership. 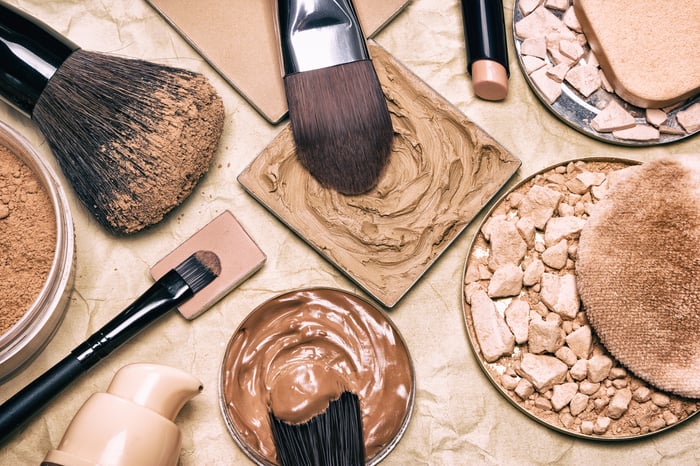 As I noted in my earnings preview, the new MAC partnership is off to a strong start. Branded boutiques are already in 107 stores, with plans to expand to 120 stores by the end of the year.

MAC is the top-selling brand in 80% of the Ulta stores where it has been rolled out and a close second in the rest. In fact, while the overall color cosmetics segment slowed, the big four prestige brands of MAC, Clinique, Lancome, and Benefit were "very strong", according to management, accounting for almost one-third of the overall comp sales number.

Management also believes operating margin should expand to its target of 15% by the end of 2019, up from 13.5% over the past nine months.

This is because the company has actually stepped up investments this year, aggressively installing exclusive boutiques (such as MAC) in its stores. However, these investments should be largely in the rearview by the end of this year, and CFO Scott Settersten believes capital expenditures should decrease from $450 million this year to less than $400 million in 2018. The company should continue to expand free cash flow next year, even if its growth moderates.

Wait, what about international?

One final thing that caught my ear was an offhand comment made by Settersten toward the end of the call. After an analyst asked how the company might spend the proceeds from a corporate tax cut, Settersten said:

I mean, there's lots of things that we have on our road map that potentially we'd like to accelerate to drive the core business. There's things, other growth levers like international, things that we've been thinking about that perhaps we could get a little quicker start on ...

Thus far, Ulta has given a unit target of 1,400 to 1,700 stores in the U.S. but has not mentioned international. However, given the success of the business model and the maturity of the store footprint in the U.S., I've always wondered if the company could eventually expand to Canada, Mexico, or overseas. While it doesn't look as though that will happen anytime soon, we now know management has at least been discussing it, which could eventually expand the company's overall market.

Increased market share, lower expenses, and the potential for further expansion should all make investors with a long-term investing horizon enthusiastic about Ulta's future.