A per share loss that missed expectations sparked a double-digit loss for the gas compression company.

Shares of gas compression services provider Archrock (AROC -0.53%) declined 17.5% in November and its subsidiary partnership, Archrock Partners (NASDAQ: APLP) also dropped 12%. The significant driver of this past month's poor performance was the company's third-quarter earnings report on Nov. 2, which was below Wall Street's expectations.

For the third quarter, Archrock reported a per-share loss of $0.09, which was well below the $0.02 per share loss Wall Street was expecting. It also doesn't help that management hasn't been able to stay on track to reduce leverage at Archrock Partners. At the beginning of the year, management stated that it wanted to achieve a leverage ratio of 3.5 times. At the end of the quarter, though, Archrock Partners' debt-to-EBITDA ratio was 6.2 times. According to management definitions, leverage and debt-to-EBITDA aren't exactly the same metric, but they are close enough to show that management is nowhere near its goal. 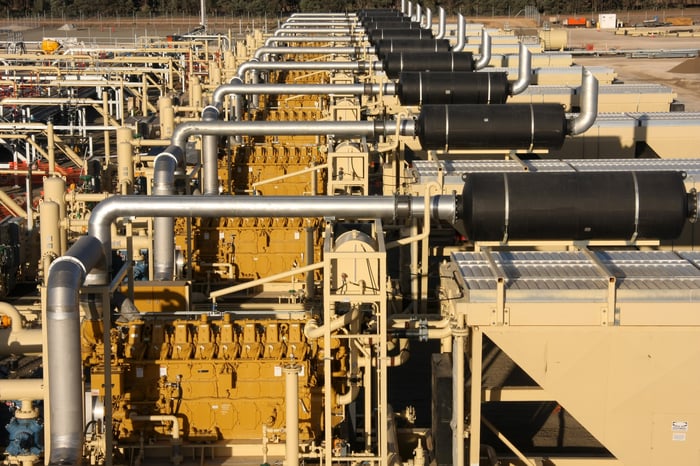 If there is a silver lining in this, it's that the largest factor in that result was the company's higher than usual costs as it ramps up to growing customer demand. So there is a possibility that this recent spate of bad results is a sign that things are about to improve.

Archrock and Archrock Partners are polarizing stocks. On the one hand, the two operate in an industry that is poised to boom in the coming years as natural gas production and transportation kick into high gear as the U.S. becomes a dominant exporter of natural gas. Conversely, management has struggled to meet its targets and deploy its assets in the most effective way possible. It's entirely possible that growing demand for gas will push Archrock higher regardless of the company's internal flaws, but it will likely take a quarter or two before we can determine if that is indeed the case.

Danger Lurks for These 3 High-Dividend Stocks