Please ensure Javascript is enabled for purposes of website accessibility
Free Article Join Over 1 Million Premium Members And Get More In-Depth Stock Guidance and Research
By Jim Halley - Oct 20, 2020 at 8:36AM

Chasing these three high-yield dividend stocks could ultimately be hazardous to your portfolio.

Yes, there is too much of a good thing when that good thing is a dividend that's unsustainable. ExxonMobil ( XOM -0.77% ), Archrock ( AROC 0.54% ),  and ONEOK ( OKE -0.81% ) are all enticing right now because their dividends yield close to 10%, but that has more to do with their falling share prices than their dividend policy.

If and when these companies cut their dividends, their share prices could plunge further, leaving investors in their wake.

Not surprisingly, all three of these companies are energy stocks, a sector whose shares have fallen an average of more than 42% this year, due to an overabundance of oil and gas reserves and lowered demand because of the coronavirus pandemic. 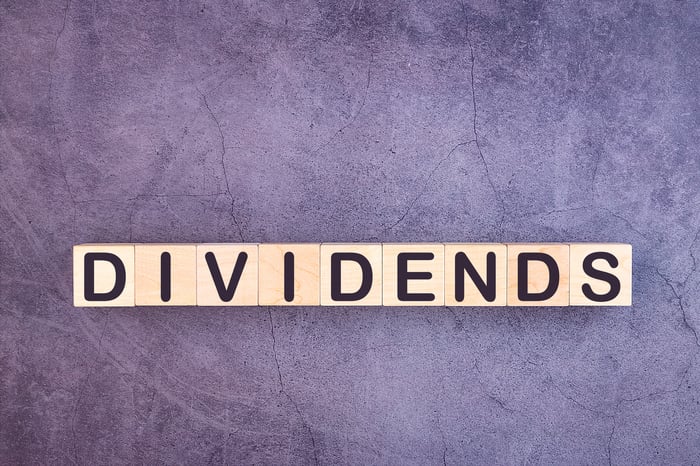 Beware of getting trapped with Exxon

ExxonMobil, a Dividend Aristocrat that has raised its annual dividend payout for 37 consecutive years, has become a value trap.

The company's stock is down more than 50% year to date, sending the yield of its dividend soaring to above 10%, a level that will be hard to sustain for the oil giant, particularly based on its payout ratio of 154.67%, trailing 12 months (TTM).

Exxon, like most oil companies, is facing a double-whammy this year. The coronavirus pandemic is lowering demand because people are staying home more and driving less, and there was already a worldwide glut of oil. Through the first half of the year, the company lost $1.6 billion. Revenues were $8.8 billion through the first six months, down 32.8% year over year.

For those who needed more proof that Exxon's dividend is risky, the company, for the first time in 13 years, did not raise its dividend this past April.

The one positive factor for Exxon is its debt-to-assets ratio, a relatively benign 19.23%, so if the company wanted to, it could take on more debt to keep its record of yearly dividend increases intact. 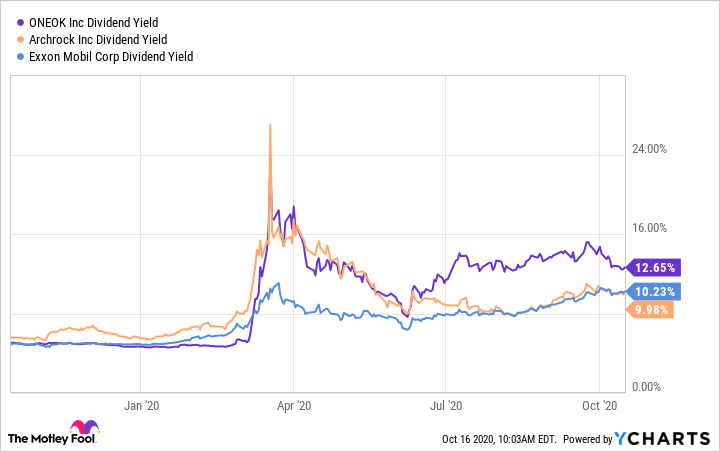 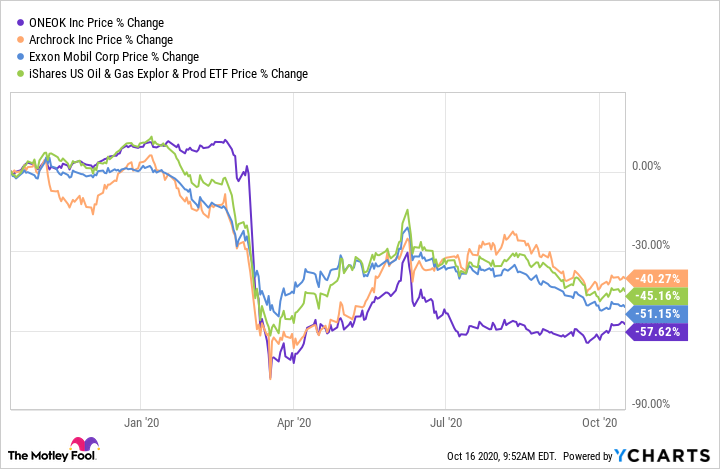 Between Archrock and a hard place

Natural gas compression company Archrock Partners has a dividend that offers a yield of 9.98%. If that sounds too good for a stock that has declined more than 40% this year, that's because it probably is.

The company's revenues were a reported $220.3 million in the second quarter, down a reported 7.5% year over year. One positive note is the company's cash from operations is actually up 6.35% (TTM) year to date, though the dividend's payout ratio (TTM) has climbed to scary levels at 196.3%, though that is inflated because of one-time expenses. 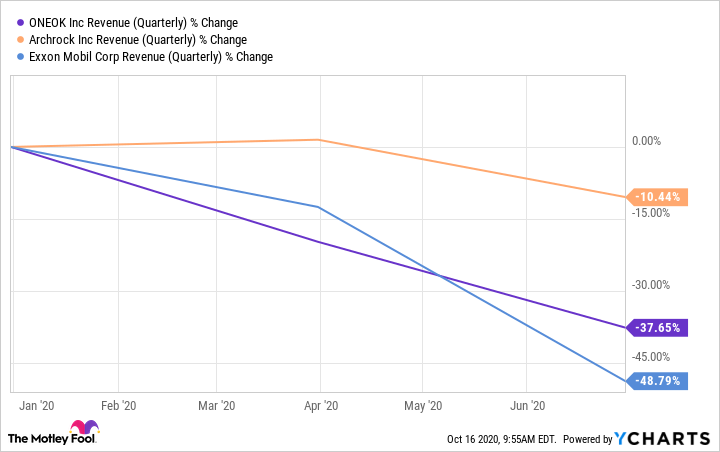 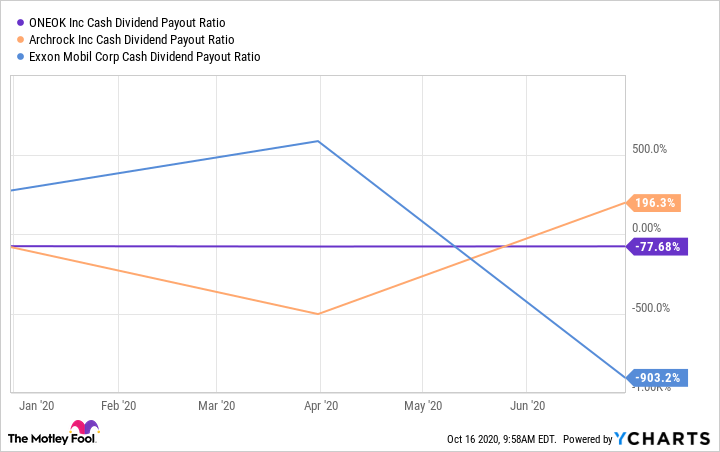 The company, in its second-quarter earnings call, cited the pandemic for hitting the natural gas market particularly hard. However, what's more concerning is there appears to be a glut of natural gas reserves. Of particular concern is that declining revenues will make it harder for the company to decrease its debt-to-assets ratio of 61.74%.

As of Oct. 2, natural gas stockpiles held in underground storage in the lower 48 states stand at 3.831 trillion cubic feet, 13.1% above 2019 levels at this time, and higher than the five-year average of 3.437 trillion cubic feet. . Of greater concern is dry gas production is dragging behind last year's levels. If this winter is mild, particularly in the Northeast, there would be less incentive for companies to increase gas production and that would mean less business for Archrock.

ONEOK's dividend is on borrowed time

I'm not trying to pick on oil and gas companies, but obviously, it has been a rough year for both. ONEOK, a midstream service provider that owns natural gas liquids systems, is another example. The stock is down more than 60% since January, and that's boosted the yield on the company's dividend to 12.93%. That by itself isn't necessarily a bad thing, but there's a reason the stock is down.

Through six months, ONEOK's revenues were a reported $3.79 billion, down 27.4% year over year, and its cash from operations has declined more than 11.89% (TTM), year to date. That has left the payout ratio on the dividend at a very risky 77.68% (TTM). To meet the dividend, the company has borrowed, which in turn has raised its debt-to-assets ratio to 62.2%.

There's little harm in looking for high-yield dividend stocks, but you are better off finding stocks with good financials and sustainable yields on those dividends. There are certain sectors this year that have been particularly sluggish, including energy stocks and retail stocks, where you need to do more homework before chasing a high yield.