As the leader in mobile peer-to-peer (P2P) payments, PayPal's (NASDAQ:PYPL) subsidiary Venmo theoretically has the most to lose from Apple's (NASDAQ:AAPL) entry into the P2P market. The Mac maker formally announced Apple Pay Cash, its own P2P service integrated directly into iMessage, over the summer, and Apple Pay Cash finally launched this week alongside iOS 11.2. Apple Pay Cash processes through a debit card in order to minimize the transaction fees that Apple absorbs, and it represents a seamless way to send money to friends and family (provided they have an Apple device running the latest software, of course).

PayPal CEO Dan Schulman has already said he's not too worried about Apple Pay Cash, and now a Street analyst is echoing that sentiment. 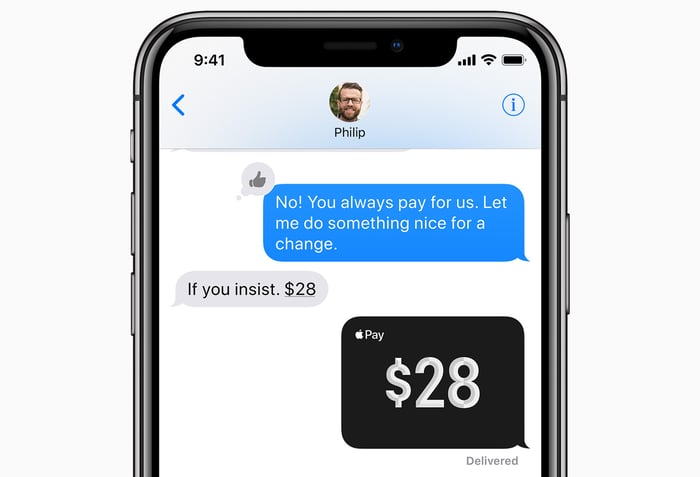 Credit Suisse put out a research note earlier this week (via Business Insider) that argues that Venmo will be able to sustain its lead thanks to its first-mover advantage. In fact, the analyst views Apple's entry as "validation of the social payments model" that Venmo created, and that broader trend is good news for many internet companies that continue to integrate more payment methods. "We do not see these as meaningful threats to PayPal (which has first-mover advantage)," analyst Paul Condra wrote, according to the report.

Condra believes Apple Pay Cash will be comparable to Zelle and Square's P2P service, Square Cash. Zelle is the big banks' collective response to the growing P2P market. In other words, the analyst thinks Apple Pay Cash will end up occupying a niche position serving a small subset of users. The analyst is reiterating an outperform rating on PayPal alongside an $85 price target.

It's true that Venmo is far and away the market leader, with no one else even coming close. On a trailing-12-month basis, Venmo's total payments volume (TPV) has more than doubled to nearly $30 billion. 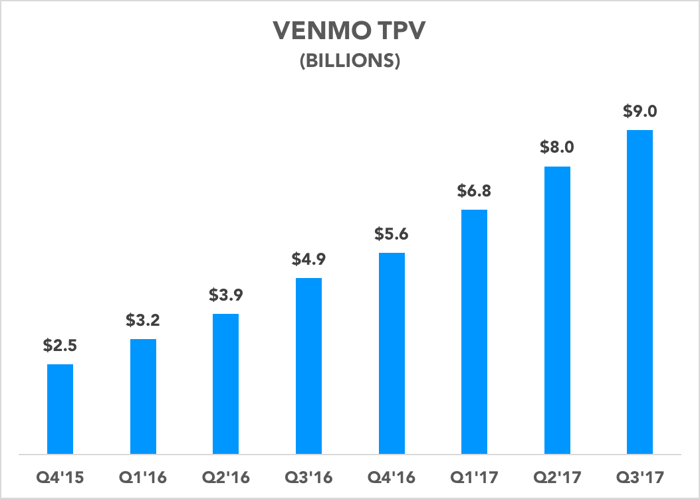 That lead in TPV may seem insurmountable, but it's generally not a good idea to underestimate Apple. Schulman had argued that PayPal's vertical integration was a key advantage, and that Apple's success would mostly hinge on its ability to provide a compelling user interface.

But it should be clear by now that Apple is working hard to grow the broader Apple Pay service, and P2P is just a piece of that puzzle. Like PayPal, Apple Pay makes its money from merchants instead of consumers, and P2P services are just tangential add-ons offered for convenience and user retention. Even though Apple will likely never extend Apple Pay beyond its walled garden, and PayPal will keep its cross-platform advantage, Apple's user base is massive. If a meaningful portion of those users shift their P2P activity to Apple Pay Cash, the service does have the potential to make a dent in Venmo's TPV.

It might take a while, especially as Apple Pay Cash is only available in the U.S. initially, but Apple is in it for the long haul as it looks to grow its services business.