Please ensure Javascript is enabled for purposes of website accessibility
Log In Help Join The Motley Fool
Free Article Join Over 1 Million Premium Members And Get More In-Depth Stock Guidance and Research
By Todd Campbell - Dec 7, 2017 at 7:45AM

This medical-marijuana company is closing in on a big milestone.

Medical marijuana has been used to treat epilepsy in patients for years, but so far, it's efficacy and safety hasn't been supported by a regulatory green light from the Food and Drug Administration (FDA). Based on recently reported results for Epidiolex, a cannabidiol epilepsy medicine, that could be about to change.

Updated trial results released last month show that Epidiolex helps patients with rare epilepsy on its own, and treatment results may improve with long-term use. That news caused shares of Epidiolex's drug developer, GW Pharmaceuticals (GWPH), to jump 15.3% in November, according to S&P Global Market Intelligence.

After demonstrating that Epidiolex can reduce the rate of monthly seizures by around 40%, GW Pharmaceuticals recently filed Epidiolex for FDA approval in Dravet syndrome and Lennox-Gastaut syndrome, two rare forms of pediatric-onset epilepsy. 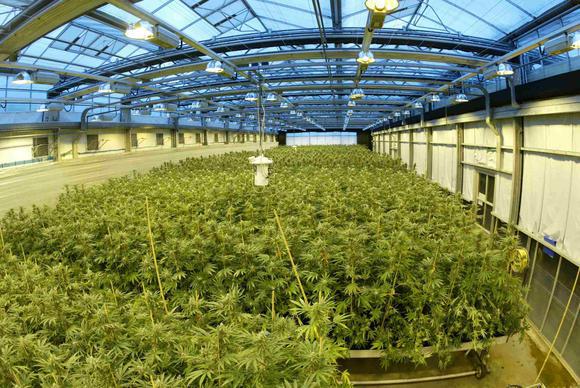 In November, the medical-marijuana company strengthened the likelihood of an FDA green light by unveiling additional trial results showing that 35% of Lennox-Gastaut syndrome patients responded to Epidiolex monotherapy, but only 13% of patients responded to a placebo. There has been some debate over how much of Epidiolex's efficacy was tied to its use alongside clobazom, a common epilepsy medicine, and the risk of drug interactions, so the monotherapy data is important.

GW Pharmaceuticals only markets one marijuana medicine currently, and sales of that drug, Sativex, are a rounding error. Therefore, an approval of Epidiolex in Dravet syndrome and Lennox-Gastaut syndrome is critical to improving this company's financials.

There aren't many patients with Dravet syndrome, but there are about 30,000 patients with Lennox-Gastaut syndrome in America. There's no word on Epidiolex's potential price tag, but based on prices for other FDA-approved epilepsy drugs, an argument can be made that sales in these two indications alone could generate revenue in the nine figures. Trials evaluating Epidiolex in other epilepsy indications could increase revenue, too.

There's no guarantee of an FDA approval, but if the FDA does give Epidiolex an OK, GW Pharmaceuticals will have to wait for DEA scheduling before it can market the drug. Assuming everything does go off without a hitch, Epidiolex will become the first FDA-approved marijuana option for epilepsy. That's a significant milestone, but it remains to be seen if Epidiolex can generate enough in revenue to justify GW Pharmaceuticals already lofty share price.