Shares of RigNet, Inc. (RNET) declined more than 6% in November and have now lost more than a third of their value this year. Driving the sell-off is the continued weakness in the offshore communication service company's financial results.

RigNet reported its third-quarter results last month. On the plus side, revenue rose 0.5% to $50.8 million. However, that was about a half-million dollars below analysts' expectations. Meanwhile, the company's net loss widened to $0.23 per share, which missed the consensus estimate by $0.14 share. That wasn't the first time it missed expectations as it has fallen short of analysts' estimates on both the top and bottom lines in all three quarters of 2017. 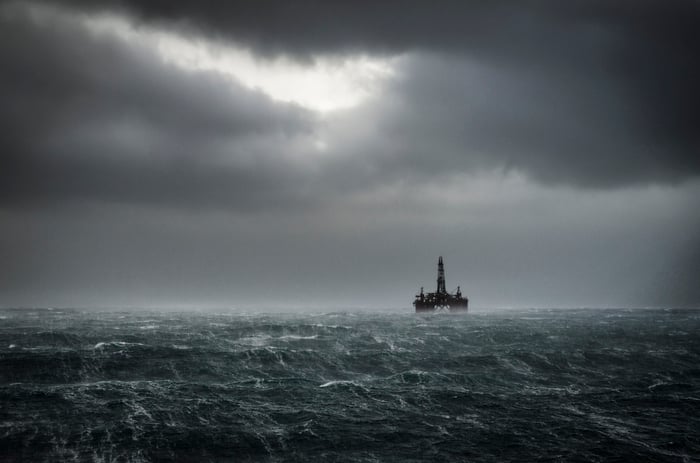 Two factors have been weighing on its results this year. First, the offshore drilling market remains challenging because oil companies have significantly pulled back sending on new wells. As a result, many rigs remain idle, which has led to less work for RigNet. In addition, the company hasn't kept as tight a lid on expenses this year. Some of that is because it has been making acquisitions to diversify away from the offshore drilling market. While these moves should improve earnings in future quarters, they're weighing on results in the interim.

The oil market is starting to get better thanks in part to OPEC's efforts to stabilize prices. However, RigNet's core offshore drilling market is still at least a year away from returning to normal according to analysts. For example, UBS expects rig utilization to "improve slightly" next year before demand picks up in 2019 and 2020. That suggests 2018 could remain challenging for RigNet, which will likely lead to more volatility for investors.