Please ensure Javascript is enabled for purposes of website accessibility
Log In Help Join The Motley Fool
Free Article Join Over 1 Million Premium Members And Get More In-Depth Stock Guidance and Research
By Jeremy Bowman - Dec 7, 2017 at 7:06AM

Shares of the watchmaker continued to fall as the company posted another disappointing earnings report.

Shares of Fossil Group Inc. (FOSL -1.35%) took a spill last month, after the luxury brand posted an awful third-quarter earnings report, though it later recovered some of those losses on promising earnings reports from retailers. According to data from S&P Global Market Intelligence, the stock finished November down 10%.

The stock was down nearly 30% for the month after the earnings report on Nov. 7. However, the stock managed to claw back most of those losses as the broader retail sector boomed. 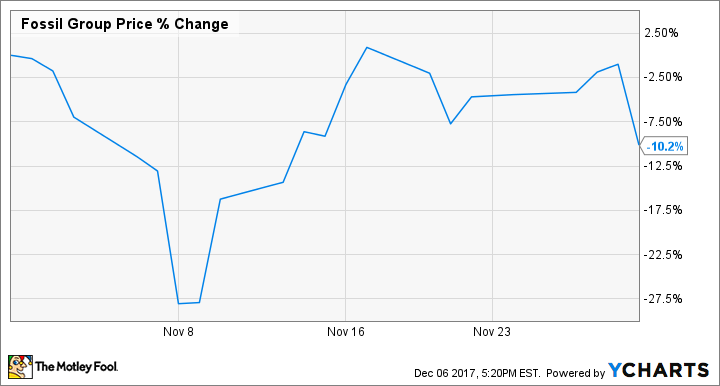 It was an all-around ugly report for Fossil, as the company, which specializes in watches, jewelry, and leather goods like belts and handbags, saw revenue slide 7% to $688.7 million, though that beat estimates at $649.9 million.

Fossil continues to struggle with the growth of e-commerce, which has undermined its traditional retail partners, such as department stores. And like other watchmakers, it's trying to remain relevant as smartwatches and fitness trackers gain primacy. 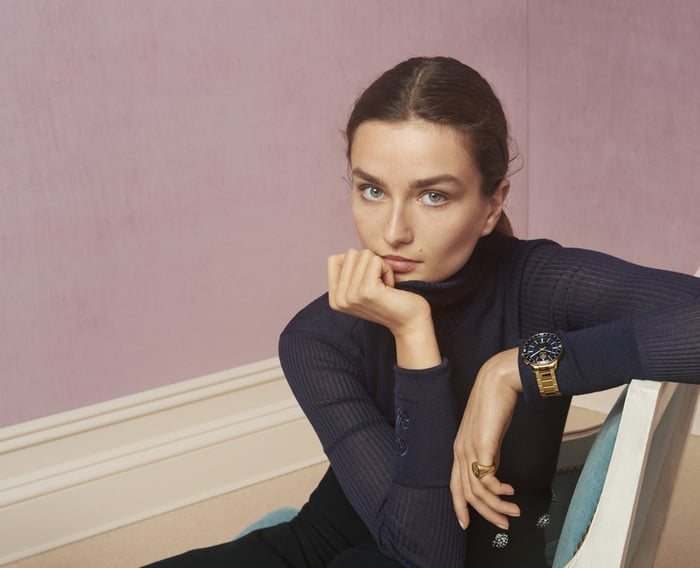 On the bottom line, meanwhile, the company posted adjusted earnings per share of $0.04, down from $0.48 a year ago, but that was also better than expectations of a loss of $0.28. Even though the company topped analyst estimates, the outlook for the holiday quarter was worse than expected, causing the stock to fall 17% the next day.

However, the stock quickly recovered on a series of better-than-expected earnings reports from Macy's and continued to gain over the next week.

Fossil expects revenue to decline 11% to 3.5% in the current quarter and for adjusted per-share profit to come in between a $0.04 loss and a $0.51 gain. That compared with an analyst consensus of EPS at $1.31 and just a 0.6% decline in revenue. Fossil shares are now down 74% this year, making it the second worst performer on the S&P 500.

A strong holiday season could help right the ship, but based on recent results, investors should keep expectations muted.