REITs? Sure, that makes sense. But who would have thought two tech giants would make the list?

This has been an outstanding year for investors: All of the major indices are up between 18% and 28%. But don't let a run like this lull you to sleep. As seasoned investors know, gains come in the long run, and drops happen very suddenly.

Younger investors should be hoping for drops, as it gives them opportunities to "buy low." But if you're nearing or in retirement, drastic drops in the stock market can cause irreversible damage to your nest egg. That's where the importance of safe, solid dividend payers come in. 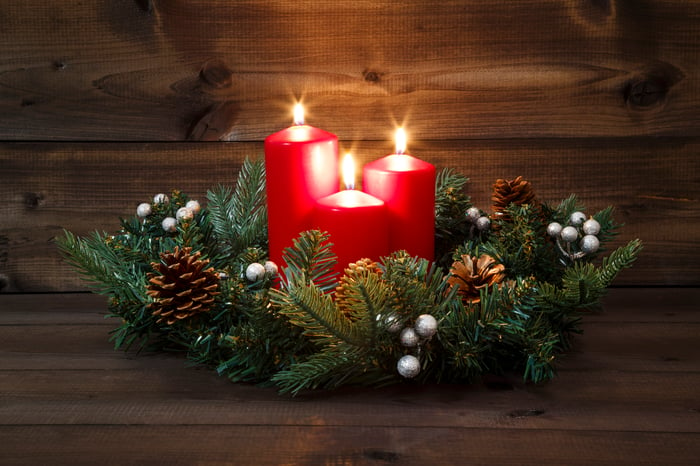 While no stocks are immune from times of crises, dividends stocks offer downside protection by promising a payout. Here, three of our Motley Fool investors tell you why Apple (AAPL 1.30%), IBM (IBM -0.81%), and Welltower (WELL 0.42%) are great dividend stocks to buy in December.

The dividend might not impress, but its potential should

Brian Stoffel (Apple): Technically, I won't be buying shares of Apple this December, but that's because shares of the company already make up over 2.5% of my real-life holdings. The iMaker has everything I look for in a solid dividend stock: a wide moat, a rock-solid balance sheet, and the potential to continue growing its payout.

Apple's brand and ecosystem provide a powerful moat against competition. According to Forbes, Apple's brand is the most powerful in the world -- valued at $170 billion. In addition, the seamless integration of all your devices -- iPhone, iPad, Macs, and so on -- creates moderately high switching costs for users who want to have everything in one place.

Even so, the company shocked experts with strong third-quarter results and even better guidance in November -- and iPhone X figures will start rolling in early next year.

As far as the dividend goes, there's a lot to like. While the 1.5% yield isn't anything to write home about, it has lots of room for growth. Over the past year, Apple brought in $51 billion in free cash flow and had to use only 25% of it to pay the dividend. The company also has a net cash position of $172 billion.

Since it began offering a dividend in 2012, Apple's payout has grown by 11% per year. I don't see any reason that trend can't continue, given the strength of the company's financials.

It's time to buy Big Blue

Tim Green (International Business Machines): Century-old tech giant IBM is on the cusp of returning to growth after five years of slumping revenue. The company expects its newest mainframe to help produce year-over-year revenue growth during the fourth quarter, putting an end to the infamous streak that has dogged the stock since it peaked in 2013.

While shares of IBM have slumped over the past few years, the dividend has kept growing. Based on the most recent quarterly payout of $1.50 per share, IBM stock currently yields nearly 3.9%. That's more than double the yield of the S&P 500.

There's little reason to expect the dividend to stop growing. IBM has paid a quarterly dividend uninterrupted since 1916, and it's raised its dividend annually for the past 22 years. The company expects to produce adjusted earnings of at least $13.80 per share this year, putting the payout ratio based on that number well below 50%.

After five years of declining revenue, the market is refusing to believe that IBM's turnaround is finally reaching an inflection point. The growth businesses within IBM accounted for 45% of total revenue over the past year and are still growing by 10% annually. The cloud business represented 20% of trailing-twelve-month revenue, growing by 25% year over year. There's a growth company buried within IBM, and it's finally big enough to matter. For dividend investors, December is a great time to lock in a near-4% yield and wait for the market to properly value IBM.

Matt Frankel (Welltower): Healthcare real estate could be the best way to play the aging U.S. population over the next few decades, and the biggest player in the industry is Welltower, which derives 70% of its revenue from senior housing properties. 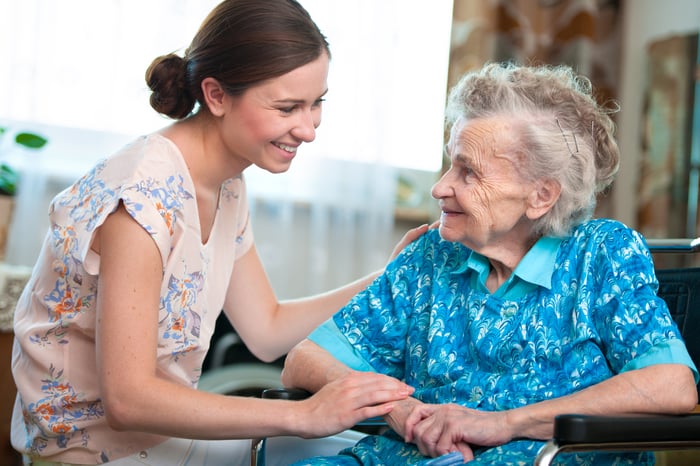 With the massive baby boomer generation currently reaching or approaching retirement age, and people living longer lives, the older age groups of the population are expected to dramatically increase in size. In fact, the 85-and-older segment is expected to roughly double over the next 20 years, and this group is the main demographic for the senior housing industry.

As a result, senior housing demand is expected to accelerate, with a need for as many as 96,000 new units per year by 2030.

In addition, Welltower operates much of its senior housing portfolio as operating partnerships in conjunction with some of the industry's top brands, such as Brookdale Senior Living. This means Welltower isn't just a rental income play like most real estate investment trusts. Instead, Welltower can directly benefit from the increased income generated by its senior housing facilities.

Welltower pays a 5.2% dividend yield based on the current stock price, and has an excellent track record of raising its payout over its 47-year history. What's more, the company has averaged a 15.6% annualized total return -- a remarkable level of performance to sustain over nearly five decades. And with such favorable demographic trends, there's no reason to think the strong returns won't continue.

3 Dividend Stocks That Are Perfect for Retirees

3 Stocks Retirees Should Buy on a Market Pullback

The Top Stocks for Your IRA in April