This would be the latest in a long string of acquisitions related to content discovery.

As Apple (AAPL 0.00%) continues to ramp up its competition with Spotify, the company is now reportedly considering acquiring Shazam, the popular music recognition service that allows people to identify what song they're listening to. Apple Music continues to trail Spotify in terms of paid subscribers, with 30 million at last count. That's about half the 60 million paid subscribers that Spotify currently enjoys.

The transaction's price tag will reportedly be in the neighborhood of 300 million euros (approximately $400 million), and could be announced as early as Monday, according to TechCrunch. 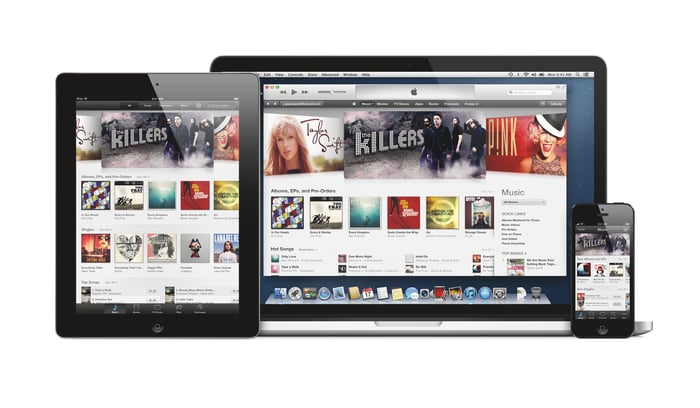 Why would Apple want Shazam?

There are numerous reasons that could help explain why Apple could be interested in Shazam, the most obvious one being that Shazam could help improve content discovery within Apple Music. Imagine if Apple Music deeply and seamlessly integrated music identification, so that users could quickly identify a song playing in the background and then add it to their music libraries or create radio stations based on that content. Shazam has long fed traffic into digital music storefronts (including iTunes), earning referral revenue when users subsequently open their wallets.

Shazam could be a big play on music discovery. Shazam has also been exploring ways to leverage augmented reality (AR) technology to connect users to content, and we all know how Tim Cook feels about AR. Meanwhile, Spotify acquired start-up Niland earlier this year in its own efforts to bolster music recommendations and discovery.

Apple Music's interface has been widely criticized as unintuitive, while Spotify's discovery features are much stronger. Spotify's Discovery Weekly, which is a playlist personalized to each user using machine learning, is arguably its most popular feature.

It's also worth noting that music interfaces are evolving toward voice-controlled models thanks to the rise of smart speakers, making it that much more important for music discovery to work on the first try.

By historical standards, $400 million is a lot

Years ago, $500 million used to be the upper limit of how much Apple was willing to spend on acquisitions, which is in part why the 2014 acquisition of Beats for $3 billion was so surprising.

Since then, Cook has reiterated on numerous occasions that price alone will no longer preclude Apple from considering an acquisition, provided that the target makes strategic sense. "We have no problem spending 10 figures for the right company, for the right fit that's in the best interest of Apple in the long-term. None. Zero," Cook once said.

With a rumored price tag in nine figures, Shazam doesn't look so expensive by Apple's modern acquisition standards. Besides, music discovery is a much more important feature to a music streaming service than exclusive video content.