Restaurant chain Dave & Buster's Entertainment (NASDAQ:PLAY) reported third quarter results to much investor cheer. The company faced multiple headwinds over the late summer and fall months, but it was able to overcome them and continue growing. 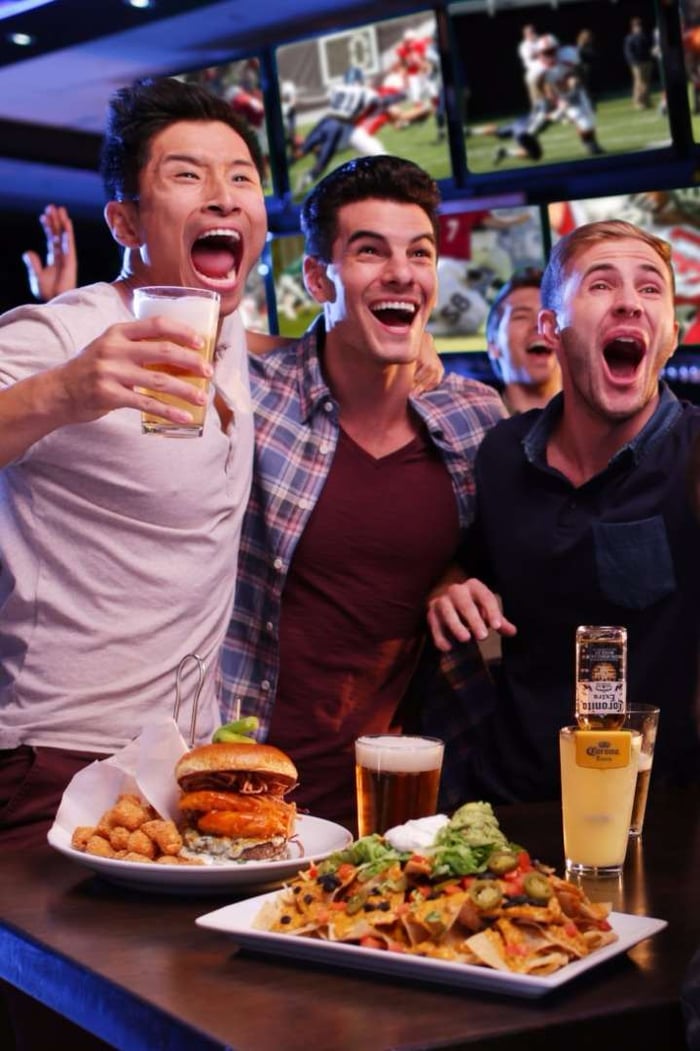 Total revenue grew 9.3% to $250 million in the third quarter, driven by a larger store base -- 101 operating locations compared to 88 a year ago. Sales from amusements -- which include arcade games, billiards, and bowling -- increased 11.8%, while food and beverage sales were up only 6.3%. Through nine months of 2017, the entertainment segment of the business made up 57% of total revenue.

The third quarter was another tough stretch for restaurants in general, and Dave & Buster's wasn't spared. Hurricanes Harvey and Irma kept stores closed and foot traffic light in Texas and Florida, and wildfires in California had a negative impact as well. Comparable sales at existing locations fell 1.3%, the result of a 1.1% rise in entertainment and amusements offset by a 4.2% decline in food and beverage. Besides pressure from weather-related activity, food and beverage sales continue to struggle against the backdrop of overall restaurant industry problems.

The bottom line grew, too

Though Dave & Buster's had issues with foot traffic, profits still turned in a double-digit gain. Earnings per share were up 16% from the year-ago period.

Helping the rise were lower costs as a percentage of sales, most notably in the cost of amusements and entertainment, product, and administrative and accounting expenses. Another big boost was the share repurchase program. Through the end of November, the company has purchased 2.1 million shares of its stock for a total of $123.4 million. Under its current repurchase authorization, Dave & Buster's can buy up to an additional $147.8 million worth of stock.

The biggest story behind Dave & Buster's stock has been new store openings, and that remains the most compelling reason to be an investor. Management reports it sees a total of 14 new openings by the end of its current fiscal year, eight of which are in brand new markets for the chain. Currently there are 11 undergoing construction.

The plan is for a total of 14 to 15 to be opened next year, with most of the openings to be large-format stores. However, it was announced during the report that a new small-format store will debut in 2018.

The new restaurants, which will be between 15,000 and 20,000 square feet depending on location, are meant to move into smaller markets not included in Dave & Buster's original plan of over 200 locations in the U.S. and Canada. Management said it sees having 20 to 40 of them, expanding its long-term location target by some 10% to 20%. Out of the 14 to 15 new buildouts in 2018, expect two to include this new format.

The third quarter numbers at Dave & Buster's may have been mixed, but considering the difficult weather over the summer months, results were encouraging overall. Investors should also be content with management's rollout of a new source of growth in the years ahead. In all, this report was a win for Dave & Buster's investors.