Shares of Universal Display (OLED -2.85%) gained 25.2% in November 2017, according to data from S&P Global Market Intelligence. The surge started off with an earnings surprise and simply never lost momentum.

The researcher of organic light-emitting diode technologies crushed Wall Street's expectations in last month's third-quarter report. Top-line sales more than doubled year over year to $61.7 million while adjusted earnings rose from $0.03 to $0.28 per share. Analysts had been expecting earnings closer to $0.12 per share on sales in the neighborhood of $47 million. OLED shares jumped more than 10% higher the next day. 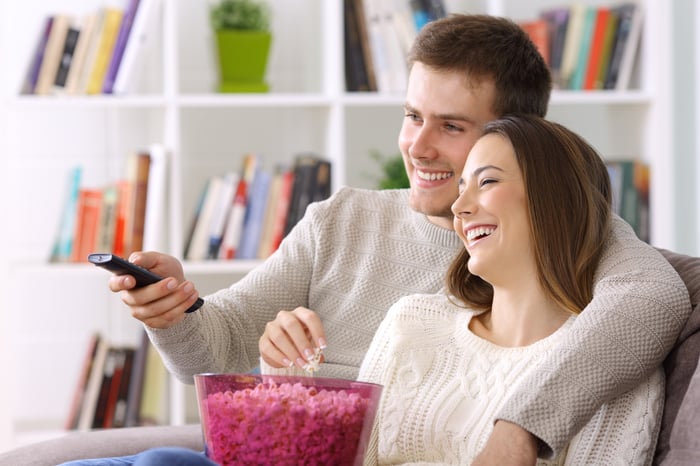 So far, Universal Display is riding high demand for OLED-based smartphone screens with a side of big-screen OLED televisions. Consumers just can't get enough of these vibrant but power-efficient screens. This holiday season could turn out to be a monster catalyst for the next-generation TV technology. Granted, a 55-inch OLED TV still carries about four times the cost of a basic LCD screen of the same size. But the gap is narrowing and OLED sets are gaining momentum.

Next up, Universal Display will explore the far larger market for everyday lighting panels. Stay tuned for that game changer.