Engagement with longer tweets is much better than shorter tweets.

Twitter (TWTR 1.38%) resisted and agonized over expanding its character limit for years, mostly over fears that such a change would undermine the brevity that the service is known for. The company finally began testing a doubled 280-character limit in September, which sent shares up as investors embraced the move, hoping it could improve user growth and engagement. The data that the test yielded was quite positive, and Twitter rolled out the expanded limit broadly a month ago. The best part for investors? The change is already resonating with users. 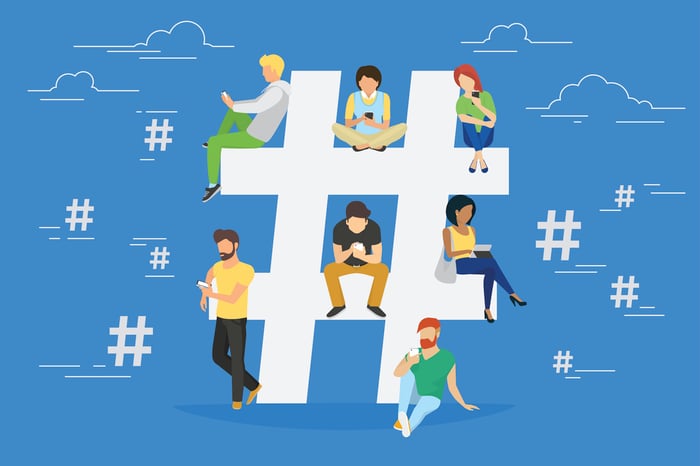 BuzzFeed News reports that tweets that exceed the old 140-character limit are garnering much more engagement than tweets that are under 140 characters, citing data from SocialFlow, which offers social media publishing and distribution tools to publishers. SocialFlow looked at tens of thousands of tweets (a meaningful sample size) over the course of a week (Nov. 29 to Dec. 6), and the engagement results were encouraging.

While the number of clicks on average was comparable, retweets and likes substantially increased for longer tweets -- nearly doubling.

The data mostly echo Twitter's own findings. In its blog post announcing the official rollout, Twitter said: "In addition to more Tweeting, people who had more room to Tweet received more engagement (Likes, Retweets, @mentions), got more followers, and spent more time on Twitter. People in the experiment told us that a higher character limit made them feel more satisfied with how they expressed themselves on Twitter, their ability to find good content, and Twitter overall."

It's also the latest data set that shows user engagement is improving. Twitter has been touting its daily active user (DAU) growth all year, even as the company still won't disclose DAUs in absolute numbers. Still, expanding the character count has been a small but meaningful step in making the service more approachable and easier to use.

The bigger question for investors is whether or not Twitter can successfully monetize those engagement gains, which it has struggled to do in other contexts. Our Tweeter in Chief's prolific use of the service has driven some engagement gains, but that hasn't helped the ad business. One silver lining is that the data licensing business is growing extremely well, providing an alternative method of monetization beyond ads.

Engagement is the starting point for monetization, so at least Twitter is heading in the right direction. Too bad Twitter just lost its VP of revenue products (the team that focuses on monetization), Ameet Ranadive, who is jumping ship to Facebook's Instagram.