Please ensure Javascript is enabled for purposes of website accessibility
Log In Help Join The Motley Fool
Free Article Join Over 1 Million Premium Members And Get More In-Depth Stock Guidance and Research
By Anders Bylund, Tyler Crowe, and Demitri Kalogeropoulos - Dec 10, 2017 at 8:11AM

You won't lose any sleep over growing your wealth with these stocks for the next decade (and then some).

Some stocks force us to keep close tabs on the underlying business. For other investments, you can simply buy the stock and forget about it for the next 10 to 15 years.

If you're looking for new ideas in that second category, you're in luck. We asked a few of your fellow investors here at The Motley Fool to share their best stock ideas for the long haul. Read on to see how they came up with Nike (NKE -1.00%), Cintas (CTAS 0.85%), and American Tower (AMT 1.10%). 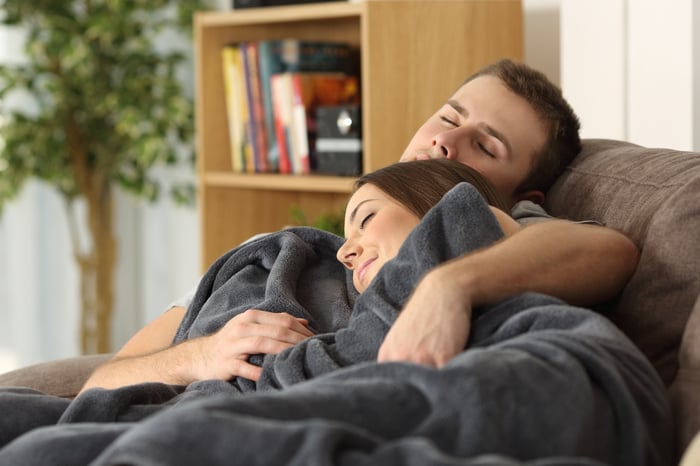 They aren't worried about their nest egg, for all the right reasons Image source: Getty Images.

Creating a lot of shareholder value from a slow growth industry

Tyler Crowe (Cintas): Wealth-building growth doesn't have to come from a revolutionary new product or a company rattling the cage of a well-established industry. Sometimes, all it takes is an incredibly well-run business in a mature industry. Case and point: uniform rental company Cintas.

Any company that needs uniforms, cleaning services, compliance training, or first aid and safety equipment on site is likely to be familiar with Cintas. This is by no means a sexy industry, but it is one that has a lot of desirable traits for a business, such as recurring revenue, relatively high-margin services, and low capital requirements.

The most impressive part of Cintas' business isn't these traits, but what management has done with those traits to generate long-term value for shareholders. The best examples are its 34 consecutive years with a dividend increase and its propensity to use free cash flow to lower the share count. Over the past decade, the company has more than tripled its dividend payment and repurchased close to 30% of shares outstanding. These management moves turned 3% annual revenue growth into 9.3% earnings-per-share growth for investors.

Since Cintas serves businesses instead of individual customers, its business is very much a doppelganger for the economy and could take a hit if we were to slip into a recession over the next decade. Even if that does happen, though, Cintas' management has proved to be a good steward of shareholder capital and will probably continue to use tools such as dividends and share repurchases wisely.

How to invest in wireless networks without picking a winner

Anders Bylund (American Tower): If there's one thing I'm sure people will still need 12 years from now, mobile voice and data services would be it. I mean, beyond survival basics like food and shelter, it's really hard to find a crowd-pleaser to beat the modern smartphone.

That's just the beginning, of course. We're standing at the threshold of the Internet of Things explosion, where all sorts of devices in our everyday environment will need a data connection. Most of these links will be wireless, especially when the cell networks roll out their next-generation 5G stations. These will be able to support far more devices per base station than the old 4G and 3G standards, and at higher speeds to boot.

But I'm not sure which of today's wireless networks will be leading that charge. So I'm betting on American Tower instead. Without cell towers, the wireless future falls apart in a hurry.

In the tower management industry, American Tower stands head and shoulders over its largest competitors in many ways. This company boasts the richest operating margin in its field, unmatched returns on assets and equity, and the widest revenue streams and cash flow. If that weren't enough, the very name belies an ambitious international growth strategy. As economies in Asia, Africa, and Latin America play catch-up with the wireless standards we take for granted here in North America, American Tower is investing in tower networks across markets such as India, Brazil, and South Africa.

This is an established leader in a healthy market, with its sights set on long-term excellence. I'm not losing any sleep over my American Tower holdings over the next 12 years -- and beyond.

Nike will get it done

Demitri Kalogeropoulos (Nike): Rival Under Armour (UA 1.19%) (UAA 2.04%) lost over 50% of its value in 2017, but you don't have to worry about seeing Nike go through a similarly painful experience anytime soon. In fact, the athletic apparel and footwear giant's business is healthy enough that shareholders can feel comfortable that this investment will hold up over the long term.

Take its international business, which accounts for most of Nike's revenue, compared with under 20% for Under Armour. That diversification is nice to have when U.S. industry is weak, as it has been lately.

But its deep international presence also opens the door for massive growth in emerging markets. In China alone, there are 400 million people active in sports and exercise today, and Nike believes that market will eventually expand to over 10 times the size of its U.S. consumer base.

Solid demand in these markets, along with an aggressive pipeline of product innovations, has Nike executives confident in a 2018 forecast that calls for steady sales growth despite the competitive U.S. industry. Then over the next five years, the company should be able to lean on those product launches, a growing proportion of higher-margin direct-to-consumer sales, and a massive advertising budget to keep operating results churning higher.