Please ensure Javascript is enabled for purposes of website accessibility
Log In Help Join The Motley Fool
Free Article Join Over 1 Million Premium Members And Get More In-Depth Stock Guidance and Research
By Todd Campbell - Dec 10, 2017 at 11:45AM

Canopy Growth Corp. (CGC 21.48%) is the largest pure-play cannabis company on the market. It operates in six countries, but it gets the lion's share of its sales from serving Canada's medical marijuana market.

Recently, Canopy Growth CEO and founder Bruce Linton sat down to speak with The Motley Fool's Kristine Harjes. It's a fascinating conversation, and I recommend everyone tune into this conversation in its entirety. In it, Linton explains how his company is preparing to capitalize on global marijuana legalization, tap into Canada's fast-approaching recreational marijuana market, and validate the use of marijuana as medicine. 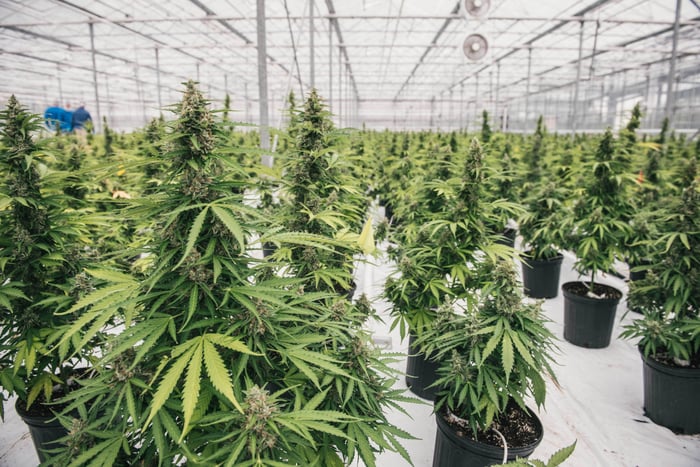 Legal marijuana is an international phenomenon

Linton doesn't have plans to enter the U.S. market anytime soon. Instead, he's focusing Canopy Growth's attention on the massive opportunity in Europe and elsewhere.

In part, Linton's reluctance to sell marijuana in the U.S. comes from the stock's being listed on the Toronto Stock Exchange. That exchange's rules prevent companies from violating U.S. federal laws if they want to remain listed on it. According to Linton, however, the listing issue is only one of "probably 20" reasons why he's not going into the U.S. until the federal government gives an OK.

Linton believes avoiding the U.S. market provides Canopy Growth with a competitive advantage when it comes to courting officials in other global markets, such as Germany. He has a point. It could be hard convincing overseas regulators that his company will play by their rules if it isn't playing by the federal rules in the United States.

The market outside the U.S. and Canada that Linton appears most intrigued by is Germany. Increasingly, European markets are opening offices of medicinal cannabis, and Germany is the largest European market that's establishing a medical marijuana marketplace. Currently, Germany has issued licenses to companies, including Canopy Growth, allowing them to import and distribute cannabis. It's yet to issue licenses to grow marijuana, but that's expected to change soon. According to Linton, Canopy Growth is doing whatever it can to make sure that it has a good shot at getting one of them. 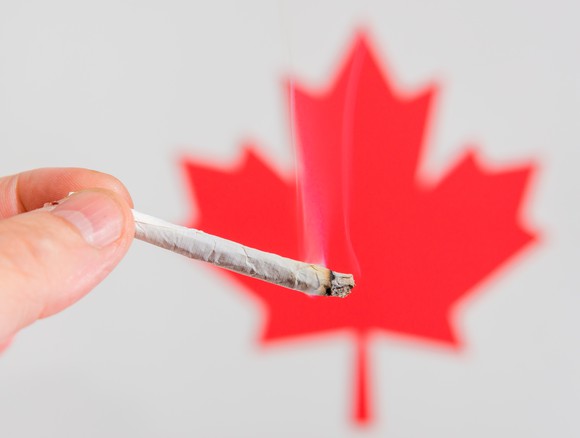 Canopy Growth makes most of its money serving the Canadian medical marijuana market, but the recreational market should be open for business in 2018, and that market could significantly increase the number of marijuana consumers, according to Linton.

Currently, Canadian dispensaries are serving over 200,000 clients who have medical marijuana registrations. That's a big and healthy market that's allowed Canopy Growth to deliver $44 million in revenue over the past 12 months. Linton speculates, however, that the medical marijuana market could be much bigger. He thinks the number of people interested in buying medical or recreational marijuana could reach 400,000 by the end of 2018.

If he's right, then a lot of money is going to be up for grabs. To make sure Canopy Growth wins its fair share, Linton's scaling up growing facilities and investing in marketing and sales. As part of this strategy, it's gobbled up competitors, including Mettrum, to consolidate market share. Those efforts have turned Canopy Growth into the market share leading manufacturer of marijuana in Canada, positioning it to meet demand from recreational users.

To make sure it reaches as many consumers as possible, it's created an e-commerce store to sell all of its brands. It's also inked a partnership with beer, wine, and spirits giant Constellation Brands (STZ -3.55%). In addition to securing additional capital by selling Constellation Brands a 9.9% ownership stake, Canopy Growth also gains valuable marketing expertise it can leverage to accelerate its business. Constellation Brands' arrangement also includes its acting as Canopy Growth's global adult-beverage partner, so plans appear to be in the works for cannabis-infused beer or spirits. 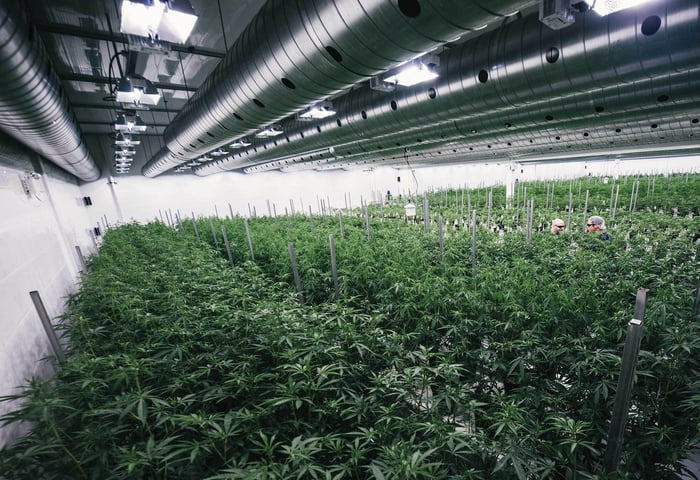 Leveraging a big user base

Linton jokes that the reason that there aren't proven clinical efficacy for medical marijuana is that criminals don't usually sponsor trials. Now that marijuana is emerging from the shadows, Canopy Growth thinks there's an opportunity to leverage knowledge accumulated from Canada's medical marijuana users.

The company hasn't publicly disclosed all the healthcare indications it's researching, but one of the first areas it's studying is sleep. There are plenty of opportunities to expand its marijuana research, however, given that there is anecdotal evidence supporting the use of marijuana in cancer, epilepsy, anxiety, depression, and pain patients. Canopy Growth is also investigating the use of marijuana in pet health too.

Overall, Linton's pretty optimistic about marijuana's worldwide business potential, but investors should recognize that his role is undeniably going to make him a bit biased. After all, no one wants to invest in a company run by someone who isn't passionate about the product's potential! Nevertheless, the marijuana marketplace is evolving quickly, and some companies will be winners. Linton's got a good grasp on the opportunities and risks, so Canopy Growth could certainly be one of them.