The market's hitting new highs, but some stocks are going the other way. There are dozens of companies bucking Wall Street's bullish trend, and while most of the bottom feeders deserve to be out of favor, some of the names may surprise you.

China Mobile (NYSE:CHL), JAKKS Pacific (NASDAQ:JAKK), and Sogou (NYSE:SOGO) all hit fresh 52-week lows last week. The three companies seem to be in the right industries, but the market's not interested in the three stocks at the moment. Let's dig a little deeper into why these three investments have become unpopular. 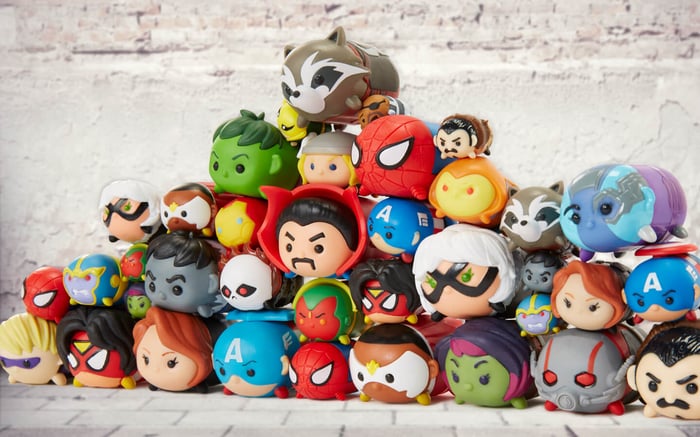 There's a lot to like in China Mobile. It's the world's largest wireless service provider with 625 million 4G customers. Its goal is to top 700 million next year. Revenue, earnings, and its dividend are all heading higher.

We're not talking about spectacular growth, but as the undisputed top dog, it has competitive advantages that seem at odds with a stock hitting a fresh low last week. China Mobile has more than $70 billion in cash and short-term investments on its balance sheet, now accounting for more than a third of its market cap. The lows are also pushing its already generous yield even higher. Investors have soured on telcos, and China Mobile isn't the only wireless provider to be hitting new lows these days. However, it's in a good position to bounce back.

Traditional toys have been a hard sell as kids turn to digital diversions, and JAKKS Pacific is feeling the pain. Its latest financial update calls for a net loss on lower net sales for all of 2017.

It's still a surprise to see JAKKS Pacific hitting new lows. The country's two largest toymakers just flirted with a combination, something that should lift the prospects of all potential buyout candidates. JAKKS Pacific is also lining up new licensing deals, a good sign of its growing relevance despite its soft financials.

It's been just a month since Sohu.com (NASDAQ:SOHU) took Sogou public, so technically Sogou hitting a new low last week is really more like a four-week low. It's still a surprise. The timing of Sohu's move to roll out Sogou as a stand-alone entity seemed prudent. Sohu's 26% uptick in revenue in its latest quarter is its best showing since late 2013, and its Sogou subsidiary is growing even faster.

Sogou is well behind China's leading search engine, but it's been growing its revenue at a headier clip. Sohu's search and search-related ad revenue soared 50% in its latest quarter. The market will eventually come to appreciate Sogou as the most dynamic piece of Sohu's arsenal. The stock that was an oversubscribed offering at $13 just a few weeks ago is now a broken IPO and a better deal because of the market's misplaced apathy.