Please ensure Javascript is enabled for purposes of website accessibility
Log In Help Join The Motley Fool
Free Article Join Over 1 Million Premium Members And Get More In-Depth Stock Guidance and Research
By Rick Munarriz - Dec 11, 2017 at 10:06AM

The market's rallying, and there were hundreds of stocks hitting fresh 52-week highs last week. Every new high-water mark tells a story, but a closer look shows some names that may be surprising entries on Wall Street's list of winners.

Etsy (ETSY -2.61%), SodaStream (SODA), and Skechers (SKX -1.86%) are some of the intriguing names trading at their highest levels in more than a year. Let's dig deeper to find out why these stocks were left for dead and why they've marched right back into investor fancy. 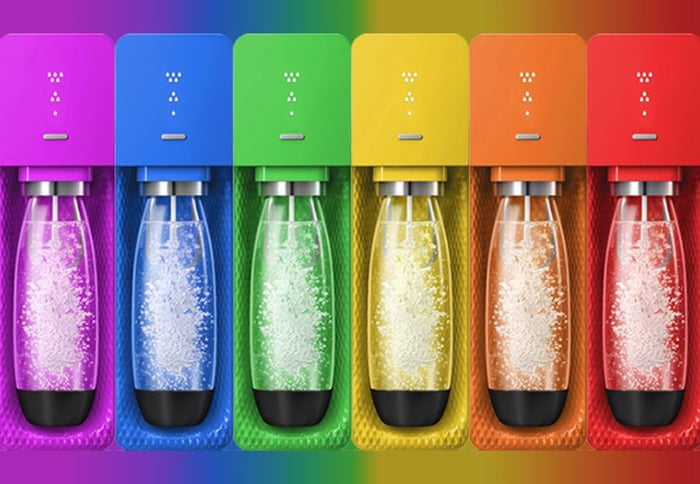 The arts and crafts marketplace operator didn't get off to an encouraging start in 2017. It announced layoffs and the departure of its CEO and CTO when it offered up unimpressive first-quarter results. More pink slips followed six weeks later.

Etsy is in a much better place these days. Last month, it announced that it expects to achieve revenue growth at the high end of its earlier guidance. It's also seeing improving margins given the increased efficiencies in its operating structure. Etsy expects to shave its operating expenses by roughly $35 million next year.

Cutbacks haven't curtailed its popularity with artisan merchants and customers seeking unique creations. There were nearly 1.9 million active sellers at the end of the third quarter, up 11% over the past year. The active buyer count has ballooned 17% to 31.7 million.

The company behind the namesake appliances that turn tap water into carbonated soft drinks has emerged as a major beneficiary of the sparkling water craze. The rebirth began a couple of years ago, as SodaStream responded to trends showing fading soft drink consumption just as millennials started flocking to LaCroix and other flavored sparkling water brands.

The story seems to get better with every passing quarter, and SodaStream keeps blowing through Wall Street's profit targets with ease. SodaStream keeps having to raise its guidance, and it now sees revenue this year climbing 13% to $536 million with earnings per share soaring 30% to $2.90.

The top dog in walking footwear took a step back last year, but it's been moving in the right direction as 2017 plays itself out. Skechers was growing well internationally and at the domestic retail level, but its domestic wholesale business slumped through all of last year. That segment finally turned positive during the second quarter of this year.

The bottom line had been another challenge, but Skechers managed to post year-over-year earnings growth for the first time in more than a year during October's third-quarter report. Positive comps and back-to-back quarters of better than 16% revenue growth is making Skechers cool again with growth investors, completing a turnaround for a company that was definitely not running on all cylinders when the year began.