This past year has been another disappointing one for investors in Seadrill Partners (OTC:SDLP). The offshore drilling company has lost more than 20% of its value since the calendar flipped the page, and it's now down more than 85% since it went public in late 2012. On the one hand, that plunge suggests the company could rebound sharply in the coming years as it makes up lost ground now that the oil market appears to be showing signs of improvement. That said, even with that upside potential, this stock doesn't seem to have the fuel needed to turn a small investment into seven figures.

The formula to beat

One of the great things about investing is that it's possible to turn a small amount of money into a massive nest egg given the right returns and time frame. For example, a $1,000 investment that earns an annualized return of 16.6% each year would grow to $1 million in about 45 years. That said, given that the stock market's average return is about 10% annually, that scenario marks supersized outperformance for decades since it would take that same $1,000 nearly 75 years to hit seven figures if it earned market-matching returns. 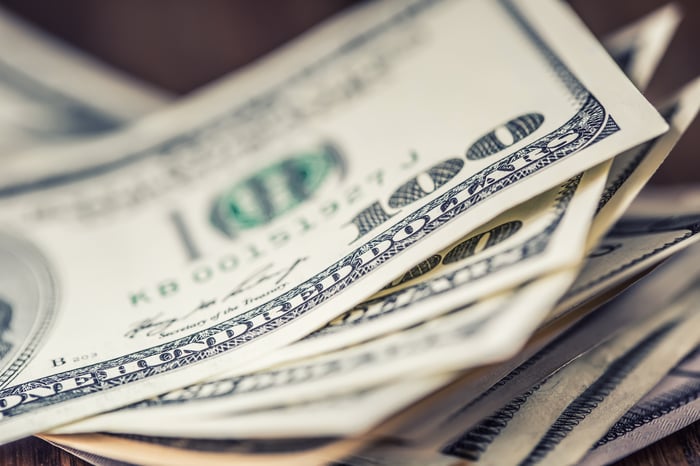 However, even meeting that longer timeframe would be a stretch for Seadrill Partners given the long-term outlook for the company and its industry. Although, that doesn't mean it can't be a market-beater in the coming years.

The bull case for Seadrill Partners

Offshore drilling activities have been on a downward spiral for the past several years. However, the industry appears to have finally hit rock bottom and looks poised to begin recovering. Analysts at UBS, for example, believe that rig utilization will improve slightly in 2018 before rebounding by a faster pace in 2019 and 2020. That outlook bodes well for Seadrill Partners because it should be able to find work for the three rigs it owns that are currently sitting idle, as well as the seven more that have contracts expiring over the next year. Those new deals could potentially fuel a significant improvement in Seadrill Partners' earnings in the coming years.

In the meantime, investors can collect a jaw-dropping 11.2%-yielding dividend while they wait for that recovery. While a dividend yield that high usually suggests that investors don't expect it to last much longer, this one appears to be on solid ground in the near term. For starters, Seadrill Partners recently reinstated the payout. Further, it generated $31.4 million in distributable cash flow last quarter, which covered its $7.5 million distribution to shareholders with plenty of room to spare. On top of that, while the company has several rigs going off contract in the next year, it has a $1.7 billion revenue backlog, which, along with the $845.3 million in cash it has on hand, should support the payout until it finds new customers for the rigs heading off contract.

That lucrative dividend, when combined with the upside from an improving offshore drilling market, suggests that Seadrill Partners could deliver a compelling total return for investors in the coming years. 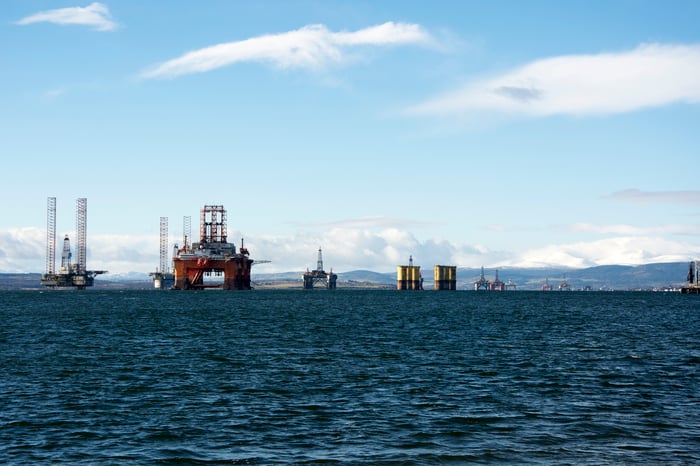 The bear case for Seadrill Partners

That said, it will be tough for the company to deliver the sustained mid-teens returns over the time required to turn a $1,000 initial investment into a seven-figure payday. That's because the long-term outlook for the oil industry has started dimming thanks to the rapid rise of renewable energy and electric vehicles. As a result, the International Energy Agency anticipates that global oil demand will only keep growing until about 2040. While that's several years away, an industry that will eventually top out suggests that the company will need to shift its focus away from offshore drilling at some point in the future to continue growing.

However, it's possible that the company might not remain an independent entity for all that much longer. That's because its now bankrupt parent company owns a 28.6% stake that it could sell to a rival offshore driller like Transocean (NYSE:RIG) or Ensco (OTC:VAL) to raise cash to pay its creditors. Both of those rivals have gotten bigger during the downturn by acquiring smaller drillers because that greater scale would reduce expenses and improve earnings. For example, Transocean agreed to buy Songa Offshore because the combined entity would save $40 million per year, which would immediately bolster the company's earnings and cash flow. Ensco, likewise, bought Atwood Oceanics because the combined company could realize $65 million in expense savings per year. If Seadrill Partners' parent puts its stake on the block, that sale could lead to a full buyout of the company. While this scenario would likely result in a nice profit for investors, it would be a far cry from a seven-digit payout.

It'll run out of gas way too soon

Seadrill Partners certainly has upside potential in the near term and could turn a small investment into a much larger one over the next several years as the offshore drilling industry gets back on its feet. That said, the long-term potential just doesn't appear to be there given that the oil patch is heading for a peak, and Seadrill Partners remains a prime buyout candidate. Those factors suggest that this stock doesn't have what it takes to turn its investors into millionaires unless they make a mammoth investment in the company and industry conditions improve dramatically over the next few years.