The Teavana ruling could set a dangerous precedent.

An Indiana judge is forbidding Starbucks (SBUX 3.76%) from closing many of its Teavana stores because mall operator Simon Property Group (SPG 0.80%) says the decision could hurt it.

The court filings show that Simon said that by "shirking its contractual obligations" -- bailing out before its leases were up -- Starbucks might put Simon in the position of leasing the vacant Tevana spaces to "less creditworthy tenant(s)" or tenants "who will only agree to less desirable lease terms, and/or a shorter-term lease."

Starbucks CEO Kevin Johnson announced in July that the company was closing all 379 Teavana stores because many of them "have been persistently underperforming." The coffeehouse said it took a $153 million impairment charge in its fiscal 2017 primarily as a result of the decision to close the tea houses with its "other" business segment that housed Teavana generating a minor $38 million loss for the year. The goodwill impairment charge it took related to the decision alone cost Starbucks $69 million.

According to the New York Post, which first reported the judge's decision, Simon Property Group would suffer all of $15 million in lost rent over five months from the Teavana closures, but the judge ruled Starbucks could better absorb the costs than could the mall operator, so she barred the coffee shop from moving ahead with the closure of some 77 stores, a move she acknowledged that no court anywhere had done to a tenant that was not an anchor store. 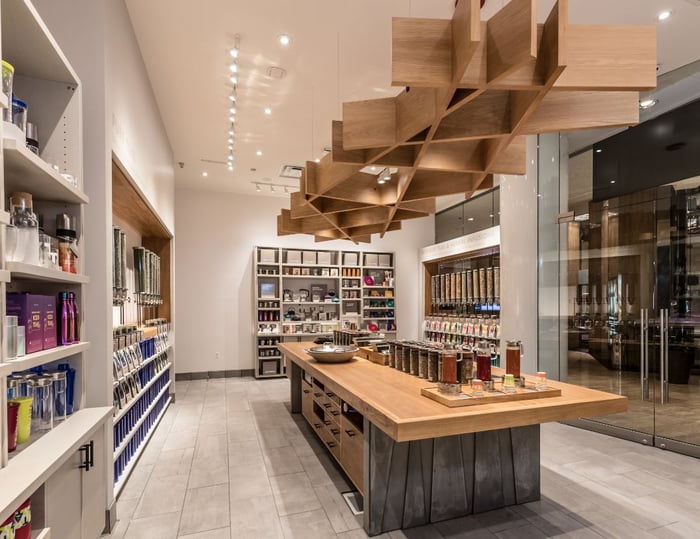 Simon Property Group has a market value in excess of $51 billion, and over the first nine months of 2017 generated more than $2.9 billion in funds from operations on $4.1 billion in revenues. It operates 177 properties around the country that generated $622 in sales per square foot, a 3% increase from last year, and ahead of the $589 per square foot generated by industry peer General Growth Properties (NYSE: GGP) and slightly behind the full-year rate of $659 per square foot from Macerich (NYSE: MAC).

However, Simon's occupancy rate of 95.3% was equal to General Growth Properties' and ahead of Macerich's 94.3%. The industry average is around 95.2%.

The judge's ruling in this case is an audacious one and it doesn't seem as though it could stand up to an appeal, in no small part because of the shock wave it could send through the retail industry, which is in the midst of a massive shrinking of its footprint.

If it stands, other mall operators may be tempted to use the ruling to prevent other retailers from closing stores that they can't afford to keep open.

Some analysts have estimated over 1 billion square feet of mall space will need to be "rationalized" over the next few years, a result of shopping malls having expanded their reach during the boom years of the past while shoppers are migrating online. That is a reality mall operators like Simon Property Group need to come to grips with, though not by forcing tenants to stay.