A 30% decline in price made Trade Desk cheaper -- but did it make it better?

One month ago, shares of The Trade Desk (TTD -3.35%) plunged 14% in a single day after reporting what, at first glance, appeared to be superb results -- and then they continued falling. Now, analysts at SunTrust Robinson Humphrey have decided that this decline in stock price has made shares of this cloud-based ad campaign manager a more attractive investment. SunTrust sounded the all-clear this morning and upgraded Trade Desk stock to buy. 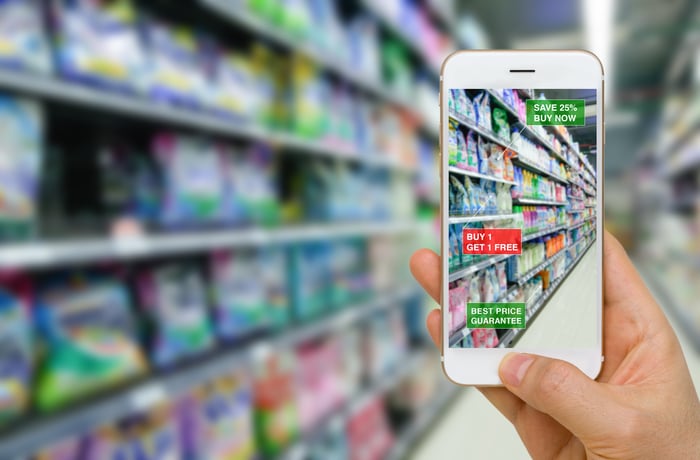 Let's start off with a quick glance back at what Trade Desk told investors in its Q3 earnings report last month. Revenue for the company's fiscal third-quarter client grew 50% year over year to $79.4 million, while earnings before interest, taxes, depreciation, and amortization (EBITDA) increased 47% to $24.4 million. Net income surged 63% to $0.35 per share. All of these numbers beat analyst expectations soundly.

Nevertheless, Trade Desk declined to raise its guidance for the rest of this year by as much as it beat guidance in Q3 -- leading some investors to worry that fourth-quarter earnings will fall short of expectations. Hence the sell-off last month.

2. What SunTrust says about that

To which SunTrust is now saying, "Great! Trade Desk beat earnings, and it's cheaper, too!" (Of course, I paraphrase).

In a note on Trade Desk's upgrade to buy this morning, StreetInsider.com (subscription required) reports SunTrust calls management's new Q4 guidance a "reset" of expectations for investors (which may make it easier for the company to beat expectations once again in Q4).

Given that Trade Desk stock has fallen more than 30% since reporting earnings (i.e., gotten 30% cheaper) and the stock still has more than 20% short interest (in fact, Yahoo! Finance data shows more than 30% of Trade Desk shares are sold short), SunTrust appears to believe that Trade Desk is setting shorts up for a short squeeze -- one that could send the shares rocketing higher once Q4 results actually come out.

How high might Trade Desk fly? SunTrust is targeting a new price of $58 per share -- about 20% above where the stock currently trades. Supporting this thesis, SunTrust points to the "under-appreciated" potential for Trade Desk to benefit from tax reform that could take a smaller bite out of corporate profits, as well as new revenue growth from a partnership with Twitter announced last week.

The most important thing: What it means to investors

Trade Desk's latest financial guidance calls for the company to book revenue of $306 million this fiscal year, with EBITDA of $90 million. Assuming this is how things play out (and with less than three months remaining in the year, you'd think that management's view of how the year will end should be pretty clear by now), this would result in sales growing 51% for the full fiscal year, with EBITDA rising 38%.

Even if Trade Desk didn't raise guidance quite as much as Wall Street would have liked to see, these are still pretty fast growth rates on a stock trading for less than 47 times trailing earnings. Granted, valued on its $31.4 million in trailing free cash flow (FCF), Trade Desk stock sells for a more expensive multiple to FCF: 63.7 times trailing free cash flow. Even so, the gap between growth rate and valuation here doesn't look extreme. The stock's enterprise value-to-FCF-to-growth ratio would work out to about 1.25.

On balance, I'm inclined to agree with SunTrust on this one: "the risk/reward profile" at The Trade Desk does look more "attractive" today than it did a month ago -- maybe even attractive enough to justify a small buy.