Why did the iconic soda maker underperform the market this year?

Coca-Cola (KO 0.03%), one of Warren Buffett's favorite stocks, is widely considered a safe income play for long-term investors. However, Coca-Cola's 9% gain over the past year underperformed both its rival PepsiCo (PEP 0.23%) and the S&P 500, which respectively rose 11% and 18%. Let's take a look back at what went wrong at Coca-Cola this year.

Coca-Cola's sales growth is only positive on an organic basis, which excludes the impact of foreign exchange rates, acquisitions, divestments, refranchising efforts, and other charges. But on a reported basis, Coca-Cola's revenue has fallen annually for ten straight quarters. 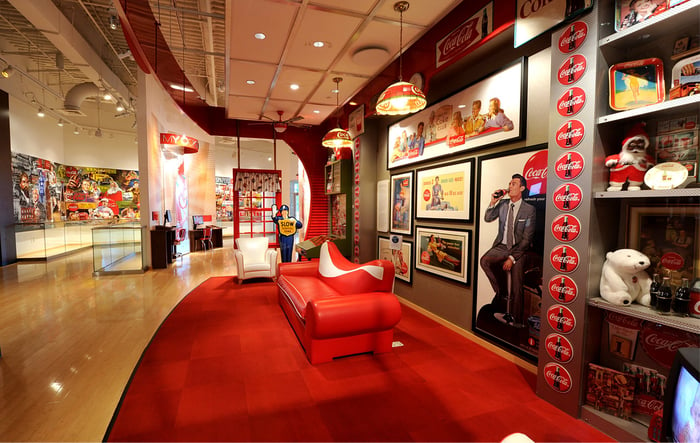 For example, Coca-Cola's organic revenues rose 4% annually last quarter as higher prices and a better product mix offset its flat growth in unit case volumes. However, its net revenues fell 15%, due to an 18% headwind from the ongoing refranchising of its bottling territories.

Coca-Cola props up its earnings with aggressive buybacks. The company spent $2.8 billion, or 46% of its free cash flow, on buybacks over the past 12 months. PepsiCo spent just 36% of its FCF on buybacks during the same period.

3. Its unwillingness to buy Monster

Soda consumption in the US dropped to a 31-year low last year according to Beverage-Digest. Demand is also slumping in other countries as consumers buy healthier drinks. However, the growing niche market of energy drinks is bucking that trend.

That's why Coca-Cola took a 16.7% stake in energy drink maker Monster Beverage (MNST 0.50%) in 2014. At the time, it seemed like Coca-Cola would eventually buy the entire company, which is expected to post double-digit revenue and earnings growth this year.

However, Coca-Cola hasn't expressed any interest in buying the company -- which likely dampened investor enthusiasm for its stock. Monster isn't cheap, with an enterprise value of $34 billion, but it could give Coca-Cola some much-needed growth.

Coca-Cola's stock isn't cheap at 44 times earnings and 23 times next year's earnings. By comparison, PepsiCo has a trailing P/E of 24 and a forward P/E of 21.

Coca-Cola and PepsiCo, which respectively pay forward yields of 3.2% and 2.7%, were both considered safe dividend plays in a low interest rate environment. But with interest rates gradually rising, bonds will become more attractive than blue chip dividend stocks -- which could cause a sell-off of higher P/E dividend plays like Coca-Cola.

If Coca-Cola's stock was poised to run higher, we'd likely see a lot of insider buying. Yet the company's insiders sold over 2.2 million shares over the past 12 months and only bought about 844,000 shares. Over the past three months, insiders sold 338,000 shares but didn't buy a single one.

Coca-Cola isn't a risky investment -- it's one of the world's largest beverage companies and it finished last quarter with $22.2 billion in cash, cash equivalents, and short-term investments. It's also raised its dividend annually for over five decades.

But the company certainly didn't impress investors this year. It didn't follow PepsiCo's example and expand into packaged foods, and didn't listen to pleas to buy Monster. Instead, the company was content to tread water, and investors turned their attention toward more promising plays across the aging bull market.