Please ensure Javascript is enabled for purposes of website accessibility
Log In Help Join The Motley Fool
Free Article Join Over 1 Million Premium Members And Get More In-Depth Stock Guidance and Research
By Ashraf Eassa - Dec 14, 2017 at 8:46AM

Intel is one of the world's largest and most profitable chip companies, commanding a market capitalization of over $200 billion as of writing, and is on track to generate more than $16 billion in operating income this year . 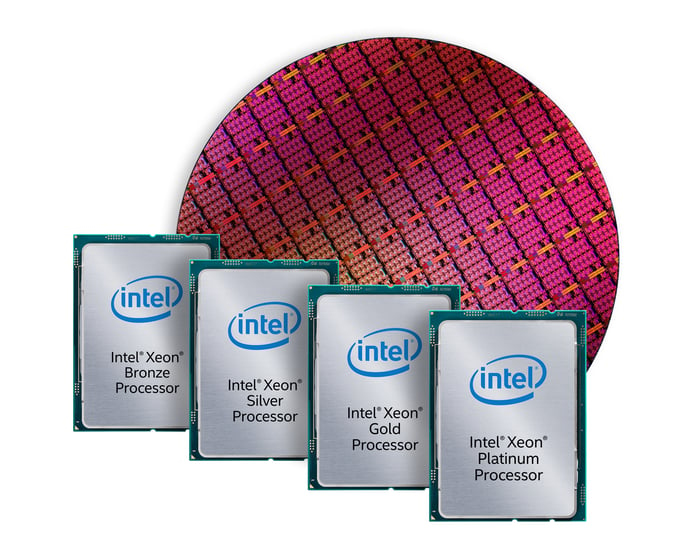 Intel dominates the market for PC and server processors and is pursuing multiple new growth opportunities such as flash memory -- a type of non-volatile memory, or memory that retains its contents even when it's disconnected from power -- along with network processors and even cellular modems.

Against this backdrop, here are three questions from readers, along with my answers.

1. Where can Intel's stock price go?

Here's the first question I received:

What are your predictions on Intel's stock price assuming steady growth in key areas like NVSG, IoT, DCG and PSG? I hope you don't consider this a bad question!

Predicting where stock prices could go is tricky, because stock prices are affected by many factors: historical business performance, general investor sentiment toward a company's growth prospects -- which are, in turn, influenced by investor expectations around the markets that a company participates in -- and, naturally, general market conditions.

That said, we can try to predict how much money a business can potentially earn within a reasonable amount of time and build some assumptions around that to arrive at a potential stock price.

In a leaked internal memo, Intel CFO Robert Swan made the following growth assumptions for each of Intel's businesses through 2021:

Based on those growth rates, Swan sees Intel generating about $4 in earnings per share by 2021 and thinks that with that level of earnings, the company can achieve a market capitalization of $300 billion.

A $300 billion market cap would be good for a stock price of roughly $63 per share at the current share count, up nicely from around $44 per share as of writing.

I think a multi-year target of around $60 per share is reasonable, as $60 per share would be just 15 times Swan's goal of $4 in earnings per share, which is pretty modest in this market. Of course, that's assuming Intel can achieve the growth rates Swan assumed for each of the company's businesses.

One threat that has seemingly re-emerged to Intel's largest business unit, its client computing group (CCG), is the potential for ARM-based processors to power Windows-based computers. The next question I got was related to that:

How is Microsoft on ARM going to impact Intel?

This isn't the first time that Microsoft (MSFT -1.05%) and personal computer makers have pushed the concept of Windows PCs using non-Intel architecture processors, but some believe that the renewed efforts this time around are more credible. 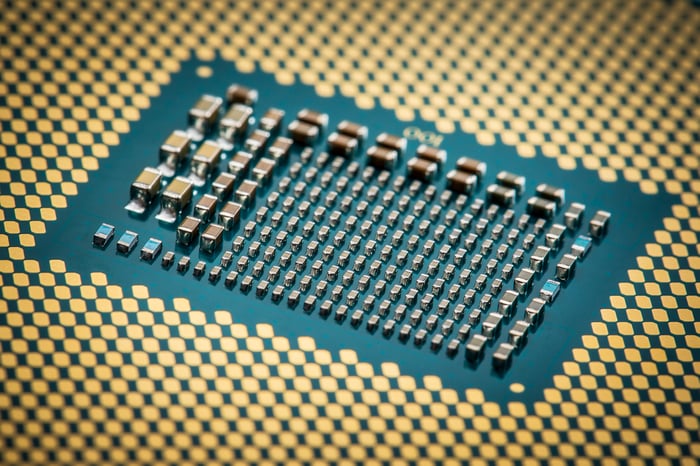 Moreover, Microsoft has included functionality in the ARM-based versions of Windows 10 that allow software originally designed to work exclusively on Intel Architecture-based processors to run, albeit with significant performance degradation, on ARM-based processors.

In addition, Qualcomm (QCOM 1.66%) -- whose ARM-based processors will power the slate of upcoming Windows-on-ARM notebooks -- is claiming significant battery life advantages for laptops powered by its chips compared with those powered by Intel chips.

While I do think Intel does need to dramatically improve the efficiency of its chips to enable systems with greater battery life without performance sacrifices, the reality is this: Intel invests a lot of money in building out a broad portfolio of PC platforms for everything from low-cost notebook PCs all the way to ultra-expensive gaming PCs.

Qualcomm is essentially repurposing chips designed for high-end smartphones for PCs, which dramatically limits the portion of the PC market it can serve.

On top of that, Intel's brand is simply much stronger than any other chip vendor, at least in the world of PC processors, and the company invests significantly to maintain and expand its brand there. That's something that'll be hard for any potential competitor of Intel's to overcome.

While Intel shouldn't dismiss Qualcomm or any other vendor as a competitive threat, I don't think Qualcomm's entry into the Windows PC processor market is going to have much of a financial impact on Intel's business anytime soon.

The final question I received:

Who should be responsible for the 10nm mess?

The issues with Intel's 10-nanometer technology has led to numerous product cancellations and last-minute additions to the product pipeline that are, arguably, not as compelling as the products that were originally planned.

Gonzalez is being quite fair in calling it a mess. So, then who is responsible?

I'd argue that the management of Intel's chip manufacturing group -- known as the technology and manufacturing group (TMG) is responsible for the way 10-nanometer development has played out. Perhaps the company simply bit off more than it could chew when it set its goals for 10-nanometer, or maybe management didn't allocate its human, technology, and financial resources properly to get the technology developed on time.

However, I'd say there's more blame to go around for how this delay affected the company's product portfolio. One of the reasons some people (including me) are frustrated with the delay in 10-nanometer manufacturing is that in terms of features and performance, the additional 14-nanometer products that were added to Intel's product plans to fill the void left by the 10-nanometer products weren't as compelling as they could've been.

They were, in effect, derivatives of the same basic chip family that Intel introduced in the second half of 2015, but with manufacturing technology enhancements and implementation improvements. The underlying architecture of the chips hasn't changed, which has limited the scope for feature improvements, performance enhancements, and efficiency gains.

I think Intel could've built substantially more capable products using its 14-nanometer technology had the company planned properly for the delay in 10-nanometer manufacturing. I think Intel's TMG was overly optimistic about when it could bring 10-nanometer into economically viable mass production, but I think the product groups deserve some blame for not calling TMG out on its unrealistic expectations and putting plans in place for more interesting and feature-filled 14-nanometer products to sell in the meantime.