Please ensure Javascript is enabled for purposes of website accessibility
Log In Help Join The Motley Fool
Free Article Join Over 1 Million Premium Members And Get More In-Depth Stock Guidance and Research
By Danny Vena - Dec 14, 2017 at 10:18AM

Autonomous driving is on the verge of mass adoption, and a key component just got a whole lot better. Investors should keep their eyes peeled for a potential investment opportunity over the next two years.

One of the amazing technological feats behind advances in self-driving cars is the light detection and ranging system, or LiDAR. This remote sensing device sends out pulses of laser light and measures the amount of time it takes for the reflection to return, allowing it to calculate the distance to objects. This technology has been used in aircraft for decades to detect their distance from the earth, as well as in a variety of mapping and modeling operations.

The gold standard for the LiDAR technology used in autonomous vehicles is produced by Velodyne, and its customers are some of the most widely recognized companies in both Silicon Valley and the Detroit auto industry.

The company that pioneered this groundbreaking technology is releasing a new device that seriously outperforms its predecessor -- and could vault autonomous cars into the mainstream. 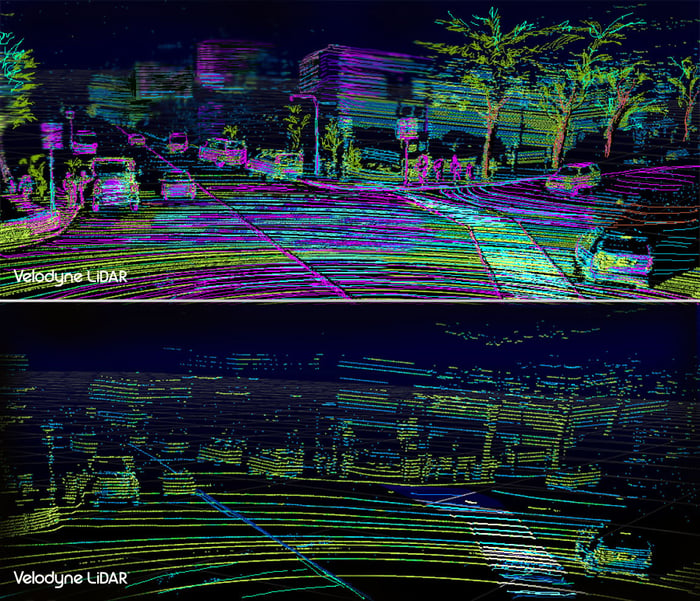 The company's founder and CEO, David Hall, pioneered and patented the multibeam spinning LiDAR sensor back in 2007 to participate in a government contest for self-driving cars. The Defense Advanced Research Projects Agency (DARPA) is a well-known research organization and part of the U.S. Department of Defense, and it was an early proponent of self-driving technology. DARPA hosted a series of annual road races for self-driving cars, and Hall's technology was used by both the winning and the second-place teams in 2007.

Automaker Ford Motor Company (F -2.43%) and Chinese search giant Baidu, Inc. (BIDU -1.80%) are among Velodyne's investors that also use its products. The company boasts that the 13 largest automakers and 22 large tech companies use its LiDAR.

The system that has been a key component in the paradigm shift to autonomous driving just took a quantum leap forward. Velodyne announced that it is releasing the new VLS-128, which boasts an industry-leading 128 lasers and provides the highest resolution, longest range, and widest field available. This doubles the previous number of laser beams emanating from the unit, while reducing the size of the sensor by 70%. 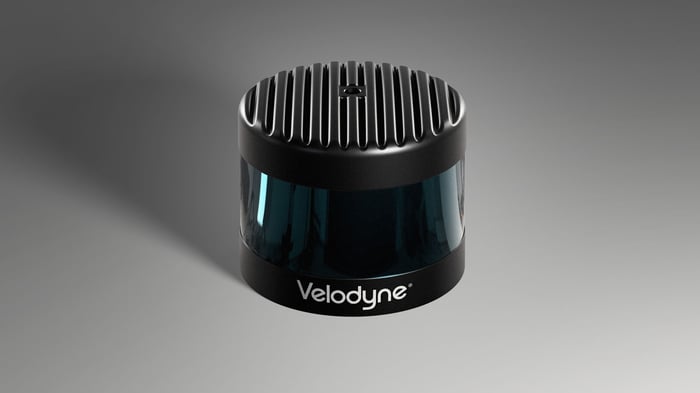 The device delivers 10 times higher resolving power than its predecessor by using faster scans and improved algorithms to produce up to 3 million data points per second. It also doubles the range at which it can detect objects, jumping to 300 meters. The company says the device is between three and 10 times better than any previously existing technology.

Velodyne just completed work on a fully automated production facility that will increase the number of units the company can produce from thousands this year to more than a million in 2018. This will also decrease the costs to manufacture the units.

Velodyne is still private, though its president, Mike Jellen, indicates that an IPO is likely in "the 2018-19 time period." The company is profitable and expects revenue of $200 million this year, an increase of three to five times over the prior year. The company received $150 million in investment from Ford and Baidu in 2016, but it won't discuss its valuation. Forbes used the company's expected revenue and calculated a market value of about $2 billion.

Self-driving car technology is seeing growing adoption by the world's largest automakers and tech companies. Velodyne provides one of the key components, and if the company goes public, it might provide investors with a rare opportunity.