Please ensure Javascript is enabled for purposes of website accessibility
Log In Help Join The Motley Fool
Free Article Join Over 1 Million Premium Members And Get More In-Depth Stock Guidance and Research
By Asit Sharma - Updated Dec 14, 2017 at 9:59AM

With the exit of its swimwear and apparel lines firmly in the rearview mirror, investors are starting to focus on results of L Brands' core businesses.

Shares enjoyed a boost on the first day of the month when L Brands revealed in its monthly sales report that third-quarter 2017 earnings per share would reach the high end of its previously guided range of $0.25 to $0.30 per share. When released on Nov. 15, earnings indeed hit $0.30 per share for the quarter.

During the third quarter, revenue increased 1%, and comparable sales decreased by 1% versus the prior-year comparable quarter. Last year, L Brands made a strategic decision to exit swimwear and apparel within its Victoria's Secret segment. The exit impacted comparable sales negatively by 2% in the third quarter, meaning that the company achieved slightly positive "comps" of 1% when adjusting for the discontinued lines.

The company's third-quarter report showed continued strength in the Bath & Body Works segment, which expanded sales by 6% to $815 million. This personal care products segment, the company's second-largest business after Victoria's Secret, has improved its top line by 5.4% during the first three quarters of 2017. That amounts to $122 million in additional sales over the prior year, which has partially offset a $474 million decline in Victoria's Secret's year-to-date revenue.

In its earnings conference call, management relayed that the company expects a reasonably successful holiday season, which will be characterized by margin discipline around a slate of planned promotional activity. 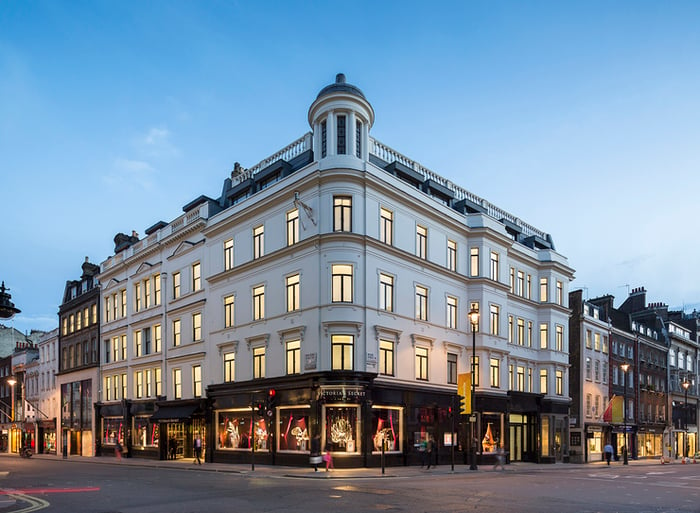 Since the summer, L Brands has slowly climbed out of a stock price trough, assisted by improved earnings prospects. 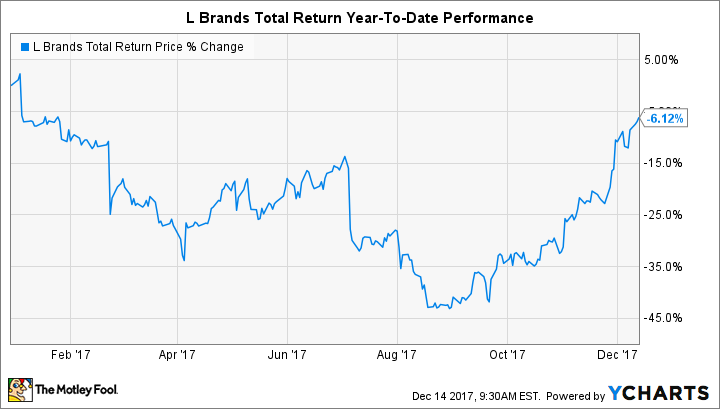 While brick-and-mortar retailers still feel significant industry pressure, L Brands shareholders are starting to grasp that the company's revenue woes aren't excessively dire. And a few bright spots could potentially spark future growth, including direct-to-customer sales, which expanded by 22% to $309.6 million in the Bath & Body Works segment during the first nine months of the year. Renewed shareholder confidence and general interest in beaten-down retail stocks may lead to a healthier stock chart for L Brand shares in 2018.