The home furnishings retailer was getting crushed again after another weak earnings report.

Shares of Pier 1 Imports (PIRRQ) were tumbling Thursday after the home-furnishings retailer released an underwhelming third-quarter earnings report, missing earnings estimates and lowering its guidance for the year. 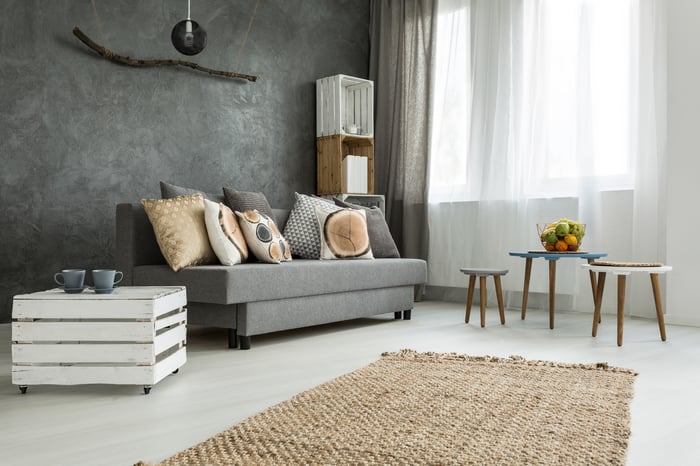 Comparable sales, which include e-commerce, slipped 0.7% in the period, though management said hurricanes cost it 100 basis points in the key metric. Overall revenue was down 1.4% to $469.2 million, a reflection of the decline in comps and a handful of store closures, but that figure still beat analyst expectations at $466.3 million.

However, gross margin in the period fell 360 basis points to 37.7%, which the company blamed on "heightened promotional activity," and as a result, earnings per share declined from an adjusted total of $0.22 a year ago to just $0.09, which missed estimates at $0.12.

CEO Alasdair James noted the impact of hurricanes and promotional activity in October and November, but also said, "We saw improved sales over November, including a solid Black Friday weekend," but "overall trends dropped considerably during the first two weeks of December."

Like most retailers, Pier 1 sees sales spike during the holiday season so the weak performance thus far in December was a warning sign for investors. Even worse, the company slashed its full-year adjusted earnings per share guidance from $0.38-$0.48 to $0.17-$0.25. It also called for comparable sales to fall 1.5% to 3.5% in the current quarter -- a sign that the recent headwinds will persist.

While management said it had just completed a strategic review of the business and was working on a three-year plan to "transform the business," it's not surprising to see the stock crashing after the company chopped its earnings guidance for the year in half.