Comic-book icon Mark Millar has created his first original series for Netflix, but it won't be available on the streaming service...yet. This provides insight into the company's long-term aspirations.

When streaming pioneer Netflix, Inc. (NFLX 0.89%) acquired Millarworld in August, many believed the creator behind such blockbusters as The Avengers, Captain America: Civil War, and Logan would immediately start to work adapting his existing works for Netflix. Fans were concerned that Millar, who penned the stories behind such movies as Wanted, Kick-Ass, and Kingsman: The Secret Service would forego writing in favor of bringing existing stories to the streaming service.

Millar revealed in November that he had begun work on a new comic book, The Magic Order. The six-issue series will be released in the spring of 2018. This is exciting news for comic fans and equally good for Netflix investors, as it adds to the mounting evidence that the internet entertainment service is following in the footsteps of the master of intellectual property -- The Walt Disney Company (DIS 5.86%). 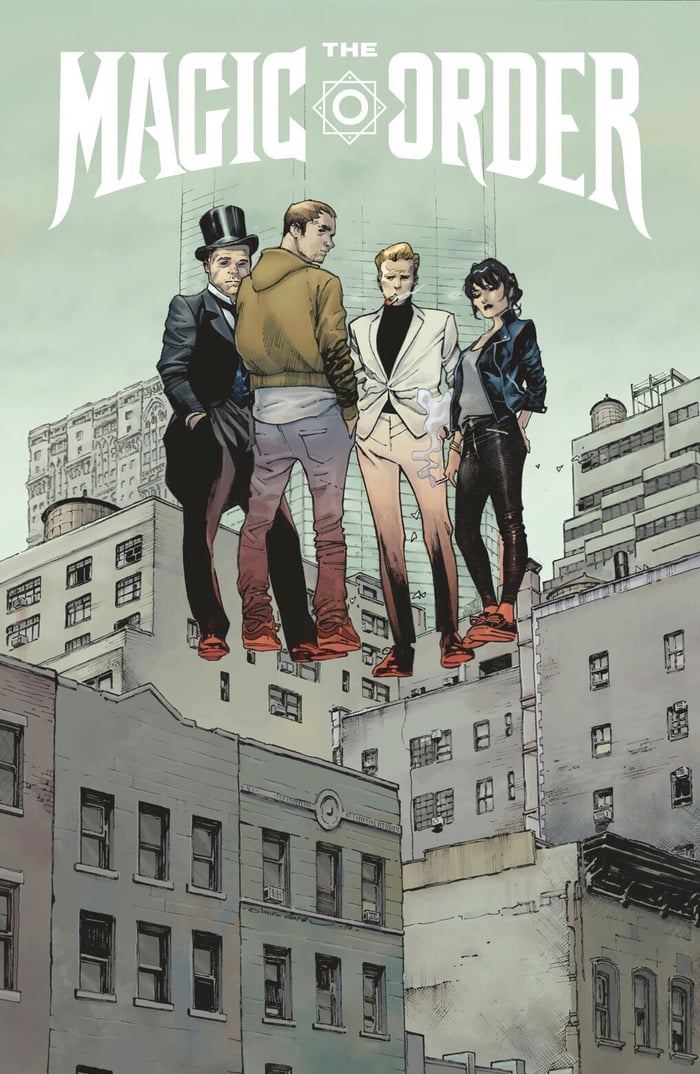 The narrative, which is described as "magic meets the mob," tells the story of five families of magicians that live among humanity, sworn to protect us against dark and evil forces. They are battling an enemy that is picking them off -- one by one.

The artist for the series is legendary Marvel artist Olivier Coipel, who inked such iconic comics as Thor, The Avengers, The Amazing Spider-Man, and Jessica Jones.

In a press release, Millar said:

We wanted to make a splash with our first book for Netflix and this is it. I love dark fantasy and there's an enormous gap in the market for something like this. Netflix hiring Olivier has also made me the happiest guy alive. I've been after him for almost ten years so to finally have our names in the same book is an absolute honour.

The importance of this move cannot be overstated. Netflix may have taken ownership of Millar's independent comics to date, which is an impressive body of work. These stories will eventually find their way into a variety of Netflix original series, movies, and kid's programming. More importantly, though, it gained the creative mind behind the adventures.

For those not familiar with Millar's work, his tale The Ultimates was selected by Time Magazine in 2009 as the "Comic Book Of The Decade." He is also responsible for Superman: Red Son, the three-issue series that examined "what would have happened if Superman had been raised in the Soviet Union?" The series was nominated for the Eisner Award in 2004 (the comic version of the Oscar), and "remains the best-selling Superman graphic novel of all time."

Netflix has made a splash in recent months, joining forces with some of the most talented creators in television.

Shonda Rhimes and her production company Shondaland signed with Netflix after a 15-year run with ABC, writing and producing such hits as Grey's Anatomy, Scandal, and How to Get Away with Murder. According to Rhimes, she was promised "a clear landscape to do whatever I want" at Netflix.

Jenji Kohan, the creator of Weeds as well as hit Netflix shows Orange is The New Black (OITNB) and GLOW, signed an exclusive multiyear deal with Netflix "to produce new original series and other projects." OITNB was part of the company's initial foray into original programming and among its earliest hit shows, and it remains one of Netflix's most popular series.

This massive land grab of creative talent is only one way Netflix is following the Disney scorecard.

Earlier this year, a Netflix job posting revealed the company was seeking a merchandising and promotion manager to handle content distribution and licensing of consumer products like books, toys, comics, and apparel based on its hit programming. The move into merchandise was described at the time as a "billion-dollar opportunity."

During the company's third quarter 2017 earnings interview, Netflix exec's showed off sweaters based on the pop culture hit show Stranger Things. Fans of the show can find other products including coffee mugs, action figures, and t-shirts. The company also licensed multiple board games including versions of Clue and Monopoly. CEO Reed Hastings said, "We're learning how to do merchandising. We've got some amazing displays and amazing materials out at Target." Products are also available at Hot Topic.

Stranger Things 2 was released in October, and it appears to have recaptured the magic of the first season, producing another breakout hit.

Netflix isn't nearly the global media empire that Disney is, but it's important to remember that Netflix has only been around for 20 years, while Disney just celebrated its 94th birthday. Netflix's revenue of $2.98 billion pales in comparison to the $12.78 billion Disney generated in its most recent quarter. Still, it appears Netflix is learning from the master. Stranger Things will likely be only the first in a long line of shows that will translate well into fan favorite products.

Disney is able to leverage its treasure trove of beloved characters across its media networks, consumer products, and theme parks. Netflix has one media network and is just starting its journey into merchandise.

In a strange bit of irony, Disney recently announced that it will begin its own streaming service, taking a page from the Netflix playbook.