The value of one bitcoin (BTCUSD) has risen by more than 1,600% as of this writing and currently sits at about $16,700 (BTC/USD). With performance like this, you may think that 2017 has been bitcoin's best year in its roughly nine-year history, but you'd be wrong.

Bitcoin's value in the early days

It's tough to say what the "starting value" of bitcoin is for the purposes of calculating its all-time gain. The first bitcoins were "mined" in early 2009, but none were traded on an exchange, or in any other monetary transaction until mid-2010.

The first bitcoin exchange opened in March 2010, and the first cash value of bitcoin on that exchange is reported to have been $0.003. A couple of months after this, we know that someone paid for two pizzas with 10,000 bitcoins, which would make this transaction value $30, a reasonable price to pay (in dollars). So, we'll use this as a reference. 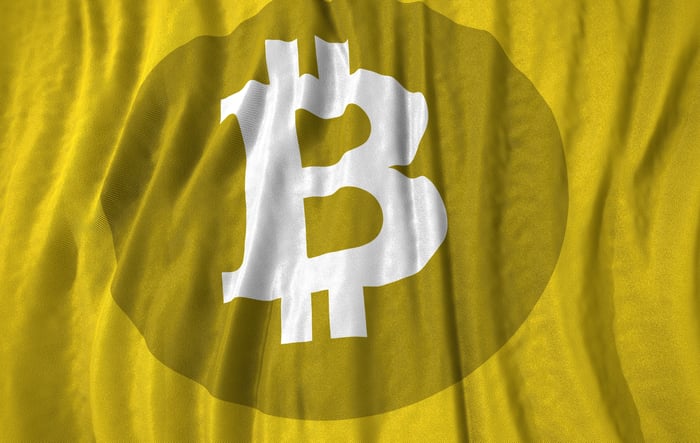 Here's a chart of bitcoin's performance throughout its short history:

Data Source: Buy Bitcoin Worldwide. Prices are as of the final trading week of each year. Current price is as of December 12, 2017 at 7:30pm. Note: The first and last performance figures don't quite represent full years, but are the logical starting and ending points for this analysis.

A couple of things to notice here. First of all, 2017 is bitcoin's third-best year. The gains of 2010 and 2013 were much more dramatic, percentage-wise (BTC/USD). Although, it would be accurate to say that bitcoin's roughly $16,000 gain in 2017 was its best performance yet, in terms of dollar value gained.

Second, in bitcoin's least-volatile year (2015), the cryptocurrency "only" gained 42% (BTC/USD). I've written before that while bitcoins amazing run has been driven mainly by speculators, the volatility remains one of the biggest obstacles to bitcoin achieving widespread acceptance as a currency. After all, if you're saving for a major purchase, who wants to leave their money in a currency that could literally be worth half as much in a year (hey, it happened in 2014).

There has been lots of speculation in the media from industry experts predicting the future potential of bitcoin. Just before I wrote this, a bitcoin expert on CNBC said that the currency could reach $40,000, but others have been far more optimistic. In fact, two hedge fund veterans recently predicted that bitcoin could reach $1 million by 2020 – and bitcoin was worth about $7,000 less than its current value at the time they made this claim.

While this sounds like an extremely bold prediction (and it is), it may not be as outlandish as it sounds. For starters, there are about 16.7 million bitcoins in existence right now, and global wealth is estimated to be $280 trillion.So, if 6% of the world's wealth was stored in the form of bitcoin, it would translate to a $1 million price tag (BTC/USD). This is a lofty figure, and while I'm not sure I believe it could happen by 2020, it is certainly possible over the long run if bitcoin becomes a multi-national, widely accepted form of payment.

Furthermore, a $1 million value by 2020 would represent a 674% annualized growth rate for the next two years, and the fact that this wouldn't be out of the ordinary for bitcoin, from a historical performance standpoint, speaks volumes about just how volatile the digital currency has been.