Please ensure Javascript is enabled for purposes of website accessibility
Log In Help Join The Motley Fool
Free Article Join Over 1 Million Premium Members And Get More In-Depth Stock Guidance and Research
By Todd Campbell - Updated Dec 15, 2017 at 10:36AM

A new treatment of Fabry disease could be available in the United States as soon as 2018.

Amicus Therapeutics (FOLD 0.56%) already markets its Fabry disease drug Galafold overseas, and it hopes it will soon be able to help patients in the U.S., too. Yesterday, management reported that it had completed the application for Galafold's Food and Drug Administration (FDA) approval.

The FDA has 60 days to accept or reject the application. If it's accepted, the FDA will set a date to announce an official go/no-go decision on Galafold. An eventual approval could significantly improve this company's financial position, so let's take a closer look at Galafold's opportunity.

Fabry disease patients don't produce enough of a protein that's responsible for breaking down a fatty substance called GL-3. As a result, GL-3 builds up in vital organs, including the heart and kidneys. Over time, the buildup increases the risk of kidney failure, stroke, and heart attack. 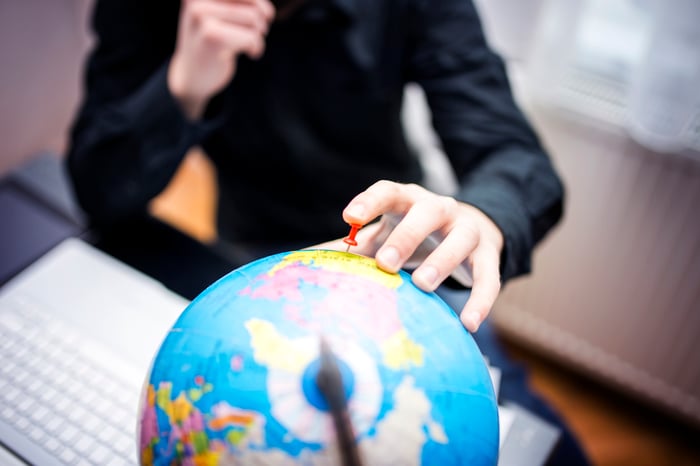 Enzyme replacement therapies (ERT) provide the alpha-gal A enzyme that's needed to break down GL-3. While Fabry disease is uncommon, ERTs still generate hundreds of millions of dollars in annual sales. Shire's (NASDAQ: SHPG) Replagal is sold in Europe and Sanofi's (SNY 1.96%) Fabrazyme is available in both Europe and the United States. In 2016, Replagal's sales were $452 million and Fabrazyme's sales were $715 million, at current exchange rates.

Galafold's market opportunity is smaller than those two drugs, though. Unlike ERTs, Galafold acts as a chaperone drug that stabilizes alpha-gal A in patients who still produce some of it. According to Amicus Therapeutics, between 35% and 50% of Fabry disease patients can be treated with Galafold. Nevertheless, an approval could still produce meaningful revenue because Replagal and Fabrazyme are expensive therapies, and Galafold will be pricey, too.

Galafold's currently on the market in Europe, so that market offers some insight into how big of a deal a U.S. OK could be. In the third quarter, Galafold's net product sales totaled $10.9 million, and at the end of October, there were 260 reimbursed Galafold patients. If we divide the company's third-quarter revenue by the number of patients in October, we get a rough estimate of about $42,000 per patient per quarter.

That estimate is likely conservative, however, because new patients are coming on to treatment every week. In July, there were 179 patients on Galafold, so if we calculate revenue per patient that way, we end up with an estimate of about $61,000 per patient per quarter. The reality is that the real number is probably somewhere in between those estimates.

There will be 300 patients on Galafold at year-end, according to the company. If we use the above average revenue-per-patient figures, fourth-quarter revenue could be between $12.6 million and $18.3 million, giving Galafold an annualized sales run rate of $50 million to $73 million. At the midpoint, we end up with about a $62 million run rate, and that's only from European countries that have reimbursement or access agreements with Amicus Therapeutics.

Assuming that Galafold wins FDA approval next year, it isn't a stretch to think the drug can be used to treat a similar number of patients as in Europe. Assuming half of the 3,000 patients in the U.S. are under treatment and one-third of them will end up on Galafold, then Galafold could be used in 500 Americans and generate between $21 million and $30.5 million per quarter in additional revenue, based on our per-patient revenue estimates.

Amicus Therapeutics issued enough stock earlier this year for management to think it has enough money to get it into 2019. Theoretically, that means it has enough to get Galafold to market in Japan, where a regulatory decision is expected in the first half of 2018, as well as in the U.S. in the second half of 2018, if all goes well at the FDA.

It's anyone's guess, however, what the FDA will do. Previously, it told Amicus Therapeutics that it didn't have enough data to support an approval. Now, it's saying it will consider the same data used to win approval in Europe. If the FDA approves Galafold, it would be a big win, but even if it doesn't, the company's not out of luck.

Galafold's approval in Europe means that at least some money is rolling in. The company also has an intriguing Pompe disease therapy in development.