Investors should take a closer look at Chuy's Holdings, Codexis, and Renewable Energy Group before 2017 is in the books.

Small-cap stocks are riskier than their blue-chip peers, but they can also deliver incredible gains. The trick is finding solid businesses that the rest of the market is overlooking, putting your emotions aside to ride out volatility, and remembering to focus on the long-term trajectory of the company. It's not easy, but it isn't impossible to find multibagger stocks flying under the radar, either. 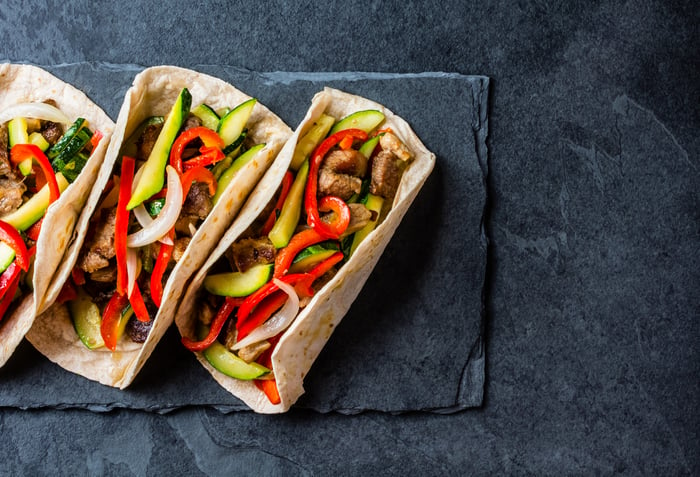 This Tex-Mex chain may have bottomed out

Despite impressive growth on the top and bottom lines, Chuy's hasn't been able to escape the downward spiral that has ensnared the restaurant industry in recent years. The stock set a new 52-week low -- and nearly a new all-time low -- in September, at which point the stock was down 44% for the year. But investors have turned unusually bullish on the stock in the time since.

Ironically, the third-quarter 2017 financial report provided more evidence of an industry in decline. Comparable restaurant sales during the period were down 2.1%, with the recent Atlantic hurricane season accounting for nearly half of the drop. So what's there to get excited about?

Well, management extended an olive branch of sorts to shareholders. Chuy's will pull the reins back on store expansion in 2018 and use the saved capital to repurchase up to $30 million in shares by the end of 2019. That will be a win-win. If the repurchase program is completed in full, then the outstanding share count will be reduced by about 8%. If same-store sales show promising trends beforehand, then management has the option to reverse course and deploy that capital to new-store growth instead.

While not ideal, forgoing expansion next year protects shareholders if the industry's decreasing foot traffic accelerates. In that scenario, the more locations a chain has, the worse off it will be. From that perspective, the short-term expansion slowdown demonstrates that management is willing to make difficult decisions to protect long-term value creation. And with just 87 locations, the potential for Chuy's is still remarkable, perhaps just a little delayed. 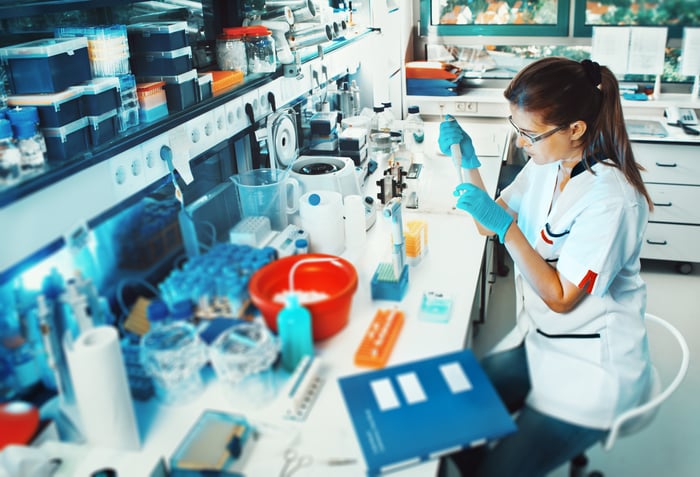 Codexis is still relatively unknown to most investors, but I consider it to be one of the most solid small-cap stocks on the market. That's a bold claim, but the enzyme engineering company delivers.

The company deploys machine learning and an iterative design-build-test loop to engineer enzymes, or proteins that increase the efficiency and economics of chemical manufacturing processes, for customers in the pharmaceutical, biopharmaceutical, and food and beverage industries. The effort requires a highly specialized technology platform, which Codexis has steadily improved over the last 10-plus years. It's beginning to pay off: Today, 15 of the top 20 pharma companies worldwide are customers.

The results are also beginning to translate into improved financial performance for shareholders. While the business has historically been primarily dependent on milestone and collaboration revenue, such a strategy results in choppy and unpredictable revenue. That's why the recent and sudden strength of product revenue is so encouraging. Indeed, it will determine the company's long-term growth trajectory.

Through the first nine months of 2017, product revenue is up 73% compared to the year-ago period. Even better, product gross margin has swelled to 44% from 33% in the comparison periods -- and that excludes essentially cost-free milestone payments that are also expected to grow this year. If that growth continues through the end of the decade as expected, and the recently announced biotherapeutic program shows promise after clinical trials begin in 2018, then Codexis stock will easily outgrow its $370 million valuation. 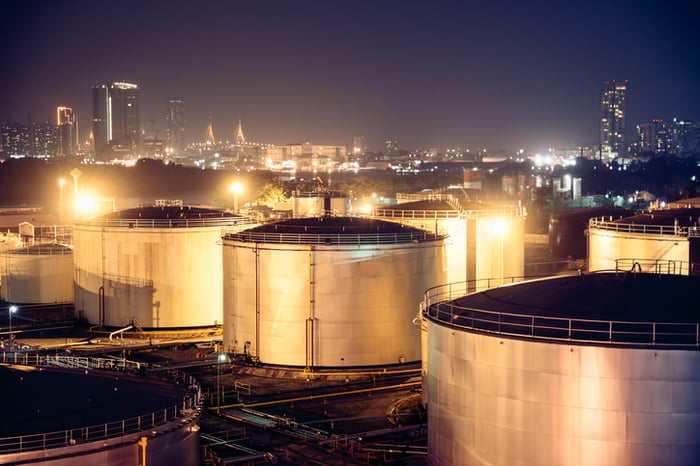 Betting on a big windfall

The country's largest biodiesel producer has been growing production capacity and revenue each and every year like clockwork. Unfortunately, the biodiesel industry is constrained each and every year by the very entity that created it: the federal government. How so? The Biodiesel Excise Tax Credit, or BTC, which provides producers with cost-free revenue for every gallon sold, is allowed to expire annually only to be retroactively reinstated at a later date.

It's not surprising that Wall Street hates the perpetual uncertainty, which keeps a lid on Renewable Energy Group stock despite an otherwise epic growth profile. While revenue has more than doubled in the last five years, the stock currently trades at just 0.79 times book value and boasts an unheard-of 0.3 times enterprise value-to-revenue ratio. Why the mismatch?

The BTC makes or breaks the bottom line, but has not been in effect for all of 2017. Consider that through the first nine months of the year Renewable Energy Group posted adjusted EBITDA of $18.8 million. However, if the BTC is retroactively reinstated, then the company would receive a windfall that would push that figure to $172 million.

There isn't absolute certainty that the BTC will be reinstated, but the fact of the matter is that it has been reinstated 100% of the time it has expired in the past. Given that Renewable Energy Group has built a formidable business, each and every reinstatement has resulted in a bigger windfall than the year before. Indeed, it would post a record level of adjusted EBITDA in 2017 if the tax credit comes back. If you can stomach volatility and hang on to this very undervalued biodiesel stock, then retroactive reinstatement may be an event worth betting on.

While there's certainly risk involved for these small-cap stocks, there's major opportunity as well. Chuy's could continue to face headwinds along with the rest of the restaurant industry, but its long-term expansion potential is incredible. Renewable Energy Group could continue to reel in uncertainty thanks to decisions made in the nation's capital, but keep making the right decisions for sustained growth.

Codexis faces the least amount of uncertainty and most upside potential of all three stocks on the list above, in my opinion. Its biotherapeutic program has substantially less downside if it encounters failure because it's supported by a strong industrial enzyme business. And aside from distant competition from next-generation technologies -- which it could adopt itself -- there's not much that could derail the growth story. The small-cap stock would make for a great buy this December.

3 Stocks for Baby Boomers to Reach Their Goals