With just one more month to book before the year ends, it appears automakers' U.S. sales will be down year over year for the first time since 2009. Although a solid November performance has put the seasonally adjusted annualized sales rate at 17.4 million vehicles, they are still on track to come up short of the 17.6 million vehicles sold last year.

But even at the start of what some industry analysts think might be a multiyear domestic downtrend, there were some notable winners among those models being driven away from the nation's dealerships. It should be noted that light-duty pickup trucks remain the best-selling vehicles in the country, as they have for several years running. Here we'll take a look at the five cars that have sold best in the U.S. through the first 11 months of this year.

Included in the list are compact crossover SUVs. Why? As we'll soon see, the crossover is a hugely popular style of vehicle this year (and in years past, for that matter). While their larger brethren, the SUV, is typically built on truck platforms, compact crossover models are built on car platforms, so they've been included. 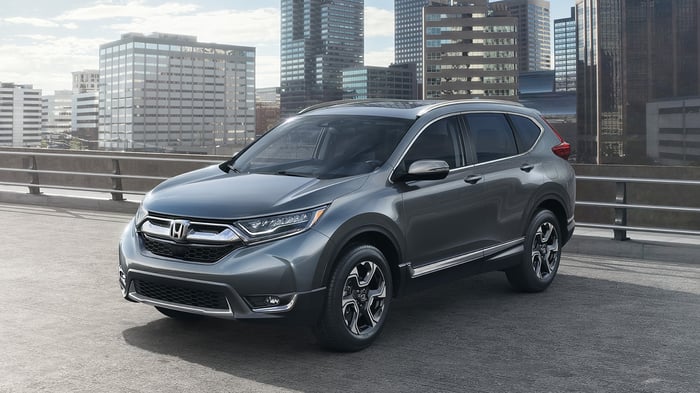 The compact crossover sport utility vehicle from Honda Motors (NYSE:HMC) has been immensely popular since it was first introduced in 1997, and 20 years later, Honda has sold some 4 million of them. The CR-V is built on Honda's larger Civic platform, rather than the smaller Accord variant, which gives it an all-wheel drive system and a 1.5 liter turbocharged four-cylinder engine that pumps out 190 horsepower. With a larger size, but a smaller look, the Honda CR-V is likely to remain a consumer favorite. 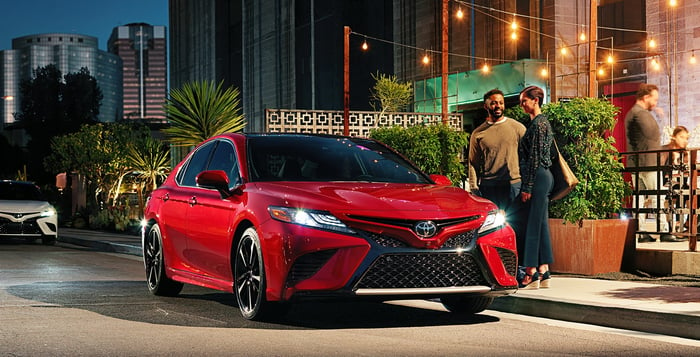 The midsize sedan from Toyota Motors (NYSE:TM) was the best-selling car in the U.S. for 15 years running -- until 2017. Although the model was updated for the first time in four years this year with a longer wheelbase, among other things, it remains largely the same as it ever was. While it has two new engine options featuring an eight-speed automatic transmission, the styling was critiqued as boring -- as some wags put it, it resembles an appliance. But based on its high sales numbers, it may be that a large swath of car buyers are happy with a reliable, albeit utilitarian, vehicle.

Along with the CR-V, the Civic is another reason why Honda has been able to consistently grow its annual sales, and this year is no exception. The automaker's sales are up 8% through November, second among major car companies only to Nissan (OTC:NSANY), which scored an 18% year-over-year gain.

The Civic model, sales of which are running about 15% higher than the equally durable though higher priced Accord, has long been a stalwart go-to car for reliability and performance, but Honda spiced things up this year by offering it in both coupe and new hatchback body styles, as well as performance-oriented models like the Si and Type R. That the Civic sits among 2017's top-selling cars is no surprise. 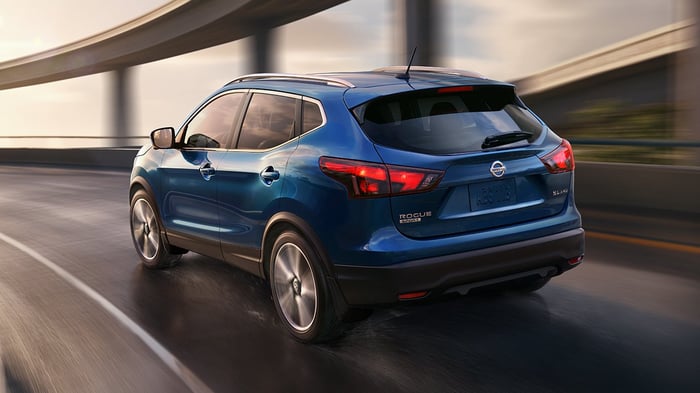 Nissan has capitalized on the car buying public's desire for compact crossovers, and its entry in the category surpassed the CR-V this year in popularity. More importantly for Nissan, the Rogue is the carmaker's most popular vehicle in the U.S.; its sales have soared 25% so far this year. But it might not be a completely fair comparison: Nissan sells a lot of Rogues to fleet buyers.

Last year, 19% of Rogue sales were fleet sales, but through September 27% of the model's sales were to fleet buyers, mostly rental agencies. Although Nissan's sales were better balanced between retail and fleet this year, the two major hurricanes caused it to sell more to fleet again. 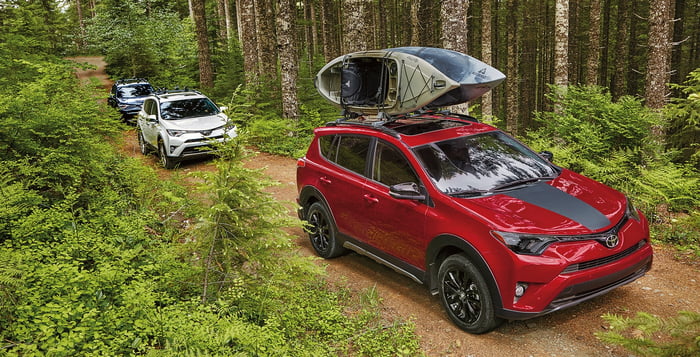 The biggest winner in the crossover marathon is Toyota: Its RAV4, another perennial big seller, tops the list, helped along by its November results. Although RAV4 sales only rose 2.2% for the month, with 28,700 of them driven off dealer lots, the model had its best November performance ever, helping Toyota hold its title as the biggest seller of cars in the U.S.

The auto industry is poised to have its third consecutive year of new car sales exceeding 17 million vehicles. So even if it wasn't as high as the all time record of last year, it remains a remarkable achievement and a tremendous revival following the depths of the recession.

It's also a big win for Toyota, which continues to be the biggest seller of cars in the U.S., even though, like the market as a whole, sales are down slightly year over year. With the RAV4 having its 11th consecutive best-ever monthly total of sales, it looks like the Camry has passed the baton as America's favorite car, though only time will tell if its reign will last as long.