Please ensure Javascript is enabled for purposes of website accessibility
Log In Help Join The Motley Fool
Free Article Join Over 1 Million Premium Members And Get More In-Depth Stock Guidance and Research
By Ashraf Eassa - Dec 17, 2017 at 10:03AM

Investors shouldn't use Intel's official price list to determine what it actually charges its major customers.

On chip giant Intel's (INTC 2.46%) investor relations page, the company provides a link to a price list for its wide range of processor offerings. These prices are what Intel refers to as "recommended customer price[s]." Some investors might refer to this processor price list to get a sense of what the company charges its major customers -- that is, large personal computer vendors and large data center operators -- for its chips. However, investors need to keep in mind that the prices on this price list don't reflect what customers who buy chips in any real quantities actually pay.

Allow me to illustrate that with an easy example. 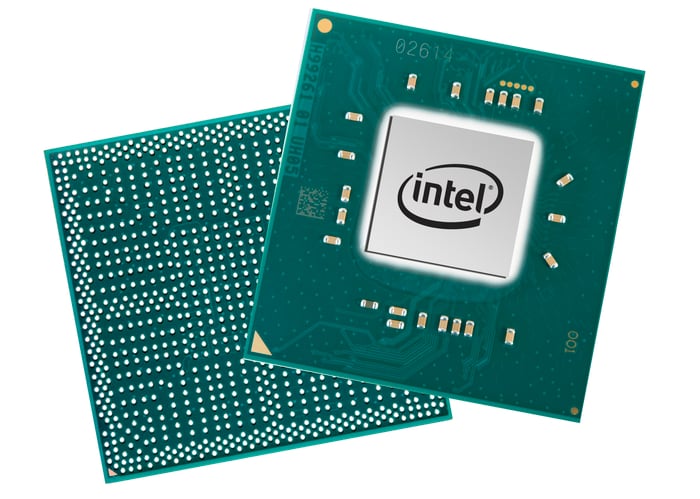 How much for a cheap laptop chip?

Intel's processor price list says that the company asks $161 for a chip known as the Pentium N4200, which is based on the company's low-cost Apollo Lake architecture. This is an ultra-low-end processor intended for, effectively, bottom-of-the-barrel notebook computers.

On Newegg.com, a major computer and computer component reseller, I was able to find a laptop powered by the N4200 that sells for $329.99.

Keep in mind the following facts about this computer:

The manufacturing cost of this computer has to be somewhere south of $200 for the computer manufacturer to make a profit, and there's no way that this cost could be anywhere close to where it needs to be if Acer were paying anything close to $161 for the Pentium N4200 chip.

What does it actually cost?

To try to figure out how much something as low-end as the Pentium N4200 costs, it's worth diving into Intel's financial results for clues.

Keep in mind that most of Intel's PC processor shipments, per the company, are now based on the company's higher-end Core processor family (Pentium and Celeron represent Intel's value brands), and the company has reported continued mix shift toward its Core i7 processors (Core processors come in Core i3, Core i5, Core i7, and recently Core i9 variants).

This means that a processor like the N4200 not only doesn't cost $161, but it likely costs substantially less than $126. My guess is that this chip really costs somewhere in the ballpark of $30 to $50 in the kinds of quantities that any serious PC vendor is going to want to buy.

Intel's processor price list, then, is not much more than a mirage.