Would you use a savings account that also functioned as a lottery ticket? While that may sound like a strange combination, that's precisely the idea behind prize-linked savings accounts, which have surged in popularity in recent years. Here's a rundown of how these accounts work, and the best way to use them. 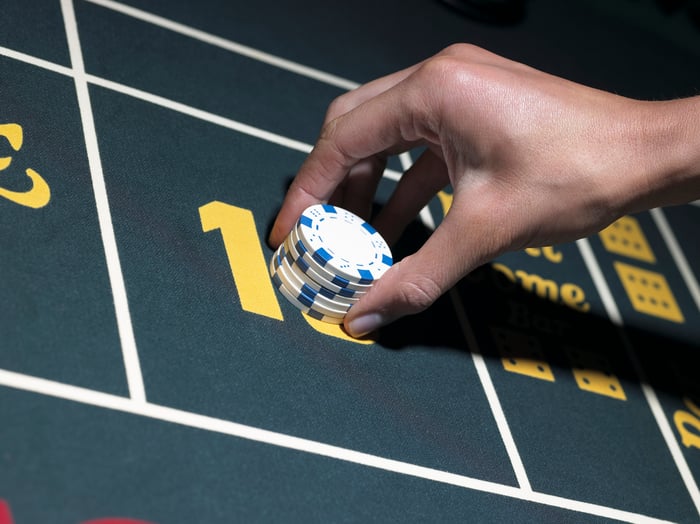 A prize-linked savings account can satisfy your urge to gamble, while also building up your emergency fund. Image source: Getty Images.

The more money you save, the greater your chances of winning. As one example, the Save to Win program is a prize-linked savings account currently offered in 12 states. Accountholders are given one entry into monthly and quarterly raffles for every $25 they save per month, up to $250. The monthly drawings offer smaller prizes of $25 or $50, depending on the state, while the quarterly drawings offer prizes of up to $5,000.

As of Dec. 13, the average interest rate paid on a savings account is a paltry 0.06%, according to the FDIC. So it's understandable why consumers might not be too eager to stash large sums of money in these accounts. After all, that means a $10,000 savings account would earn just $6 per year in interest.

In other words, traditional savings accounts pay such low interest rates right now that it may as well be nothing in many cases. And if savings accounts pay practically nothing, it makes sense that consumers would want to park their money in an account that actually pays no interest but gives them a risk-free chance to win a significant sum of money.

Nearly half of the U.S. population wouldn't be able to cover a $400 unplanned expense without borrowing the money (such as with a credit card) or selling something, according to a Federal Reserve report.

So, prize-linked savings accounts give Americans who don't have much savings an incentive to put some money aside for emergencies. And the early results show that these accounts have motivated people to save. To name one example, FinancialEdge Community Credit Union in Bay City, Mich., has offered a prize-linked savings account program for six years, and the average account balance has grown to about $5,000 -- more than 10 times the median emergency savings in the United States.

Before you run to the bank and ask to open a prize-linked savings account, there are a few things you should know.

First, prize-linked savings accounts are illegal in more than half of U.S. states because of gambling and lottery regulations. If your state hasn't specifically authorized these types of accounts, you're out of luck.

Second, and most significantly, it's important to note that prize-linked savings is not a substitute for an investment plan. Specifically, there is no guaranteed return (no interest), and even the expected return from one of these accounts is rather low. Even if you win one of the $25 monthly prizes (for which your odds aren't great), you're likely to achieve far superior returns over time using an IRA or other form of investment account.

However, it's not a smart idea to put all of your money into a prize-linked savings account simply to increase your chances of winning a prize. Save a certain amount of money each month to build up your savings, but it's still important to have a long-term investment plan such as an IRA filled with stock and bond investments, which historically have produced much higher returns.