Please ensure Javascript is enabled for purposes of website accessibility
Free Article Join Over 1 Million Premium Members And Get More In-Depth Stock Guidance and Research
By Maurie Backman - Updated Dec 18, 2017 at 9:05AM

Want the thrill of gambling without losing money? A prize-linked savings account could be right for you.

It's not a secret that Americans have a pretty serious savings problem. In fact, a recent report by the Federal Reserve found that nearly half the U.S. population would struggle to come up with $400 to cover an unplanned expense. On the other hand, countless folks seem to have no problem losing money to gambling. Americans threw away a collective $116.9 billion in gambling losses last year, and spent $70 billion on lottery tickets in 2014.

Now if you ask any logical person who's low on savings whether it pays to stash spare cash in the bank versus gamble it away, the response would most likely favor the former. Most people's behavior, on the other hand, favors the latter, and a lot of that boils down to the thrill of winning big. 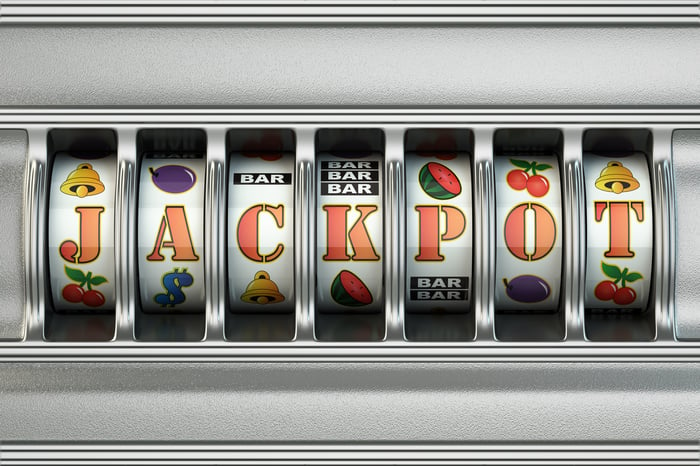 After all, saving money is hardly exciting. And with today's interest rates being as low as they are, savings account holders have little to gain by sticking their money in the bank. Lotteries and slot machines, by contrast, offer more of a prospective upside. And why put a spare $100 in the bank and earn a mere $1 a year in interest when you could take that money over to a casino or use it to buy lottery tickets and turn it into thousands?

The problem, of course, is that your odds of winning the lottery are so low that you're four times more likely to get struck by lightning. And gambling is hardly a sure thing. But what if there were a way to protect your money while getting an opportunity to win a major payout at the same time? Well, there is. It's called the prize-linked savings account, and it's a good option for folks who need serious motivation to put more money in the bank.

Prize-linked savings accounts work just like regular savings accounts, except that instead of earning interest on your money, you get a chance to take home a potentially sizable cash prize. In lieu of what would normally be interest payments, that money gets pooled into a giant pot and is raffled off periodically to account holders.

Now in most of the country, prize-linked savings accounts are illegal because of gambling and lottery laws. But as of 2017, there are 20 states that allow them.

Why save in a prize-linked account versus a standard one? It's simple: You get to experience the excitement that comes with having a chance to win big. And while some might argue that prize-linked savings accounts are a bad idea, they're actually a terrific substitute for gambling or lottery ticket spending.

Americans blow more than $300 a year, on average, on lottery tickets in the 43 states that sell them. And while that may not seem like such an egregious sum, the problem is that those who are the least likely to afford those tickets are the most likely to buy them. Duke University reports that the poorest third of households in the country buy half of all lottery tickets sold -- the same people who are the most vulnerable in the face of financial emergencies.

Now it's true that by saving in a prize-linked account, you're giving up the chance to earn interest income. But the fact that these accounts give folks incentive to save is reason enough to applaud them. Currently, an estimated 57% of U.S. adults have less than $1,000 in savings, while 39% have no savings at all. And while you'd think more folks would be motivated to save by virtue of wanting protection against the unknown, clearly, countless Americans are willing to just wing it instead. And that's how prize-linked savings accounts can help.

In fact, these accounts are a great place to put your emergency fund -- money you should have available in the event that you fall ill, lose your job, or get hit with an unplanned bill that your regular paycheck can't cover. The reason? You'll never risk losing your principal deposit in a prize-linked account, whereas if you gamble or play the lottery, you could end up throwing your cash away in a flash.

Furthermore, while it's smart to invest money you're not using, or don't expect to use in the near term, it's rarely a good idea to invest your emergency savings. If you buy stocks with that money, and the market takes a dive the same week you need to make a withdrawal, you could lose a chunk of your savings, just like that.

If regular old savings accounts don't appeal to you, consider putting some money into a prize-linked account. You'll get the same amount of protection, and if you're lucky, you might just come out a winner.