Please ensure Javascript is enabled for purposes of website accessibility
Free Article Join Over 1 Million Premium Members And Get More In-Depth Stock Guidance and Research
By Maurie Backman - Jan 7, 2017 at 9:23AM

It's a lot of money. And it needs to stop.

Countless Americans dream of striking it rich by scoring a winning lottery ticket. And while there's nothing wrong with taking a chance on a lotto ticket once in a while, many of us are wasting far too much cash on the unlikely prospect of instant wealth. 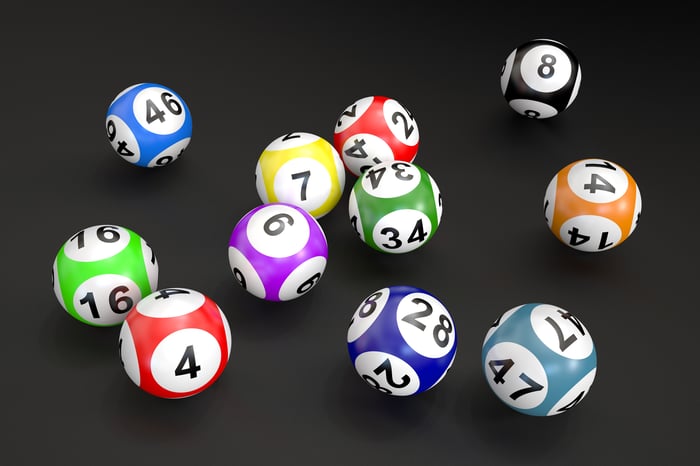 Billions of dollars thrown away

Americans spent $70 billion on lottery games in 2014. That's more than $300 per adult in the 43 states where lotteries are legal. In fact, Americans spent more on lottery tickets that year than they did on sporting events, movie tickets, books, video games, and recorded music.

Of course, some people consider the lottery a form of leisure and budget for it accordingly. But for lower-income households, those tickets often constitute a major financial strain. According to a Duke University study, the poorest third of households buy half of all lottery tickets sold, and a big part of it has to do with advertising. Those who are paid to promote lottery sales are good at marketing the almost-impossible dream of buying a one-way ticket out of poverty. As a result, folks who can least afford those tickets typically end up spending the most.

But even if you're in a decent spot financially, buying lottery tickets isn't exactly a good use of your money given the extremely low chance of success. The odds of winning the Powerball jackpot on a single ticket, for example, are one in 292 million -- hardly an inspiring number. Even if your goal is to snag a smaller prize, you're more likely than not to come out a loser. According to Bloomberg research, the average lottery player in America loses roughly $0.40 for every $1 in tickets purchased. Talk about a bad return on investment.

A better way to get rich

Rather than bank on a winning lottery ticket to improve your financial picture, there's a more effective way to grow your wealth. If you take whatever spare cash you have and invest it in the stock market, you can put your money to work and amass a modest fortune over time. And the earlier you start investing, the more you stand to gain.

Let's assume you invest $500 a month in stocks and manage to generate an average annual 7% return, which is actually a couple of points below the market's historical average. The following table shows what you'd stand to gain based on your investment horizon:

As you can see, investing at a younger age produces a much more impressive result. Of course, it's hard to save money when you're first starting your career, especially if you have student debt hanging over your head. But if you commit to living below your means and manage to carve out enough room for savings, you stand to benefit greatly in the long run thanks to the beauty of compounding. As we just saw above, saving a base amount of $240,000 ($6,000 a year over 40 years) resulted in roughly five times that amount. Now that's a far better alternative to throwing money away on the lottery.

Of course, watching your stock investments grow over time doesn't offer the same fairytale effect as a winning jackpot. On the other hand, considering that almost 70% of lottery winners wind up broke within seven years, scoring that jackpot isn't as magical as it might seem. And given that you're far more likely to be struck by lightning than come away a lottery winner, you're better off putting your money in the stock market and reaping a slow but steady reward.