Before you invest in the next hot ICO, here's what you need to know.

2017 has been a banner year for cryptocurrencies such as bitcoin, Ethereum, Litecoin, and an assortment of others. We've also seen an explosion of initial coin offerings, or ICOs, a relatively new fundraising mechanism for start-ups. Whether you're a digital-currency investor or a finance professional, or of you've just been sitting on the sidelines wondering what cryptocurrencies are, Securities and Exchange Commission Chairman Jay Clayton, as well as several cryptocurrency experts, have some words of warning for you.

What you should know about cryptocurrencies

In regard to cryptocurrencies and ICOs, which we'll discuss in a bit, Clayton said in a recent public statement: "There are tales of fortunes made. ... We are hearing the familiar refrain, 'This time is different.'" 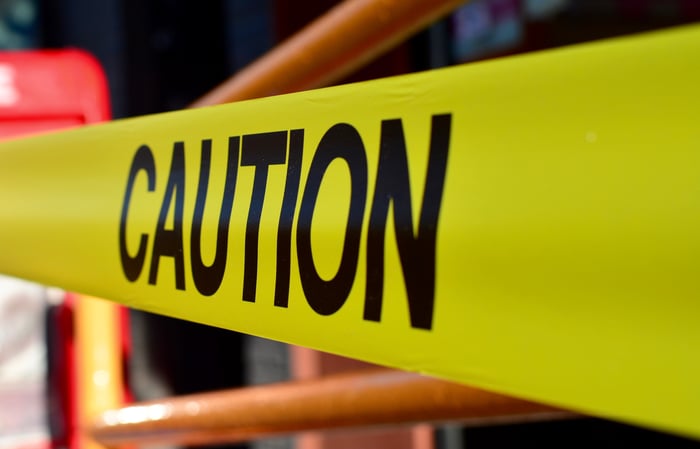 By far, the best-known and highest-valued cryptocurrency is bitcoin, but there are many others. Generally speaking, the SEC says cryptocurrencies are items that supposedly have some inherent value and are designed to enable purchases or other financial transactions.

Most of the chairman's recent statement had to do with ICOs, and not the more established cryptocurrencies like bitcoin.

However, in a previous statement, the SEC had some words of caution about bitcoin and bitcoin-related investments. For example, the SEC emphasized that since bitcoin is difficult or impossible to trace, if a fraud or theft happens, you may have no recovery options. Unlike U.S. currency, bitcoin is not insured by the FDIC or in any similar manner.

In addition, the SEC warned would-be investors about bitcoin's volatility, pointing out that the digital currency has previously dropped more than 50% in a single day. It also warned that bitcoin exchanges can be vulnerable to hackers and malware.

Similarly, the Financial Industry Regulatory Authority has issued an investor alert titled "Bitcoin: More Than a Bit Risky," explaining how bitcoin works and warning of the risks of speculative trading in bitcoin.

An initial coin offering is a mechanism by which certain start-ups are raising money. Generally, investors send some form of money -- whether cash, bitcoin, or something else -- to the start-up in exchange for a new type of digital token that can be used for a certain purpose, such as buying a service from the start-up.

The popularity of ICOs has surged in 2017. As of mid-December, there have been 234 ICOs that have raised a combined $3.7 billion, according to CoinSchedule. Clayton says that to date, no ICOs have been registered with the SEC.

While some of these are indeed legitimate and even have the potential to deliver real value for investors, others aren't. Even some major players in the cryptocurrency space warn investors about ICOs. For example, Brad Garlinghouse, CEO of Ripple -- the fourth largest cryptocurrency -- told CNBC, "I think a lot of what's happening in the ICO market is actually fraud," pointing out that many investors are currently suing ICO issuers.

Clayton says, "As with any other type of potential investment, if a promoter guarantees returns, if an opportunity sounds too good to be true, or if you are pressured to act quickly, please exercise extreme caution and be aware of the risk that your investment may be lost."

Along with Chairman Clayton's public statement, the SEC published a list of questions that prospective investors should ask before they consider putting some of their hard-earned money into an ICO. Just to name a few:

To be fair, Chairman Clayton's statement isn't entirely negative on cryptocurrencies and ICOs. In fact, Clayton says: "The technology on which cryptocurrencies and ICOs are based may prove to be disruptive, transformative, and efficiency enhancing. I am confident that developments in fintech will help facilitate capital formation and provide promising investment opportunities for institutional and Main Street investors alike."

For example, the chairman's statement acknowledges some of the potential advantages of cryptocurrencies, such as the ability to make transfers without an intermediary, low transaction costs, and public verification of transactions.

In other words, new technologies such as those represented by bitcoin and other cryptocurrencies should be embraced, but with caution. Clayton goes on to urge investors to "apply good common sense" when evaluating or investing in one of these new types of investment vehicles.

For example, if you feel strongly about the future potential of bitcoin, realize that it is still a highly speculative investment, so only invest a small portion of your capital -- say, 1% or 2%. Or, if you're looking into an ICO, and the answers to the questions listed earlier just don't sound right, move on to other opportunities.