Shares of Riot Blockchain are surging with the price of bitcoin and the launch of bitcoin futures.

Shares of Riot Blockchain (RIOT 7.13%) are soaring, rising about 22% as of 12:30 p.m. EST. The company's soaring share price follows the launch of CME's bitcoin futures and a short-lived surge in the price of bitcoin over the weekend that valued the digital currency as high as $20,000.

Riot Blockchain is emblematic of the on-going bubble in all things cryptocurrencies. As recently as October, Riot was a struggling biotech company that had operated under several names (most recently, Bioptix). Its SEC filings reveal a lengthy list of past business failures, departed executives and board members, and multiple auditors.

Having largely failed in the medical business, Bioptix announced in an October 4 press release that it would change its name to Riot Blockchain, becoming a "strategic investor and operator in the blockchain ecosystem with a particular focus on the Bitcoin and Ethereum blockchains," according to its press release. 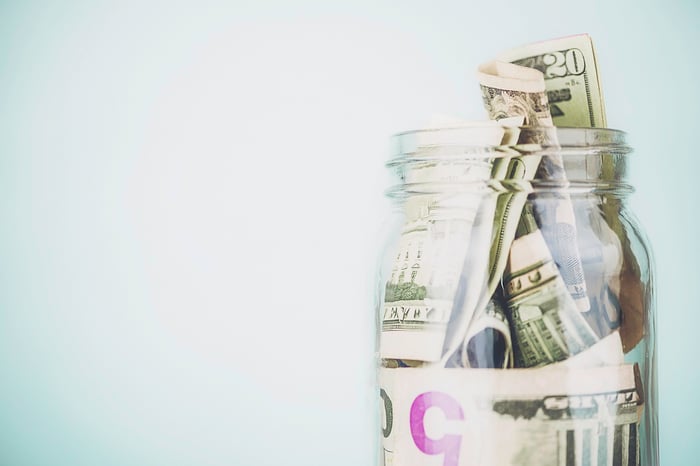 Over the weeks that followed, Riot invested in a number of companies that appear to be at least nominally involved in cryptocurrency businesses. In one example, Riot Blockchain made a $3 million minority investment in Coinsquare Ltd, which it called "one of Canada's leading exchanges for trading digital currencies." A chart in an October presentation reveals that Coinsquare had only recently begun to add more than 200 new verified users on a daily basis.

In exchange for its investment, Riot took a 10.9% stake in Coinsquare and received warrants that entitled it to purchase 4.7% more of the company, according to its third-quarter earnings report. Little is known about the investment other than what Riot shares in cryptic press releases.

Two weeks ago, Riot Blockchain announced that Coinsquare received a "milestone investment" at "over 3x the valuation" it had at the time of Riot's investment. But Riot didn't disclose any additional information about the terms of the investment, or even name the investor. Riot's press release says only that "a prominent global asset manager with over a trillion dollars under management led the round."

Riot issued preferred stock worth roughly $12 million to pay for the acquisition, a hefty price considering the mining hardware Kairos Global Technology owned could be purchased direct from the manufacturer, Bitmain, for less than $2.1 million.

Riot Blockchain has become nothing more than a vehicle for speculation. Prices aren't driven by intrinsic value, but by speculators' belief that a "greater fool" will later be willing to pay more for their shares.

Riot Blockchain's price seems to follow prices of bitcoin and other cryptocurrencies, with the occasional surge driven by promotional press releases of new business developments. Riot shares surged just one week ago, when the company announced that Tess, a company in which it owned a 52% stake, signed a non-binding letter of intent to merge with a Canadian penny stock with less than $300 of average daily trading volume.

Those who want to wager on the price of bitcoin and other cryptocurrencies are likely better served buying the digital currencies on online exchanges rather than buying shares of biotech companies turned bitcoin investors.