The GOP tax plan would bring big sweeping changes to tax rates, tax brackets, and tax deductions. Some of the biggest changes would affect America's 80 million homeowners, thanks to lower limits on how much mortgage interest and property taxes can be deducted and whether interest on certain types of housing-related loans can be deducted at all.

Here are the three biggest changes homeowners should know about in the GOP's tax plan.

1. Big changes in how much (and what types) of mortgage interest you can deduct

As it stands today, mortgage interest gets preferential treatment from the IRS. Currently, Americans can deduct mortgage interest on up to $1 million of indebtedness incurred to purchase their home. The average filer who uses this deduction saves approximately $1,900 on their taxes, according to data from the Joint Committee on Taxation.

Under the new tax plan, the deduction would be limited to $750,000 of indebtedness starting with the 2018 tax year. However, filers who have mortgages issued before the Dec. 15, 2017, cutoff would be grandfathered in, and will still be able to deduct interest on up to $1 million of mortgage-related indebtedness. 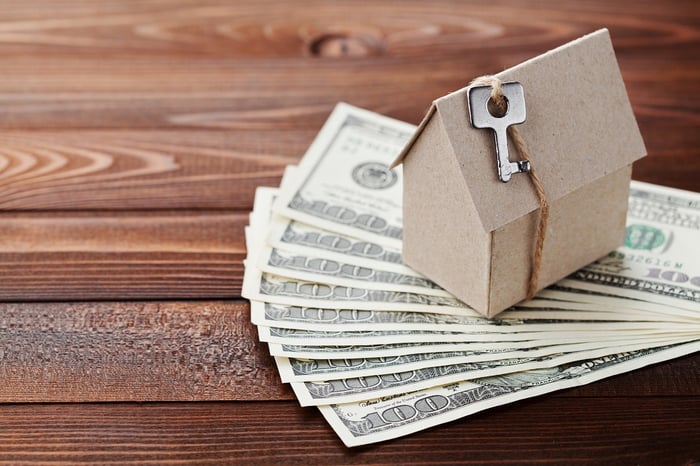 The proposed tax bill would also eliminate a common way for homeowners to use home equity loans to score tax-deductible financing. Interest paid on home equity loans that aren't considered home acquisition debt will no longer be tax deductible under the GOP tax plan. Currently, homeowners can deduct interest on up to $100,000 of such indebtedness.

In the past, Americans have used their home equity to get low, tax-deductible interest rates on large purchases, even if they weren't housing related. For example, one might use a home equity line of credit (HELOC) to purchase a luxury recreational vehicle at a cost of $100,000. Thus, the homeowner scores a lower interest rate (HELOCs are one of the least expensive ways to borrow money) and get the ability to deduct the interest from their taxes. The GOP tax plan closes this "loophole" for using home equity as a cheap source of consumer financing.

Deductions will change in a big way should the GOP plan pass. For homeowners who live in states with high income and property taxes, a cap on deductions could bite at tax time. Whether or not state and local taxes (SALT) should be deductible has been a hot button issue in this year's tax debate.

The GOP's final bill allows taxpayers to deduct only up to $10,000 of state and local property taxes ($5,000 for married taxpayers filing a separate return). Under current tax law, there is no limit on how much state or local taxes can be deducted from your federal taxes.

3. Fewer homeowners will itemize to save money

Under the GOP plan, fewer homeowners may find it worthwhile to itemize to claim their deductions. That's because the standard deduction will nearly double to $12,000 for individuals and $24,000 for married individuals who file a joint return in the 2018 tax year.

Estimates by Zillow suggest that many homeowners will simply stop itemizing if the tax bill is passed. The real estate listing website found that roughly 44% of American homes are worth enough that it makes sense for homeowners to itemize their deductions to write off mortgage interest and property taxes. Under the proposed tax plan, that proportion drops to 14.4%.

The effect is most pronounced in areas that have a combination of high housing prices and state and local taxes. In Los Angeles County, Zillow estimates that 94% of homes are priced high enough that it makes sense for homeowners to itemize under current tax law. Under the GOP plan, that proportion falls to 48% of homes there.

Notably, Zillow points out that its analysis assumes homeowners are in the first year of a 30-year mortgage, when the interest payments are largest as a percentage of their monthly payments. Homeowners who have paid on the same mortgage for several years or who use a lower APR 15-year mortgage would be even less likely to itemize.