Please ensure Javascript is enabled for purposes of website accessibility
Log In Help Join The Motley Fool
Free Article Join Over 1 Million Premium Members And Get More In-Depth Stock Guidance and Research
By Dan Caplinger - Dec 19, 2017 at 10:33AM

2017 has been a stellar year on Wall Street, and financial industry stocks in particular have thrived because of rising interest rates and strong investor sentiment. FactSet Research Systems (FDS 0.38%) has tapped into those positive trends by offering valuable services to financial institutions that help them in turn serve their clients. With the economy firing on all cylinders, conditions look equally propitious for it in 2018.

Coming into Tuesday's fiscal first-quarter financial report, FactSet shareholders were hoping that the company would begin its new year on a positive note, and although it didn't quite meet growth expectations on the revenue front, its earnings were impressive. 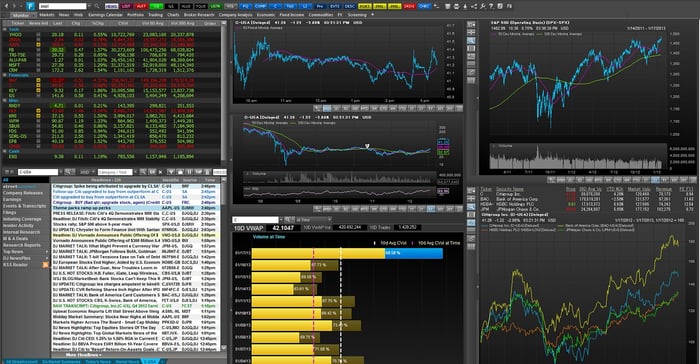 The financial services company's fiscal Q1 results were mixed, relative to the market's general expectations. Revenue gains of 14% resulted from $329.1 million in sales, but that was slightly below what those following the stock had predicted. Adjusted net income climbed 15% to $80.9 million, and that produced adjusted earnings of $2.04 per share. That compared favorably with analysts' consensus forecast for $1.98 per share on the bottom line.

However, some of FactSet's fundamental metrics showed signs of slowing growth. Annual subscription value came in at $1.32 billion, which was up just 5% from year-ago levels and roughly unchanged from its level in the fourth quarter of fiscal 2017. Organic growth in that figure was limited to just 0.1%. FactSet got slightly more growth from its buy-side clients than its sell-side customers, but the difference amounted to just over a single percentage point.

On the operational side, its client count rose by only 65 over the past three months, coming in just over 4,800. The user count actually decreased by more than 250 to just under 88,600, a drop FactSet blamed on cancellations among its StreetAccount users. Client retention stayed above 95% of subscription value, although the 90% rate when expressed as a percentage of clients was down another percentage point from where it was last quarter.

FactSet continued its progress toward globalizing its business. International subscription value climbed by 22%, with about 15 percentage points of that growth coming from acquired businesses. That compared to just an 8% rise in subscription value domestically, with organic growth accounting for just half of those gains. Global employee headcount rose to more than 9,400, up 8% since this time last year.

CEO Phil Snow kept his eyes on the long-term prize. "We are making meaningful progress in integrating our new acquisitions," Snow said, "and are excited about our expanding suite of workflow-based solutions."

Company executives are also pleased about FactSet's prospects. In the CEO's words, "We enter fiscal year 2018 with strong earnings growth, and we see positive ASV momentum in our second quarter." CFO Maurizio Nicolelli added, "We are providing annual guidance for fiscal 2018 that is reflective of our healthy sales pipeline."

Shareholders will have to make do with less information about FactSet's short-term expectations henceforth, as the company said it would no longer provide quarterly guidance. But in terms of annual guidance,  FactSet said that it expects revenue of $1.34 billion to $1.36 billion for fiscal 2018, with adjusted earnings of between $8.25 and $8.45 per share. That's above the current consensus forecast of $8.19 per share, and the sales projection is consistent with the $1.35 billion that those following the stock had expected prior to the announcement.

FactSet investors weren't happy with the revenue shortfall or the operational slowdowns, and the stock fell 7% in early trading following the announcement. In the long run, FactSet will need its financial institution clients to remain healthy if it's going to maximize its potential, but the services provider seems to be on track to sustain its long-term growth trajectory in 2018 and beyond.