Netflix's (NASDAQ:NFLX) reign was established back in 2015 when Collins' dictionary named "binge-watch" as its official word of the year.

And that reign has continued this year, as Netflix members around the globe watched over 140 million hours of content per day on the streaming site, the company reported. That translates to more than a billion hours per week.

Spending billions to make bingeable content seems to be paying off for Netflix. 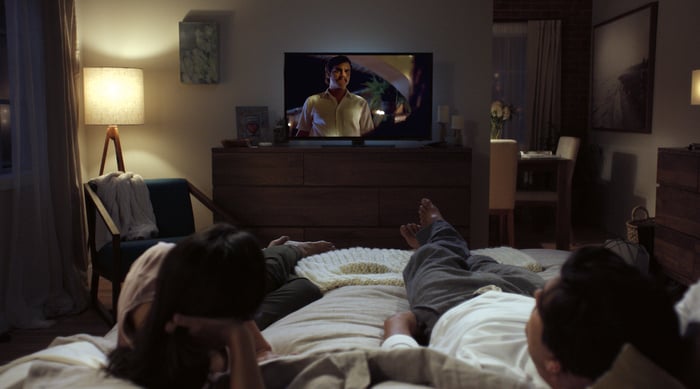 In 2018, Netflix expects to spend $7 billion to $8 billion on content, Netflix CFO David Wells said on the latest earnings call.

Investors remain mostly content, considering Netflix's third-quarter revenue grew by 33% year over year to $2.98 billion. Revenue topped expectations, partly because of the 7% increase in the average price that subscribers pay each month after Netflix raised prices in early October.

This steady uptick in subscribers is evidence that Netflix's focus on producing high-quality movies and TV shows is helping it keep its current subscribers, while also adding new subscribers who have been persuaded by Netflix's advertising or, more likely, by word-of-mouth advertising.

"I think [the growth in subscribers] might be just a reflection of the steady drumbeat of high-quality content that people are watching, that are not necessarily all concentrated in the same pockets," Chief Content Officer Ted Sarandos explained in the earnings call.

Those who are already a part of Netflix are addicted to it, while those who aren't a part of it are being sucked in by the high-quality content that continues to make headlines.

Netflix maintains that its content library will be at least 50% original content by 2020. That means Netflix's reliance on licensing deals with other companies will continue to drop over the next two years.

That's good news for the investors who were spooked by Disney's (NYSE: DIS) sudden announcement in October that it will pull its content from the streaming site after 2018 to start a competing service.

"At the end of the day, to the consumer what's important is that it's exclusive and only on Netflix," Wells said.

Producing more original content isn't just about delighting its viewers, though. The sudden breakup with Disney was a wakeup call that Netflix can't be too reliant on outside content producers.

Sarandos sought to calm any fears that other licensing partners would suddenly drop out by saying he's confident that the shift to more original content won't be "erratic," since they have long-term agreements with their partners. By the time the deals run their courses, Netflix will have had time to further build up its original content base.

"This allows us to avoid near-term optimization for specific domestic or international contribution margin targets which could impede our long-term growth," the company wrote in its latest earnings report. 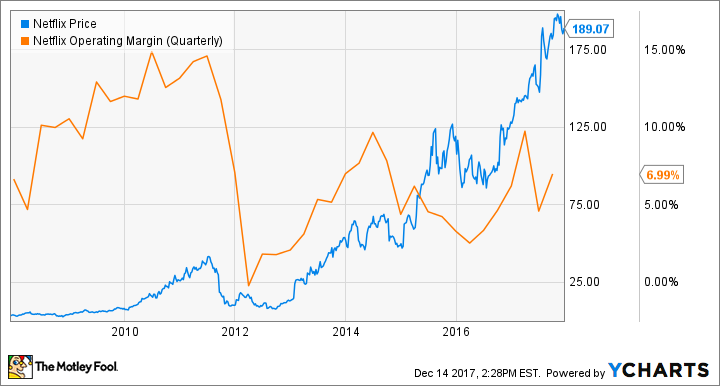 Netflix clearly took the harder road with producing its own content, but it's paying off in the long term. While spending billions on content has cut into revenue and what's left for investors, the strategy is obviously working as people around the world jump on the bandwagon to watch the latest hit series.

Netflix's story is one I'd binge-watch any day.