Is luxury-auto maker Ferrari (NYSE:RACE) about to accelerate its production? That's what a recent Bloomberg article, citing "people familiar with the matter," says the company is up to. The report is credible, considering that the company's stated goal is to boost its production by around 12% from 2016 to 2019.

Investors have been very keen on this stock recently, and I think that'll pick up speed if this speculation -- so far unconfirmed by the company, I should note -- turns out to be true. 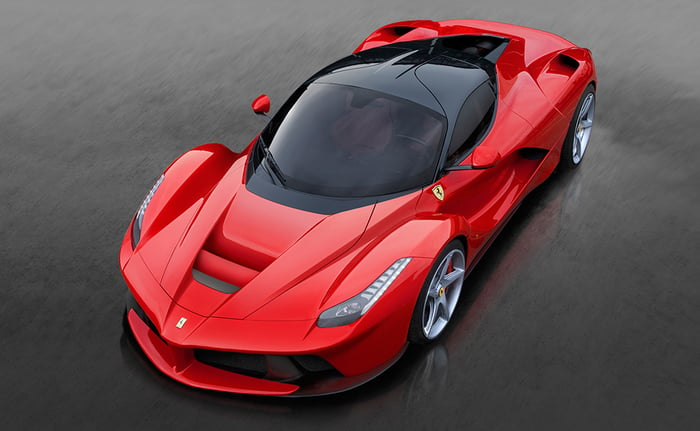 Ferrari has several main levers it can pull to rev up its financials. The first is to make and sell more of its higher-end, 12-cylinder supercars such as the LaFerrari -- price starting at $1.4 million, assuming you can find one of the extremely limited-edition vehicles for sale -- and the FXX K Evo, a racetrack-only rocketship on wheels that is so exclusive it doesn't have a sticker price. Its predecessor apparently cost around $3 million.

A supercar means a super profit margin, which is a major reason Ferrari's been slaying it on the bottom line lately.

The carmaker's Q3 was the latest in a series of strong quarterly results, with net profit rising a powerful 24% on a year-over-year basis to 141 million euros ($166 million), on revenue that increased more modestly, by 7% to 836 million euros, or $985 million. The key was sales of those high-end cars, which rose a sturdy 27% on a unit volume basis from the Q3 2016 tally.

Ferrari's second lever is its production volume. According to the Bloomberg article, CEO Sergio Marchionne aims to double its factory assembly shifts. Costs would rise, sure, but the company would be able to crank up its volume to keep those fundamentals rising.

Several years ago, Ferrari stated that it wanted to manufacture 9,000 cars per year in 2019; the double-shift move would help the company hit that goal one year earlier. This wouldn't exactly be a leap from the 2017 number, which when all is said and done should tally around 8,400. However, in Ferrari terms that's a mighty jump.

Lever No. 3 is the introduction of a new model. Actually, scratch that -- the introduction of an entirely new category for Ferrari. Another item on Marchionne's wish list is a Ferrari SUV, which he recently confirmed the company was pursuing. According to him, it'll take Ferrari around two and a half years to develop the vehicle to the point where it can be produced.

Almost from the beginning of Ferrari's life as an independent, publicly traded company -- it was spun off from Fiat Chrysler Automobiles in a 2015 IPO -- investors have been concerned about its growth.

After all, many -- including my Fool colleague John Rosevear -- consider it to be more a luxury-goods manufacturer than a carmaker. Maintaining that status means keeping the goods limited; production increases are typically small and insignificant.

That's what sets the company apart from its theoretical peers. Take ex-parent Fiat Chrysler, for example. Even though it's not as gigantic as some of its fellow carmakers, it's still a sprawling enterprise. It boasts a workforce of 231,000, it has 162 factories, and in 2016 it sold 4.7 million cars. That's almost 590 times Ferrari's count for that year.

Ferrari can't blow up its production to Fiat Chrysler levels. The great advantage it has, though, is that even a small ramp-up could really juice the financials -- as we saw with the bump in higher-end model sales. And the demand is very much there -- Ferrari has a five-year customer waiting list for its 12-cylinder 812 Superfast, for example.

Marchionne will apparently unveil Ferrari's strategic plan early next year at some point. I wouldn't be shocked at all if the production ramp-up is the central part of the new plan. I'd also fully expect the company to keep concentrating on those higher-end models, and I'd imagine that the SUV will roll out from the factory before long.

These moves should continue to spur fundamentals. I believe Ferrari will remain a compelling stock very much on investors' GPS screens.