Please ensure Javascript is enabled for purposes of website accessibility
Log In Help Join The Motley Fool
Free Article Join Over 1 Million Premium Members And Get More In-Depth Stock Guidance and Research
By John Rosevear - Dec 13, 2017 at 6:32AM

Ferrari doesn't play by big-automaker rules, and that makes it an interesting investment.

Let's face it: Unless they look more like tech companies than automakers, a lot of investors have a tough time with automotive stocks. Between crazy-high fixed costs, single-digit margins, mature, low-growth markets, and the threat of disruption lurking around every corner, it just seems easier to invest elsewhere.

That's especially true late in the economic cycle, where we (probably) are now, as automakers' margins tend to get clobbered as sales slow down.

So let's talk about the one automaker that might be an exception to those rules, just as it is to so many others: Ferrari (RACE -2.51%). 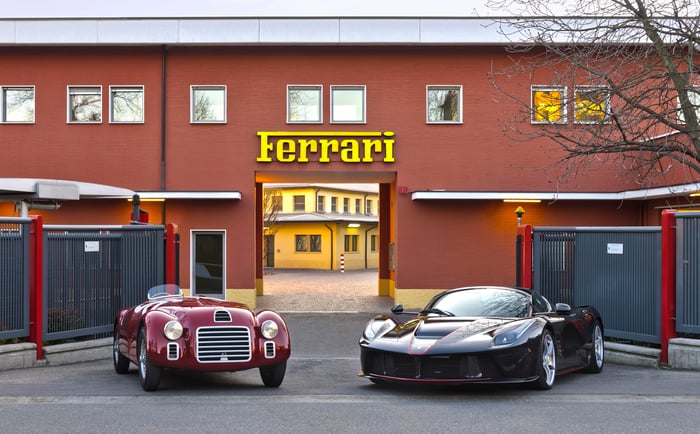 Ferrari celebrated its 70th anniversary in 2017, but it could be poised for record growth in the coming years. Image source: Ferrari.

Why Ferrari is racing ahead of rivals

But you might not know that Ferrari's business fundamentals are just as intriguing as the sound of its famous V12 engines:

If there's a concern about Ferrari, it's around the potential for profit growth. For years, the company has limited its annual production to preserve exclusivity (and those margins). But CEO Sergio Marchionne has made it clear that Ferrari has several paths to profit growth, including modest increases in production, more limited-run (and very high-priced) exclusive models, expanded services for owners of older Ferraris, and careful extensions of its brand.

Marchionne is expected to lay out a detailed profit-growth plan in a presentation to investors soon, likely in the first quarter of 2018. If the plan is solid, the presentation should serve as a catalyst for the stock. 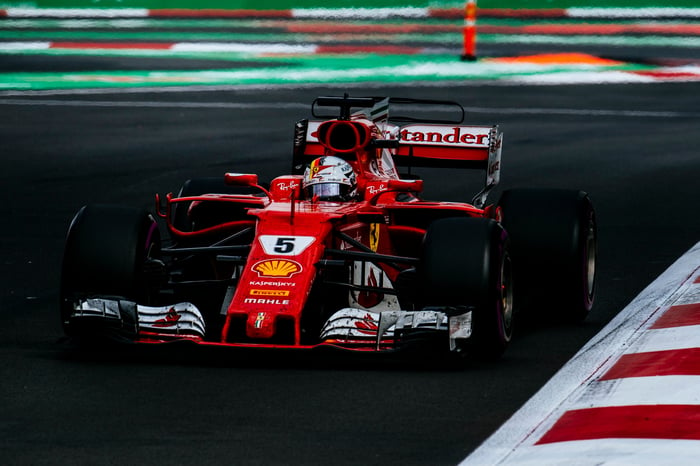 Racing, a cornerstone of Ferrari's business since its founding, is both a revenue generator and a superb brand-builder. Ferrari driver Sebastian Vettel finished second in the 2017 FIA Formula 1 Championship. Image source: Ferrari.

But is Ferrari a buy now?

Ferrari's shares have had a tremendous run, nearly doubling in value since the company's late-2015 initial public offering. But its share price has fallen about 11% since its (quite good) third-quarter earnings report in early November.

At current prices, Ferrari is valued at about 28 times earnings. That's steep compared to the big automakers, which tend to hover around 10 times earnings when the economy is strong. But it's about right for a luxury company, which is where Ferrari, with its fat margins and tremendous brand, arguably belongs. For comparison, Coach parent Tapestry (TPR -1.97%) and Tiffany and Company (TIF) are currently trading around 25 and 26 times earnings, respectively.

My sense is that Ferrari's recent stock-price drop is just a correction, not a major shift in sentiment. Unless the global economy suddenly sours, the stock's upward march seems likely to resume after Marchionne presents his plan, if not before.

Long story short: I think investors who buy here could be quite happy with the results in a couple of years.